'You can't target actors to run your agency': Sara Khan lashes out at media: Exclusive

International Business Times India, exclusively got in with Sara Khan and spoke at length about the reason why she penned down the letter, the reason she lashed out at media and if she regrets anything in life.

Sara Khan is popularly known for playing Sadhna from her decade-old show Sapna... Babul Ka Bidaai and television reality show Bigg Boss 5. Post which she has been part of various shows and music videos. The cute and friendly actress who usually avoids controversies and takes it like a pinch of salt is miffed with media's constant reports on her lip surgery.

Despite Sara clarifying it time and again, few media houses went on to write juicy headlines surrounding the lip surgery. This irked the actress and after keeping mum for over a year and a half, the heartbroken actress vented out her thoughts and wrote a letter on her social media. She captioned the letter as 'I was compelled to write this today, I just had to let it out' 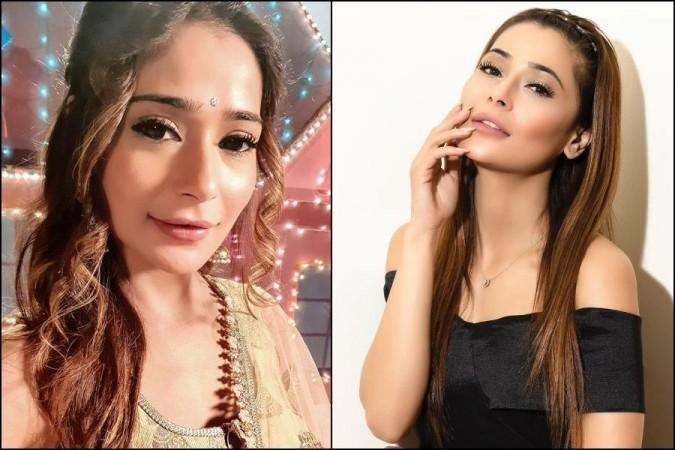 International Business Times India, exclusively got in with Sara Khan and spoke at length about the reason why she penned down the letter, the reason she lashed out at media and if she regrets anything in life.

Excerpts from the conversation

Sara lashes out on media

I would like to tell the people of media to be human and understanding,  you can't target actors just to run your agency and make a juicy headline. Even if you make a certain headline, at least ask the actor and clarify before you make a notion and judgement. Do not manipulate the facts to sell your news. If you have heard something about them, write it but don't keep on tagging the actor based on one incient and create controversy and making fun of the actor.

Be a responble journalist and understand that actors are also human.

No, I don't regret anything and I believe that one grows from the mistakes they have made in the past. I am grateful to the person I am today.

Dimitar Berbatov: Earlier it was about the championship of Manchester United, now it is about the top 4
Zidane wants to see Mane at Real Madrid, but the club cannot afford this transfer
Manchester United and Manchester City have made inquiries about Griezmann. Barcelona does not want to let him go
Alaba and Coulibaly, among the purposes of the transfer of Guardiola. He wants to start rebuilding at Manchester City
The new Chelsea uniform is inspired by London tailors. With the logo Three, Lampard's team immediately missed out on three from West ham
Hakimi on racism: Everyone should talk about it, not just the players. Everyone needs equal rights
Zidane on La Liga: there are six finals Left. We are fine, but it doesn't mean anything
Source https://www.ibtimes.co.in/you-cant-target-actors-run-your-agency-sara-khan-lashes-out-media-exclusive-821514

Putin could rule Russia until 2036. He's already one of the longest-serving leaders.