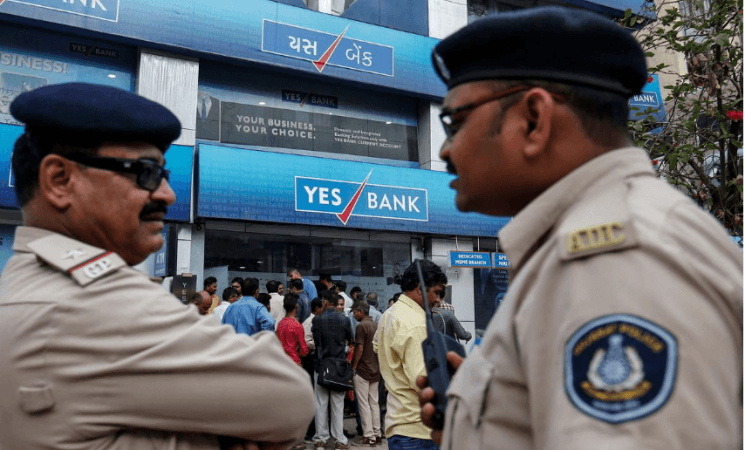 Some foreign assets of Kapoor have also been frozen by the federal agency.Reuters

The Enforcement Directorate (ED) has attached Rs 2,203 crore assets of Yes Bank founder Rana Kapoor, his family, Dewan Housing Finance (DHFL) promoters and others under the Prevention of Money Laundering Act (PMLA) in the Rs 3,700 crore fraud case, according to officials, here on Thursday.

The ED had earlier filed a charge-sheet in the case against Kapoor, his daughter Roshni Kapoor - promoter of DoIt Urban Ventures (India), DHFL's Kapil R. Wadhawan, Dheeraj R. Wadhawan, and other entities, like Belief Realtors and RKW Developers.

Some foreign assets of Kapoor have also been frozen by the federal agency.

It follows a case registered in March by the Central Bureau of Investigation (CBI) under various laws, including the Prevention of Corruption Act, against the accused and unknown entities pertaining to fraud charges against Yes Bank.

On March 9, the CBI searched the premises of the accused. In early May, two months after Kapoor's arrest on March 8, the ED also filed separate charge-sheet before a Mumbai Special Court.

The ED is separately probing into allegations of Rs 600 crore payment to a company, controlled by Kapoor and his family, by a firm linked with the scam-tainted DHFL.

The Kapoors, including his wife and three daughters, allegedly received huge kickbacks through the companies owned by them for sanctioning big loans to some corporate entities that later turned into non-performing assets.

DHFL founders, Kapil Wadhawan and Dheeraj Wadhawan, were arrested in April by the CBI in the same case from Mahabaleshwar, a hill station. They were absconding since the start of the probe.

The CBI has charged that Yes Bank invested Rs 3,700 crore in short-term debentures in DHFL for which the Wadhawans paid Rs 600 crore kickback to the Kapoors in the form of a loan to DoIT Urban Ventures, owned by his daughters.

German Count Zeppelin, heated underpants and Herbert Chapman. The final that started the great Arsenal of the 1930s
Klopp has signed a contract with adidas. Liverpool have an agreement with Nike
Jose Mourinho: Casillas and I have a good relationship. Over the years, they developed into an honest friendship
Tottenham will buy Heybjerg from Southampton for 15 million pounds. And will release Walker-Peters for $ 12 million. Southampton Midfielder Pierre-Emile Heibjerg is close to changing clubs
The Champions League will be finished under the new rules. The amendments will make it easier for goalkeepers to take penalties
UEFA will count 0:3 for clubs whose fault is due to the coronavirus will disrupt European Cup matches
15-year-old forward Mukoko trains with the Borussia Foundation. He will be able to play for Dortmund in November
Source https://www.ibtimes.co.in/yes-bank-case-ed-attaches-rs-2203-cr-assets-rana-kapoor-others-824144

'Shame on all of you': Texas wife blames Trump and Gov. Abbott for husband's COVID-19 death

Trump backtracks on mail-in voting, says it's OK to do in Florida

Cases of polio-like illness may increase among children, CDC warns

Hoda Kotb Is Totally Down for a Wild Mykonos Bachelorette Party!

New York's De Blasio is an 'absentee landlord,' the 'least-liked mayor in the history of the universe': Gutfeld

Trump Doesn’t Know How to Campaign As an Incumbent

California man recounts harrowing escape from wildfire: 'I put the pedal to the floor'

‘Wearing goggles might become the norm’: Here are the best ones you can buy on Amazon

Conflicting reports on what caused the explosion

'Aliens built pyramids': Musk's tweet gets him invited to Egypt to clear suspicion

Kayleigh McEnany Confirms Trump Is ‘Not Considering a National Lockdown’

Chad Johnson claims he was ‘falsely’ accused of domestic violence

Paris Jackson says there is no label for her sexuality

Tom Del Beccaro: If Biden wins 2020 election, his policies would damage US in 3 major ways

Microsoft relax, Apple has no interest in buying TikTok

Official: US will extend support for Venezuela’s Guaidó

‘The Haves And The Have Nots’: Return Date & Teaser For Tyler Perry’s OWN Drama