"Clown", "Liar", "just shush for a minute" and "keep yapping" were the insults that will forever be the highlight of the first Trump-Biden US presidential debate 2020 with Fox News anchor and moderator Chris Wallace coming in for serious flak based on how he allowed American President Donald Trump to aggressively interrupt his Democratic challenger Joe Biden throughout the first US presidential debate in Cleveland, Ohio. 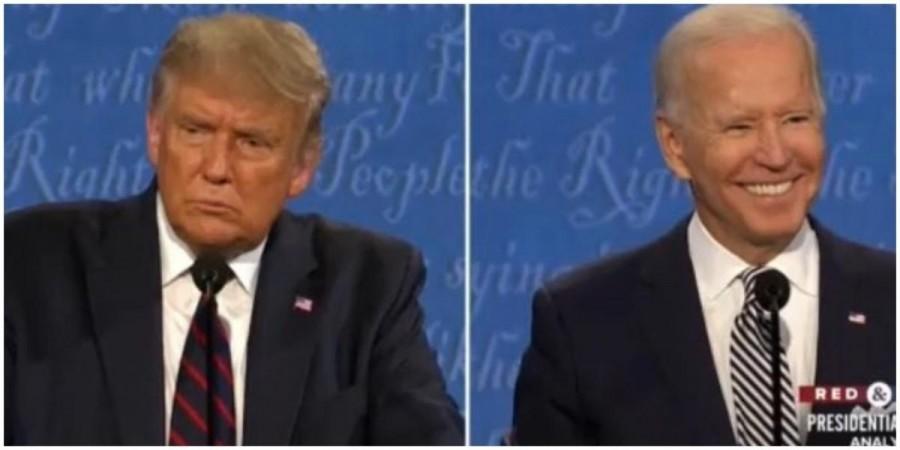 Trump snarled, grimaced and wagged his fingers at Biden repeatedly throughout the 90-minute debate. At one point, he said: "I'll tell you Joe, you could never have done the job that we did. You don't have it in your blood."

Everything he says here is a lie: Biden snapped.

The US election is 35 days away and it is increasingly likely that in the current Covid-19 situation, the results may not be known for days or weeks after November 3 -- the election date.

"I'm 80 per cent sad, and 20 per cent mad as hell", is how Claire McCaskill, former Senator from Missouri, described her takeaways from the debate.

Washington Post columnist Eugene Robinson thinks "much of the nation must have been appalled." "I don't know what the hell we watched." 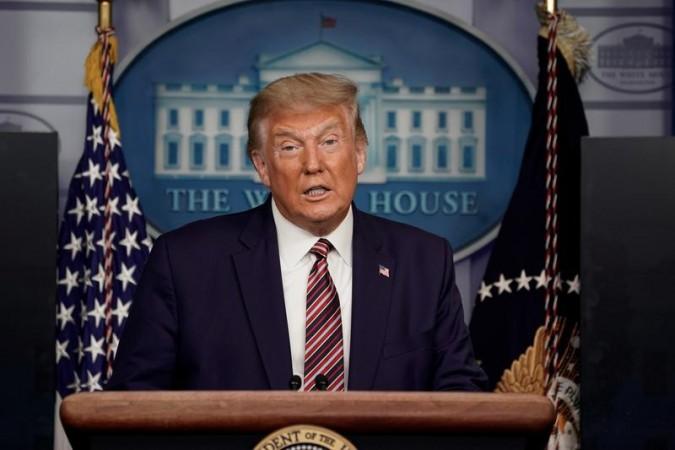 Donald Trump chased the "television audience away" according to veteran Democratic strategist James Carville. "It was unwatchable, 25 minutes in."

In less than 10 minutes, the debate descended into personal attacks when the moderator failed to keep Trump quiet during Biden's two minute talk time. Biden shot back at Trump, "Will you shut up, man?"

Reacting to the first debate performance, Democratic vice presidential nominee Kamala Harris said "America was given a very clear choice". She cast Trump as a man out of his depth and playing defence.

"What we saw was a dog whistle through a bullhorn," she said on late night television.

Donald Trump and Joe Biden skewered each other with angry words over Trump's coronavirus response, racial justice, the economy and each other's fitness for the president's office in their chaotic 90 minute meeting.

"The fact is that everything he's said so far is simply a lie," Biden said. "I'm not here to call out his lies. Everybody knows he's a liar."

Biden tore into Trump within the first five minutes. He told Trump to "get out of your bunker and get out of the sand trap" and "get into his golf cart to the Oval Office and come up with a plan to save people".

When Trump struggled to answer questions about reports he paid a measly $750 in federal income taxes in 2016 and 2017, Biden waded in. "Show us your taxes. Show us your taxes," he pushed, even as Trump claimed he has paid "millions in taxes".

Recent polling shows Trump's support among key voter groups has slipped since 2016. Biden stepped onto the stage leading in head to head national polls and by razor thin margins in some battlegrounds.

In the crucial battlegrounds of Iowa, Ohio, Pennsylvania, Wisconsin and Michigan, where Trump was leading at this time in 2016, he is now trailing Biden. A RealClearPolitics poll of polls average puts Biden at about 6 points ahead of Trump nationally.

Trump refused to condemn white supremacists and ended the night refusing to say whether he would accept the election results. Trump's coronavirus response was at the heart of the first presidential debate. Biden called Trump a "failure" on the Covid-19 response. "You blew it".

It is important not to impress, but to score. Another power from the Loco to the words of Nikolic after the match
Andre Villas-Boas: city spent a billion and the coach is a phenomenon. Marseille don't have money for Guardiola, so you have AVB and his tactics
Miranchuk remained in the reserve of Atalanta for the second match in a row
Jurgen Klopp: what is Happening now is like living in a marriage: there are good moments, there are bad ones
Zinedine Zidane: Earned a draw with Borussia Dortmund - and I even think that deserved more
🚑 At Liverpool it became even worse with the center of defense: Fabinho was injured, only Joe Gomez is healthy
Lokomotiv is in third place in group a of the Champions League after 2 rounds, Bayern is in the lead
Source https://www.ibtimes.co.in/will-you-shut-man-personal-attacks-rule-1st-trump-biden-presidential-debate-828787

Family Of Black Man Killed By Philly Cops Called For Ambulance, Not Police

Security guard at 2017 Ariana Grande concert terror attack was afraid of being called a racist: Report

Biden Says Violent Protests ‘Can Never Be a Tactic or Tolerated’

Trump To Women: 'We're Getting Your Husbands Back To Work'

Both newspapers in Utah's capital to cease daily publication

Most Muslim Voters Don’t Like Donald Trump. But Has Joe Biden Done Enough to Earn Their Votes?

Why Trevor Lawrence should take big gamble on the Jets

The Nets’ ‘foundation’ will start with its defense

A Week Before Election Day, More Than Half the 2016 Vote Is Already In

A Black Pastor’s Zoom Campaign to Save Pennsylvania for Biden

Review: Darn it, socks again? Netflix romcom 'Holidate' is the 'gift' we keep on getting

Hoping to escape this planet for the moon? A new discovery could help

USPS recommends Tuesday as final to mail in ballots before election

The Year in Misinformation, So Far

‘This sucks’: Justin Trudeau gets candid on life during the pandemic

Her father fell victim to the pandemic. But it wasn't Covid that killed him.

Protests in Illinois city over police killing of Black teenager

Natasha Lyonne and Maya Rudolph on Teaming Up for Animal Pictures and Helen Mirren’s Cameo in ‘Sarah Cooper: Everything’s Fine’

That 'Borat' babysitter had no idea the film was satire. Now she feels 'betrayed'

The Other Rookie Star of the World Series? Globe Life Field

This Senate race was hit with a sexting scandal and a Covid diagnosis. Do voters care?