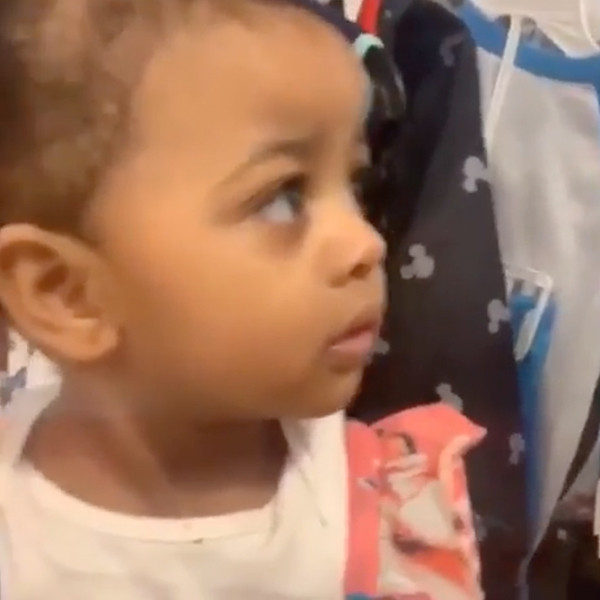 Cardi B and husband Offset's daughter is such a mood, okurrrr?

The 26-year-old rap star posted on her Instagram page on Saturday an adorable, hilarious video of 13-month-old Kulture Kiari Cephus appearing to give her the side-eye or stink-eye during a trip to a clothing store. She also documented her own faux shocked reaction and captioned the clip with peeved look and rolling eyes emojis.

Cardi later deleted the video, after it went viral.

The rapper often posts photos and clips of her and Offset's daughter, her first child.

In July, Cardi shared a video of Kulture dancing to the kids' hit "Baby Shark."

"It's crazy how God not only gives you a kid that looks like you but with the same energy and personality," Cardi wrote on Instagram at the time.

"My baby is naturally hype, slick and funny and ok yea a little attitude too but I'm putting that part on her dad part," she added.

Last month, Cardi and Offset threw Kulture a massive 1st birthday party in New York City, during the city's blackout. Despite temporary power failures, the bash was, as Cardi described, "so lit."

Virginia Tech looks to knock off No. 11 Louisville

'The black man's country club': To understand black voters, look to their barbershops

Coronavirus closures in Europe raise questions in US

A Month in Locked-Down Wuhan: A Father's Death, a Sleepless Volunteer and Pressure