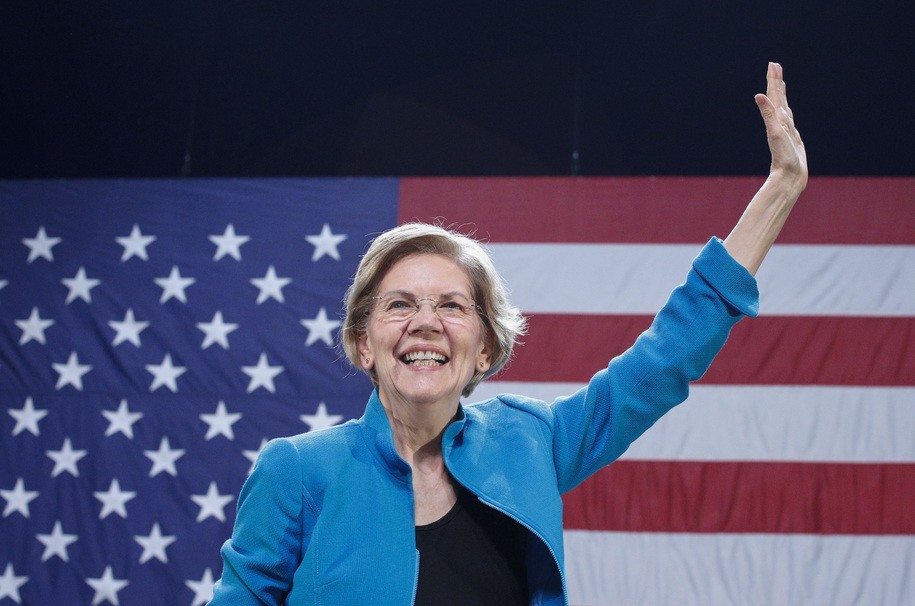 Sen. Elizabeth Warren promised to take action to eliminate a significant amount of student debt on “day one” of her presidency if elected, as written in a new Medium post. As Daily Kos has covered, Warren’s student debt relief plan isn’t new. What’s new about her statement on Tuesday, Jan. 14, is how exactly she intends to make that relief actually happen.

The Massachusetts senator clarified that she believes existing law would give a Warren administration the ability to eliminate student debt without the lengthy (and likely difficult) process of passing a debt forgiveness bill in Congress. This detail is important because a common critique on student loan forgiveness (which Sen. Bernie Sanders also centers as part of his campaign) is how realistic it actually is. Basically: Many people support debt forgiveness in theory and acknowledge it as a crisis. However, many people also fear that relief plans will fizzle out in practice. Warren’s plan to—legally—circumvent congressional approval may bring the proposal closer to reality.

“I will start to use existing laws on day one of my presidency to implement my student loan debt cancellation plan that offers relief to 42 million Americans—in addition to using all available tools to address racial disparities in higher education, crack down on for-profit institutions, and eliminate predatory lending,” her plan reads.

That’s not to say it would happen with a snap of one’s fingers, either. Warren’s argument is that under current law, the Department of Education can, in her interpretation, cancel federal student debt through the Higher Education Act. As president, Warren says she would instruct her secretary of education to jump on the legal loophole.

“I'll direct the Secretary of Education to use their authority to begin to compromise and modify federal student loans consistent with my plan to cancel up to $50,000 in debt for 95% of student loan borrowers (about 42 million people),” her statement on Medium reads.

Daily Kos previously wrote up an explainer piece on how to use Warren’s student debt relief calculator to see how her plan may work for you. In short, her proposal would cancel up to $50,000 in student debt for people with an annual income of less than $100,000. Beyond that, people would receive forgiveness based on a debt-to-income ratio. Forgiveness would max out at incomes of $250,000. Her plan is progressive without a doubt, though stands in contrast with Sen. Sanders, who wants to relieve all student debt, period, regardless of income. Both Warren and Sanders go beyond Mayor Pete Buttigieg and former Vice President Joe Biden on debt relief.

Student debt relief can be divisive, even among progressives. With the release of her plan on the morning of another Democratic debate, it’ll be interesting to see if the subject gets major talking time tonight.

Is student debt relief a top issue for you?

Is student debt relief a top issue for you?

The game-changing typeface made to go unnoticed

Trump says US will not pay for Prince Harry and Meghan's security. They say they don't need the help

The alarming message of Louisiana's sharp rise in Covid-19 cases

The Yankees’ 39-year-old baseball lifer is not done yet