Tai-Heng Cheng is an attorney and the co-head of the international arbitration and trade practice at Sidley Austin LLP. The views expressed in this commentary are his own. Read more opinion on CNN. 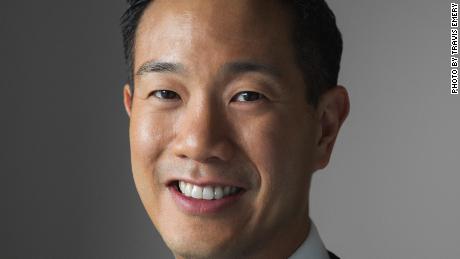 Let me be clear that I do not mean that other countries should be excused from human rights violations because of social injustices in the US. But the endemic problems with America's criminal justice system, which have persisted across both Democratic and Republican administrations, undermine Washington's credibility to take other countries to task for their abuses. To command authority globally, the US must, at the very least, abide by the standards it seeks to apply to other countries.
Last Wednesday, on the 23rd anniversary of the restoration of Hong Kong to China, Beijing enacted a new national security law without disclosing the draft to Hong Kong in advance. This law carries maximum sentences of life imprisonment for secession, subversion of state power, terrorist activities and collusion with foreign and external forces to endanger national security. Under the law, Chinese courts have jurisdiction over "very serious" cases and cases where national security faces "serious and realistic threats," overriding the authority of Hong Kong's courts. While similar laws exist in many countries, including in the US, there are concerns that these laws will be implemented by China in a way that stifles dissent and undermines the autonomy of Hong Kong.
In response to the new law, US Secretary of State Michael Pompeo issued a press statement criticizing "Beijing's attacks on freedoms of speech, the press, and assembly, as well as the rule of law, all of which have, until now, allowed the territory to flourish." Pompeo further stated at a press briefing, "Security forces are already rounding up Hong Kongers for daring to speak and think freely. The rule of law has been eviscerated."
The demonstrators who have protested all across America for weeks in response to the killings of George Floyd and Breonna Taylor might find the State Department's position hypocritical. News reports abound of peaceful protesters getting arrested by the police in multiple US cities.

New York Assemblywoman Yuh-Line Niou told me about heart-wrenching incidents of her constituents not knowing where the police had taken their loved ones detained while protesting. When demonstrators were finally released, they recounted the horrific conditions under which they were held, including being denied water to wash tear gas from their eyes.

In the same week that the State Department criticized China's new law, a civil rights subcommittee of the House Oversight Committee held a public briefing on First Amendment violations by police at Black Lives Matter protests. The rebuking language they used — "Unjustified, unnecessary and disproportionate government violence against the people is an attack on democracy itself" — opened the briefing about the actions of the police in the US against its own citizens. Rep. Jamie Raskin, the subcommittee's chairman, noted "serious violations of the First Amendment at the hands of government authorities ... from local police chiefs all the way up to the Attorney General and the President of the United States."
I attended that briefing because I represent, pro bono, Linda Tirado, a journalist who spoke at the briefing about how police officers shot her with a foam bullet that blinded her in one eye while she covered the civil rights protests in Minneapolis. I listened to the Rev. Gini Gerbasi recount her horror at peaceful protesters being cleared from Lafayette Square with tear gas, without any prior warning and before curfew, so that President Donald Trump could take a photograph holding a Bible in front of St. John's Episcopal Church.

Admittedly, while it is easy to demand that the US government reform police practices, criminal law and policing are generally matters for states, not the federal government. Nonetheless, Congress can enact laws that set parameters around police conduct, weapons and training when police forces rely on federal funding.

Various bills are being debated now. The House of Representatives has voted for the Justice in Policing Act, which has been named after George Floyd. Among other measures, the bill intends to ban choke holds and to end "no knock warrants," the same type of warrant used when police fatally shooting Breonna Taylor eight times while she slept in her home in Louisville, Kentucky.
Another bill introduced by Democratic Rep. Mark Takano of California would deny federal funding to police agencies that use tear gas. This bill accords with an unanimously adopted Senate bill, signed into law by Trump in November 2019, banning the export of tear gas to the Hong Kong police.

It remains to be seen what police reform laws are actually enacted in the end. However, at a minimum, it would be difficult to explain why it is unconscionable to tear gas Hong Kong protesters but acceptable to tear gas American demonstrators.

Police reform is not only important to promote criminal justice within America. It is an opportunity for the country to lead by example in foreign affairs. The diplomatic exchanges over China's new security law have shown in concrete terms how police violence within America has undermined the State Department's credibility and ability to promote America's interests and values overseas.

On May 30, US State Department spokeswoman Morgan Ortagus tweeted criticism of how Beijing has treated Hong Kong protesters: "Freedom loving people around the world must stand with the rule of law and hold to account the Chinese Communist Party, which has flagrantly broken its promises to the people of Hong Kong."
Hua Chunying, a spokeswoman for China's foreign ministry, tweeted in reply: "I can't breathe."

Burnley are not going to sell Tarkowski for less than 50 million pounds
Lester wants to rent Trincou at Barca with the obligation of ransom for 50 million pounds
Scott Parker: Fulham have a lot to progress. And I am happy about it
Manchester United are threatening to pull out of negotiations for Sancho if Borussia do not reduce the price from 120 million euros
Cesc about Casillas: You are a mirror to look into
Lone mascots are another symbol of the year
Casemiro: bale is the top 3 in the world at his best level. But we must admit that he is not in the best shape right now
Source https://edition.cnn.com/2020/07/04/opinions/china-hong-kong-law-us-cheng/index.html?utm_source=feedburner&utm_medium=feed&utm_campaign=Feed%3A+rss%2Fcnn_latest+%28RSS%3A+CNN+-+Most+Recent%29

Trump: Massive explosion in Beirut was likely an ‘attack’

Community leaders vow to carry on work of slain activist Caleb Reed, and will press his high school to remove Chicago cops

Neil Young sues Trump campaign over use of music at events

“Slogging Through Step By Step By Step”: Slow Progress On Capitol Hill Talks To Extend COVID-19 Unemployment, Other Relief

The Lebanon Explosions in Photos

Coroner confirms the death of Frank Ocean's brother, 18, and the tributes pour in

Does Blood Plasma Work for Covid-19 Patients? No One Knows.

Jaguars' Gardner Minshew on being placed on the COVID-19 list: 'It took one look at me and ran the other way'

Karen Bass under fire for Cuba comments amid VP vetting

Virginia’s Kings Dominion to stay closed for rest of 2020

Questions being raised after Kodak’s stock has a big moment

With 2020 on pace to be the worst year in a decade for Black suicides, Cook County officials sound alarm on yet another ‘horrifying’ pandemic

Public housing residents celebrate students heading off to college despite COVID-19: ‘It really means a lot and it motivates me’

Pelosi Willing to Settle for $3.4 Trillion on the Next Coronavirus Relief Package