EXCLUSIVE: UCP is adapting its debut podcast The Lost Kids, a story about the troubled teens industry, for television.

The production company, a division of Universal Studio Group, is developing the audio series into a true-crime docu-series, hosted and produced by Josh Bloch, who created the podcast.

It is the company’s latest television adaptation of a podcast following the success of Dirty John, which premiered in 2018 and whose second season aired earlier this year.

The Lost Kids investigates CEDU, a program for troubled teens and whose controversial form of therapy has seen it accused of being one of America’s most dangerous cults. The program was in the news recently with the launch of Paris Hilton’s documentary This Is Paris, where the heiress revealed she was abused at one of the schools during her teens.

The series digs into some of the most disturbing facilities for teens in operation today and also explores the disappearance of Daniel Yuen after being sent to a CEDU school in Running Springs. 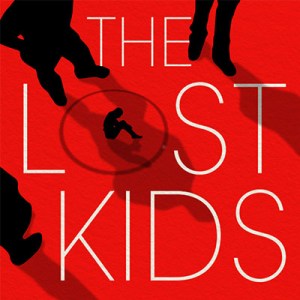 “We are incredibly proud of our debut UCP Audio podcast The Lost Kids and our host Josh Bloch for shedding light on the disturbing ‘troubled teen’ industry,” said Dawn Olmstead, President, UCP. “The podcast has opened the door for many survivors from across the country at different programs to come forward and share their own experiences. What started as one person’s disappearance has lead us to an industry worth examining.”

Bloch, a veteran audio journalist and podcaster, told Deadline about making the podcast and his thoughts on working with UCP to adapt it for the screen.

He said that his childhood connection to someone who became a “star recruiter” for sex cult led him to do research on how cults operate and into the troubled teens industry.

The podcast starts with the story of Yuen, who was 16 and from New Jersey, who disappeared in 2004. “He runs away and has never been seen since, as far as we know. So, our starting point in the story is to find out, obviously, the circumstances that led his parents to decide to send him to this program, but then, as we start to peel back the layers, discovering that Daniel was one of hundreds of kids that ran away from this place because what they were doing there is a very unscientific, aggressive form of what they call attack therapy.”

The story then focuses on CEDU, how it was influenced by cult Synanon, its closure as well as offshoots that still exist today. “One of the things we discover is just how persistent that, and I guess attractive that, philosophy is. That even though Synanon was shut down and even though other programs in the troubled teen industry get scandalized and shut down, the philosophy itself lives on, and actually, often, staff from one program will literally go on to create, a cloned version of what was shut down already,” he said.

“We wanted to show that this is not just about one obscure program up in the mountains of California, but actually, iterations of this exist all across America and exist today. Even though CEDU’s not around, its legacy is certainly felt today, as well, and these residential boarding schools, therapeutic boarding schools is what they call them, but there’s also these wilderness programs or boot camps or you know, other kinds of residential facilities that all fall under that troubled teen industry umbrella.”

The Lost Kids also focuses on a program in San Bernardino with Bloch and his team transporting listeners to the site of the organization, even if the school is no longer active. “We ended up having to bushwhack our way around the side of this mountain to get a view of the place and start to get a sense of what the surroundings are. [We ask] ‘What is it like, as a 16-year-old kid? If you choose to run away from this place, where do you end up?’. It is pretty vast and daunting landscape that you end up in.”

Bloch, who start in radio, said that it was “exciting” to be the “guinea pig” for UCP Audio, the division behind the series. “The challenge is UCP was largely populated with TV people, and my team was largely populated with audio people, and there’s just linguistic differences,” he admitted. “We suddenly realized we’re talking about a mixer, and we’re like, ‘Are we talking about the same thing here?’

“There’s a lot of funny miscommunication that happens, but one of the reasons I sort of jumped at it was that right from the get-go, is that UCP were very up front about the fact that it’s new for them, and they would take my lead in terms of the resources that we needed and what the process should look like, and amazingly, had sort of said yes throughout that process,” he added.

He added that he “loved” the idea that the research and work that he put in can be “repurposed” for television. “As an engaging format, a podcast is. Obviously, television brings something else to it. I know a lot of members of the podcast and the documentary [community] watched the scripted version of Dirty John because it’s a great story and they each contribute another layer to it. So, yeah, it’s pretty wild.”

Jaka defeated Arsenal and Leicester did not create anything except the goal. We will try to take points from Manchester United
Pirlo about 1:1 with Verona: Juve do not need a slap in the face to Wake up and play intensely
Everton and Liverpool in the top 2 at the end of the round in the Premier League for the first time in 27 years
Arteta about 0:1 with Leicester: I Don't know why the hell our goal was canceled. It is difficult to create space when 10 people are sitting behind the ball line
Rodgers on 1-0 with Arsenal: Leicester deserved to win. Vardy is a world-class player
Juve without Ronaldo could not beat Verona and Crotone in Serie A
Vardy has scored 11 goals in 12 games against Arsenal in the Premier League. Only Rooney has more
Source https://deadline.com/2020/09/ucp-adapting-the-lost-kids-podcast-troubled-teens-docu-series-1234583144/

Trump team just announced its surrender to the pandemic