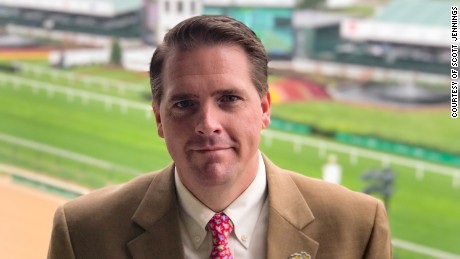 From where I sit, here's where most people are, including President Donald Trump: George Floyd's killing was wrong, and justice should be meted out as swiftly as possible, within our system, on the cops who killed him. No angry mob should have a say in this and the cops should be given no special deference simply because they are cops.

We've all seen the video of Floyd's death, and though the criminal justice system has some bad actors, it is the system we have, and we must trust it to handle this situation appropriately.

At the same time, it is not contradictory to believe that we cannot tolerate violent riots and the destruction that has been taking place in parts of American cities night after night. When the President says he wants both justice for Mr. Floyd and a restoration of law and order, I believe him. If it takes a deployment of the US military to do it, because governors and mayors cannot get control of the situation in their jurisdictions, I think the President will find public support for it.

The most recent Gallup Poll studying the confidence Americans have in institutions tells the tale: the military, far and away, scored the best. Of those surveyed, 73% have a great deal or quite a lot of confidence in the military, versus just 8% who have very little or none -- a +65 rating. Interestingly, in the same survey that tests confidence levels in several institutions, small businesses clock in at +60 (68-8) and the police at +36 (53-17). These are by far the top three.

It is likely that a national poll would find the American people want rioting to stop and that they trust the military to make that happen (whether that's the right policy choice, I don't know, and the Secretary of Defense, Mark Esper, threw cold water on the idea Wednesday in a news conference).

I also suspect that a national poll would find that Americans have strong sympathies both for the small business owners who have seen their livelihoods ruined and for the vast majority of police officers who are good actors and just as disgusted by the Floyd killing as you or me.

At the same time, the President cannot govern this situation by photo-op.

I was not sure what to make of his march to St. John's Church across Lafayette Square as I watched it unfold live on Monday. I wish he could have taken one step further and stepped into the church and opened the Bible he held. I wish he had invited faith and civil rights leaders to go there with him. And I wish he would have sat in the front row for a church service aimed at praying for peace, calm and unity.

Churches and Bibles are not props; they are tools for the faithful to spread the Word of God and to unify people around God's teachings. And churches, perhaps more than any other place, can be powerful places from which to broadcast expressions of sympathy and calm.

Finally, there's one other thing boiling below the surface that has receded somewhat in media reports during the coverage of demonstrations but is a point of agitation for America's rule-following public: Covid-19 restrictions.

After being scolded for months to stay inside, after watching some mothers and their kids chased from parks by police, after watching 40 million Americans lose their jobs, after doing everything their government leaders told them to do, Americans are seeing, day after day on their TV screens, thousands of people disregard all social distancing orders as they protest and riot in the streets.

All the while, the same police who were dispatched to take down license plate numbers of church worshipers on Easter Sunday appeared largely ineffectual as people damaged and destroyed property and businesses in and around downtown Louisville this past week.

A version of this story is playing out across America. The worst Covid-19 scolds -- mostly Democratic governors and mayors and their supporters -- are silent as executive decrees on shutdowns are disregarded.

One governor, Kentucky's Andy Beshear, even laughably commended the protesters, in a statement, "for largely following CDC guidelines to prevent the spread of Covid-19," which was not at all what his constituents were seeing on their TV screens as they watched the crowds swell.

On Tuesday, Beshear went further and said, with respect to social distancing, "you've got better compliance in these demonstrations than we do just about anywhere." This is Orwellian doublespeak when Americans need the truth, but sadly isn't uncommon among liberal politicians. It sets off the BS detectors of people who lost their jobs and are barricaded with their families at home. Anyone with eyes and ears knows these demonstrations are exactly the sort of mass gatherings we've been warned about for months.
Politicians like Beshear, celebrated in some national media for their actions but now trapped by political correctness, don't understand that statements like this sap their credibility to govern. Time and again pundits on the American left called those protesting the lockdown policies "racist," "suicidal," "selfish," "foolish" and "grandma killers."

If the danger was true last week, why isn't it true today? Is there something special about the Floyd demonstrations and subsequent riots that makes protesters immune from Covid-19? If only self-righteousness could immunize us from disease!

So here we are. A nation torn up about George Floyd, with too many of us still wondering why grotesque acts like these keep happening. A nation torn up by coronavirus, wondering why many demonstrators can flout lockdown orders but people who wanted to go to church, go to work and send their kids to school were forbidden for months.

A nation torn up by its leadership, whipsawed by the contradictions, the dumb tweets, and the twin images of peaceful protesters and violent rioters.

Where public opinion settles out in all of this, I don't know. But it seems like there's too much churn in the water to simply divide America into two corners -- red and blue -- these days.

Barca midfielder Fati is removed in the Derby with Espanyol. He spent 5 minutes on the field
Suarez scored 195 goals for Barcelona and finished third in the club's top scorer list
Daniele de Rossi: People call Messi cowardly, but they are afraid to ask their wives for a remote control from the TV
Daniele de Rossi: Ronaldo is comparable to Messi in goals and trophies, but Leo's game is more fun
Pep about 5:0 with Newcastle: Manchester City tries to score more goals out of respect for the tournament and the opponent
Who will enter the Champions League directly?
🚲Pique came to camp Nou on a Bicycle for the Espanyol Derby
Source https://edition.cnn.com/2020/06/03/opinions/trump-message-strikes-a-chord-jennings/index.html?utm_source=feedburner&utm_medium=feed&utm_campaign=Feed%3A+rss%2Fcnn_latest+%28RSS%3A+CNN+-+Most+Recent%29

DC mayor says Redskins name change isn't team's only hurdle: 'I think there would be a lot of issues'

Nordstrom has $4 fabric face masks that are selling out fast

Ivy League Places All Sports on Hold Until January

New to RuPaul’s Drag Race? This Is the Best Episode for Beginners.

With a satirical fictional memoir, Jim Carrey gets real

Olivia Culpo teams her bikini with over $23K in jewelry

How tiny-house residents are weathering quarantine