What is clear looking over the last two months is that the president and his team have had a sophisticated political strategy to deal with the fast spreading pandemic. 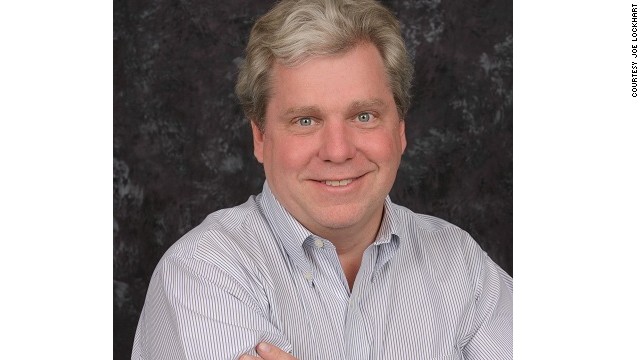 That strategy began in January, where at every turn the president downplayed the risks of the virus spreading in the United States. In interview after interview, and speech after speech, he assured Americans we were OK and any risk to the country was contained.
President Trump pointed to the shutting down of some flights from China, and one of his aides recently inaccurately said that Trump was the first to do it. North Korea closed its borders on January 22, and Italy banned flights from China to Italy staring January 31.

The president's strategy was that if the US could avoid the pandemic, despite all the loud calls for more action, he would be seen as the wise leader who didn't overreact and didn't kill our economy. In an ironic twist, he co-opted former President Barack Obama's mantra of hope as a strategy. But I believe Trump had a fallback plan in case the deadly virus hit us hard and he had a political plan ready to deploy.

When the virus did erupt here, the president justified his earlier comments as an attempt to keep Americans calm. He also began shifting the blame in many different directions. One of his first targets was the Obama administration, which he claimed had left him with an obsolete system not fit for a 2020 pandemic.

That criticism ignored the fact that Trump had already been in office for three years and had done nothing to remedy the purported deficiencies.

The blame game continued and shifted to China. The president renamed Covid-19 the "China virus," and the secretary of state held up diplomatic communiques at the G-7 and the United Nations because other countries wouldn't join in the race-baiting name of the "Wuhan virus."
The president ultimately backtracked; I suspect in part because he realized Asian-Americans in swing states vote, and this strategy was politically counterproductive.
On Tuesday, Senate Majority Leader Mitch McConnell had another theory on the slow response: impeachment distracted everyone from the virus, which echoed Trump blaming House Speaker Nancy Pelosi earlier this week for his being distracted by impeachment.
All of this is belied by the fact that the president, who got his first briefing about the risk to the United States in January, according to the Washington Post, found plenty of time to play golf between that briefing and the calls for social distancing.
The important and lasting blame game moved to governors, and not just any governors. The president directed his criticism toward governors of big, blue states, most that he has little chance of winning in the 2020 election. So far, much of the intense outbreaks of the virus have occurred in blue states, which have much higher population density.
But the president made it seem that the main responsibility for any response to the pandemic was left to the governors, and he learned very early on to either ignore or deny their pleas for help. He criticized them personally for failing to be prepared. On Monday, during a conference call, Trump told Montana Gov. Steve Bullock that -- despite enormous evidence -- he hadn't heard of any problems with the testing regime.
During Friday's White House briefing, Trump foreshadowed his strategy by praising the work of Florida's Republican Gov. Ron DeSantis, who sought to keep New Yorkers from coming to Florida.
That same governor refused to shut down the state's beaches, essentially opening Florida's arms to spring breakers.

His most insidious blame game tactic came over the weekend when he implied that New York frontline responders -- docs, nurses and hospital workers -- who were all putting their lives on the line, might be guilty of stealing desperately needed respirators and inflating the need for ventilators so they could hoard them. He publicly called out health care workers for their need of hundreds of thousands of masks when tens of thousands in the past were enough. He conveniently left out we're in the middle of a deadly pandemic.

And the president had an offensive strategy prepared also. Daily briefings that last nearly 90 minutes were designed to show a president in charge, and a beneficial leader giving his people everything they wanted and needed. Trump touted big numbers on how many tests, protective equipment and ventilators were being produced every day, each time missing the context of how these numbers were just a drop in the bucket for the overall need -- both now and as the virus spreads.

The president also used the presence of corporate leaders to highlight what the administration was doing with the private sector. The reality, though, is that many of the things that he promised would materialize quickly simply haven't -- like a Google national website, and nationwide testing in the parking lots of Target, Walgreens, Walmart and CVS.

And every day he produced public health officials who looked like they were forced to praise the president publicly in return for any chance of influencing him in private. Most of all, he flooded the press with so much misinformation that the public couldn't keep up. By the time the press had caught up with one grandiose misstatement, he was on to several others.

And with Trump's approval up modestly, the briefings might be having their intended effect.

Attacking the press in the briefings is a critical part also. He both undermines the legitimacy of the accurate press reporting and plays to his base's contempt for the press in general.

His latest move is the age-old practice of moving the goal posts. After spending months saying this would not be a problem in the US, the president is now posing a different test for himself. This weekend he said if he'd done nothing like many suggested, more than 2 million people would have died.
But because he is doing something, he claims, that number will be closer to 100,000-240,000.

Of course, that ignores the impact of what little was done between January and February.

Clearly the President is concerned about how the pandemic will affect his reelection chances. After all, November is just seven months away. His hope, now described as an "aspiration," last week to open the country by Easter may have been driven by polls showing high anxiety over the economy.
But polls also consistently show that most Americans are worried about the public health aspect of the crisis.

The president's climb down can be traced in large part to what the polls were telling him.

All of this confirms that while the president was slow off the mark to respond to the pandemic, he was always working off a political plan that had his reelection as the top priority.

In January and February his administration didn't see a political benefit in getting out ahead of this. In late March as the cases grew, that changed. But judging from his actions, it's still politics and reelection that are largely driving his response.

Werner goes to Chelsea: Liverpool clearly explained the refusal to Klopp, and Granovskaya pulled off the transfer online
Toni Kroos: in Spain, when I come to the meeting three minutes before the start, I will be the first, in Germany-the last
The homes of Benfica players were threatened after the attack on the club bus
Have you seen the Loco gun? The ball comes out of it with the same sound as when you hit it, but there is no impact! How so?
Chelsea have agreed to transfer Werner for 60 million euros
Ronaldo dressed up as Aladdin, Georgina as a Power Ranger for the children's birthday
During a 6-hour shift, you can't drink, eat, or go to the toilet. Two monologues from the RPL about doctors who are fighting the virus
Source https://edition.cnn.com/2020/04/01/opinions/trump-covid-19-response-reelection-strategy-lockhart/index.html?utm_source=feedburner&utm_medium=feed&utm_campaign=Feed%3A+rss%2Fcnn_latest+%28RSS%3A+CNN+-+Most+Recent%29

Trump to head to rural Maine as protests continue nationwide

Jobs report delivers surprising good news, but how long will it last?

Jose Canseco for president? Ex-MLB star says he would 'eliminate racism' as leader

Sarah Sanders hits back at Biden: He shows every day that he's not the person to unite America

Hard-hit by break-ins, the Jewelry District never lets its guard down

Column: Mark Zuckerberg just made the case for breaking up Facebook

Rep. Anthony Brown on how Trump could heal America, and why he won’t

LeBron James, told by Laura Ingraham to 'shut up and dribble,' calls her out over Drew Brees

U.S. May Unemployment An Upside Surprise At 13.3%, Improved From April

Stripped of its cultural rites, New Orleans is at a loss for how to mourn Covid-19 deaths