President Donald Trump allegedly issued statements of regret after his political moves did not change his rank among Black voters.

The Washington Post interviewed current and former White House staff to gain insight on the president’s alleged racist tendencies. One person, a former official who spoke under the condition of anonymity, claimed the POTUS had a dramatic reaction to his polling numbers among Black communities despite passing criminal justice reform that aided against laws that disproportionately targeted African Americans. 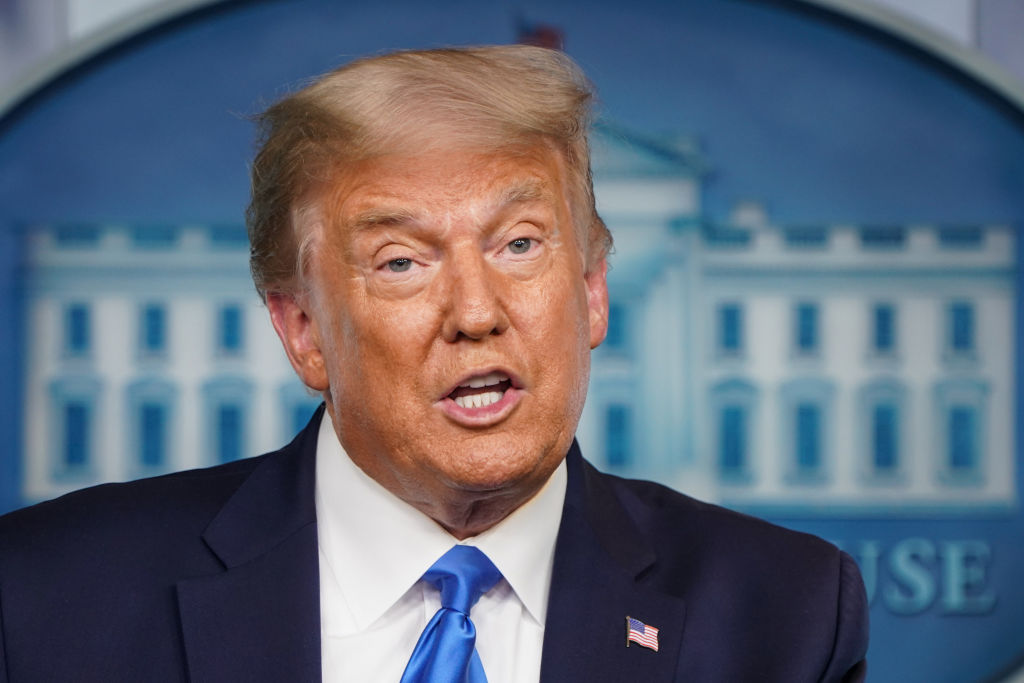 U.S. President Donald Trump speaks during a news conference in the briefing room of the White House on September 23, 2020 in Washington, DC. Trump fielded questions about a coronavirus vaccine and the latest developments in the Breonna Taylor case among other topics. (Photo by Joshua Roberts/Getty Images)

The official told the Post, Trump  “went s—house crazy,” and continued to question “Why the hell did I do that?” as he yelled at aides.

The legislation Trump had hoped to use to sway Black voters is the First Step Act, an initiative empowered by Jared Kushner, his son-in-law. According to the report, the president initially did not want to support the act until he was informed of the potential positive effect the move could have had on Black voters. The bill was signed by the commander in chief in December 2018. His rant came only a few months after, the former official told the Post.

According to the Washington Post, the fall-out over the First Step Act was not a singular behavior. The report continued describing how efforts to raise funding for Historically Black Colleges and Universities lead by Omarosa Manigault Newman were met with a similar response after Black voters remained against Trump.

“You’ve been at this for four months, Omarosa,” Trump said, according to The Post. “But the numbers haven’t budged.”

The Washington Post report issued the stance that the president’s public and private racist remarks are only to amplify his impact on choice voters outside of the Black demographic. 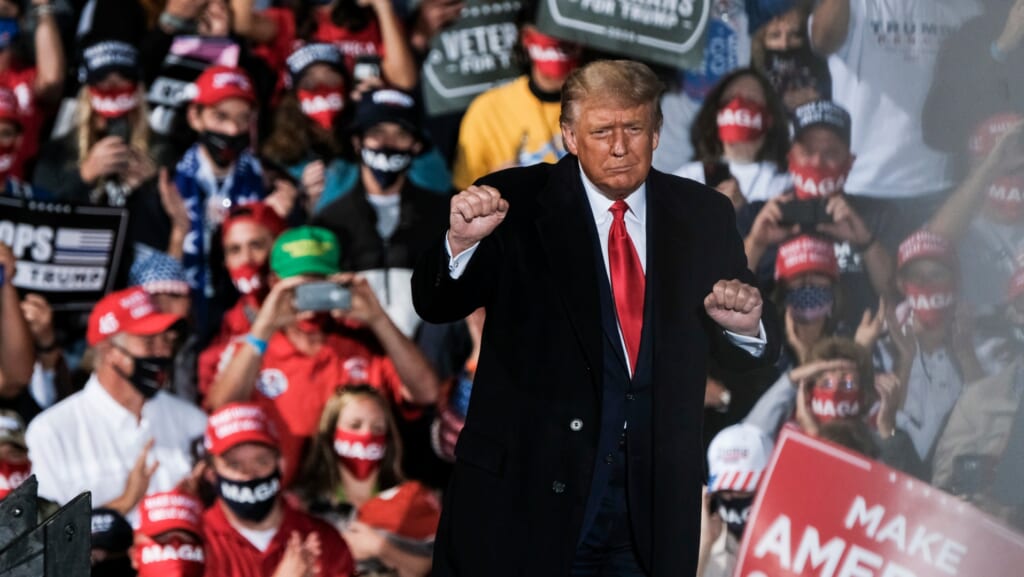 President Donald Trump charges up the crowd Monday during a campaign rally at the Toledo Express Airport in Swanton, Ohio. (Photo by Matthew Hatcher/Getty Images)

“I don’t think Donald Trump is in any way a white supremacist, a neo-Nazi or anything of the sort,” a former senior administration official said to the Post. They continued, “but I think he has a general awareness that one component of his base includes factions that trend in that direction.”

Data published by CNN found that in the 2016 presidential election, where Trump defeated Hillary Clinton, only 8% of his votes came from Black voters and only 21% from non-White voters in general.

In the current 2020 presidential election between Democratic nominee Joe Biden and the sitting president, Trump is ranked behind his opponent with Black voters. FiveThirtyEight reports 83 percent of likely Black voters favored Biden, the former vice president, while only 10 percent favored President Trump. 8 percent said they were undecided on which candidate they will select.

Conte about 2:0 with Genoa: Inter are aware of their strength, and this helped us play with confidence
👏 The whole world is talking about Khabib's departure and congratulates him on his victory. They demand the first place in the rating for him and respect the desire to be with his family
Klopp Pro 2:1 with Sheffield: Wins 2:0 or 3:0 come when you fight fiercely in games like this
Messi repeated his worst streak - 6 games without goals to Real Madrid
Schalke are 21 consecutive games unbeaten in the Bundesliga and are in penultimate place
Ronaldo - Khabib: Congratulations, bro. Your father is proud of you 🙏
Suarez shares 1st place in The La Liga goalscoring race with Fati and Paco, scoring 5 (4+1) points in 5 games
Source https://thegrio.com/2020/09/24/trump-questions-passed-reform-failing-energize-black-voters/

How Trump could undermine Fauci and remake the US government

Migos’ Offset Detained by Police After Run-In With Trump Supporters

Yankees could look for young guns to be 2021 rotation answers

Obama in Florida: Trump's tough guy schtick is a fraud

Sorry Yankees, you’ll be dealing with Rays for years to come

Why I voted for Trump in 2016 and will vote for him again: Goodwin

Harry Reid: Biden should give GOP three weeks to see if they will work with him