About a year ago, Sangita Gaikwad’s teenage daughter Mona introduced her to TikTok. Like many first-time users of the quirky video-sharing app, Gaikwad, a homemaker in a farming village in western India, was baffled.

What would she want with an infinite stream of 15-second clips showing strangers dancing, lip-syncing and reenacting memes on their phones?

But when Mona insisted, Gaikwad, a wise-cracking 35-year-old who once dreamed of becoming a TV actress, started uploading her own short videos. One day she posted a lighthearted clip of herself as she was heading to the market to buy mutton.

Gaikwad didn’t understand it, but she was on her way to becoming another unlikely star in the huge, highly addicting and often mystifying universe of TikTok, the Chinese-made app whose popularity has skyrocketed worldwide.

Nowhere is this truer than in India, TikTok’s biggest international market, where its 200 million users include many villagers, LGBTQ Indians and others from marginalized backgrounds for whom the app was a source of joy, self-respect, income — and even a measure of fame.

Now these Indians’ social media habits have become enmeshed in a geopolitical clash between the world’s two most populous countries.

India this week banned TikTok and 58 other apps developed by Chinese companies, labeling them threats to national security, in apparent retaliation for the deaths of 20 Indian soldiers in a melee with Chinese troops on the countries’ disputed Himalayan border two weeks ago.

The announcement dealt a blow to China, whose tech industry is a source of national pride and a key competitor in an emergent Cold War with the U.S. But it also illustrated how ubiquitous and influential Chinese apps and other digital products have become around the world, transforming lives even as rival governments worry about their potential for harm.

The success of China’s slick, low-cost smartphones and software has prompted warnings from the U.S. and others who believe they are illegally mining user data and could be used to spy for the Chinese Communist Party. China and the companies have denied the allegations.

Indian officials had previously voiced concerns about Chinese apps for security and other reasons — regulators briefly banned TikTok downloads last year over concerns that users were being exposed to pornography and sexual predators — but that didn’t dent their popularity.

With its 635 million internet connections and a fast-growing, $3.7-billion digital advertising market, India represents one of the most important countries for China’s tech upstarts. In 2019, India was the only major developing economy where Chinese apps had a greater market share than American competitors, according to an analysis by MacroPolo, a think tank based at the Paulson Institute in Chicago.

Rush Doshi, director of the Brookings China Strategy Initiative in Washington, has described India as a tech “swing state” that is critical to China’s digital ambitions. With the app ban, Doshi tweeted, “that strategy is seriously imperiled.”

Although 90% of TikTok’s revenues come from China, its parent company, ByteDance, had hired 2,000 employees in India and had planned to invest $1 billion in the market over the next three years. In April, TikTok said it had donated about $40 million to PM Cares, a fund established by Prime Minister Narendra Modi’s office to fight COVID-19.

The company quickly moved to demonstrate compliance with the ban, pulling TikTok from app stores in India and saying it was “committed to working with the government to demonstrate our dedication to user security and our commitment to the country overall.”

Zhao Lijian, a Chinese Foreign Ministry spokesman, said Beijing was “strongly concerned” by the ban and urged India to “uphold the legitimate rights of international investors.”

“I am so dejected,” Gaikwad said by phone from Ambad, a village of cotton and millet farms 200 miles east of Mumbai.

By Monday, the day the ban was announced, her account had amassed nearly half a million followers. That night, she barely slept. She was mourning the loss of not just a favorite “timepass” — Indian parlance for a frivolous activity — but of a new way of seeing herself.

Gaikwad became known as the “mutton lady” after that early video and soon began posting several times daily — mostly snapshots of rural life, laced with zany comedy. Often, she is squatting over a stove on her tiled floor, stirring mutton cubes or kneading dough in her dark patterned nightgown. Or she’s lip-syncing old Bollywood love songs, using her bewildered husband, Ankush, as a prop.

In one clip, she’s sitting atop a brick wall like an Indian Lucille Ball, mock-shrieking: “I’m stuck! How do I get down?” That got 1.4 million views.

Celebrity isn’t something Gaikwad expected, growing up poor in Maharashtra state and raising four children with Ankush, who earns $120 a month as a local government employee. When she goes to the market now, she said, people stop her for selfies. Strangers ask to shoot videos with her. Some even come to her house.

“I never got into TikTok for money,” she said. “But I got respect, legitimacy and confidence. We are poor people. We have never received any attention in life. All we have gotten is disdain and scorn. TikTok turned it around.”

Akash Jadhav, a 21-year-old farmer’s son who drives a rickshaw in the rural town of Beed, is a voice for social justice on TikTok, where he posts about sexual harassment, acid attacks, alcoholism and domestic violence to more than 284,000 followers.

Now he is regularly invited to inaugurate offices and shops across the area, his travel expenses paid. His parents, who have struggled financially due to a years-long drought in the farming region, boast of him to relatives. Born into one of the lowest rungs of India’s ancient caste hierarchy, he described with pride the friendships he’d formed with a doctor, a lawyer and a police officer, men he considered far above his social station in heavily stratified India.

“TikTok opened up a new world for me,” he said.

Jadhav said he hoped India would introduce alternatives to the app. Instagram and Facebook, he added, were “dominated by a completely different section of society.”

Nikhil Pahwa, founder of Medianama, a website that covers the Indian digital industry, said that TikTok’s intuitive, full-screen design and emphasis on music made it a hit with rural Indians who found American apps too text-heavy or clunky.

“TikTok specialized in being a platform that is accessible irrespective of socioeconomic class,” Pahwa said. “That’s why it’s become a hub of creative activity from places that we didn’t expect.” 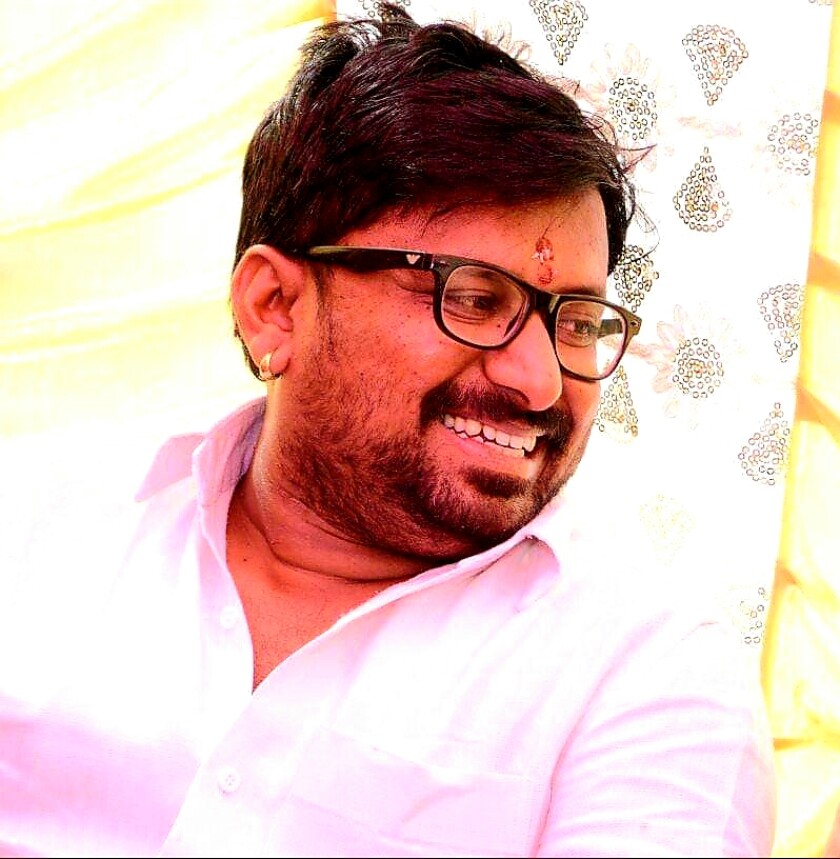 In January, about 2,000 people met on a farm outside Beed for a convention of local TikTok users. The gathering was the brainchild of Deepak Ghubade, a 33-year-old sugarcane farmer who had posted the invitation to his 75,000 followers.

When he joined the site, mostly to upload clips of himself dancing to Hindi film songs, people from his village mocked him, Ghubade said. But encouraged by his wife, he continued to post.

Farmers and laborers use TikTok to overcome loneliness and poverty, he said. “It provides us with some respite,” he said. “It is a platform where we belong and can express ourselves freely.”

After the deaths of the Indian soldiers — the bloodiest incident on the border since a 1962 war — Ghubade learned for the first time that TikTok was a Chinese app. He deleted his account, but created a new one after some followers asked.

In one of his last posts, Ghubade, waving a white scarf, is dancing along a highway lip-syncing to a plaintive old Bollywood lyric: Your cheating will kill me someday. At the bottom of the screen he’d typed, in English: “Miss you TikTok; Hate You China.”

Even among ardent TikTok users, there has been little pushback to the ban, widely seen as a necessary response by Modi’s Hindu nationalist party to Chinese aggression. India has also reportedly delayed customs clearance for some Chinese imports, signaling that the trade dispute could widen.

“Given that soldiers have been killed and sentiments are running high, banning Chinese apps is going to be a popular move,” Pahwa said. “What we see are people looking for alternatives. If the situation doesn’t get resolved over the next month, creators will have to find other platforms to migrate to.”

This week, Gaikwad donned a black sari and gold earrings for the camera, touching her heart as she recorded her last TikTok post.

“Thank you for all the love and support,” she said. “I met many new people because of this. It became a family of sorts where we could express ourselves and share our feelings.”

But like a true star, she refused to fade from the limelight.

“I’ve now started a YouTube channel,” she said, signing off. And stamped across the bottom of the screen was “sangitagaikwad17”: her new Instagram handle.

Nuno about 0:1 with Sevilla: Disappointment. Wolverhampton conceded too often in the final minutes
Immobile about Newcastle: They called my agent when the sheikhs bought the club
Liverpool are confident they will sign Tiago. The player has already agreed a contract and is pressing Bayern
Our judging = fear and helplessness. Instead of Kaloshin and Kashshai – a soulless system that does not care
Lothar Matteus: Messi is not enough to pass such a Bayern. I am not afraid of Barca
Thomas Tuchel: Mbappe will play Atalanta if nothing happens
Lille acquired 20-year-old forward David from Gent. He is the best sniper of the CONCACAF Cup
Source https://www.latimes.com/world-nation/story/2020-07-02/ban-on-chinas-tiktok-app-devastates-users-in-india

Trump is assembling a coalition of the willing against China

Group sues police for any videos of man's fatal shooting

'Let's win this, together': Biden, Harris spouses gear up for campaign trail over Twitter

Agency swats down prospect of mosquito flag for Mississippi

This tiny home inspired its owner to live a greener lifestyle

'Reckless and foolish': Why Russia's vaccine has experts alarmed

Who is Kamala Harris, Joe Biden's pick for vice president?

Jessica Tarlov: With Kamala Harris at VP pick, Biden got it absolutely right

It's a terrible time to open a restaurant. Here's why some owners are pushing forward

Why Kamala Harris Is A Historic Vice Presidential Pick

The marvelous music of 'Mrs. Maisel' is the joy break we all need

Here's why Big Ten postponed college football in 2020: 'Too much uncertainty'

Big Ten football postponed, but a double season in 2021 leaves many questions

Kamala Harris Is Biden’s V.P. Pick. Here’s What to Know About Her.

Here's why Joe Biden chose Kamala Harris as his VP

It’s Official: The United States Screwed Up Coronavirus So Badly That It Ruined College Football Season

Seattle's police chief stepping down after cuts to department

Kamala Harris 'honored' to be Biden's running mate, touts his ability to 'unify'

US coronavirus deaths drop for first time in over a month

Stream It Or Skip It: ‘The Lost Husband’ On Netflix, A Nicholas Sparks-Esque Drama That Might Surprise You

Parents Of Elijah McClain Sue Aurora, Colo., Police and Paramedics Over His Death