Visualization of the effectiveness of face masks amid coronavirus

A tiger at the Bronx Zoo in New York City has tested positive for the respiratory disease caused by the novel coronavirus, in the first known case of a human infecting an animal and making it sick, the zoo's chief veterinarian said on Sunday.

Nadia, the 4-year-old Malayan tiger that tested positive, was screened for the COVID-19 disease after developing a dry cough along with three other tigers and three lions, the Wildlife Conservation Society, which manages the zoo, said in a statement. All of the cats are expected to recover, it said. 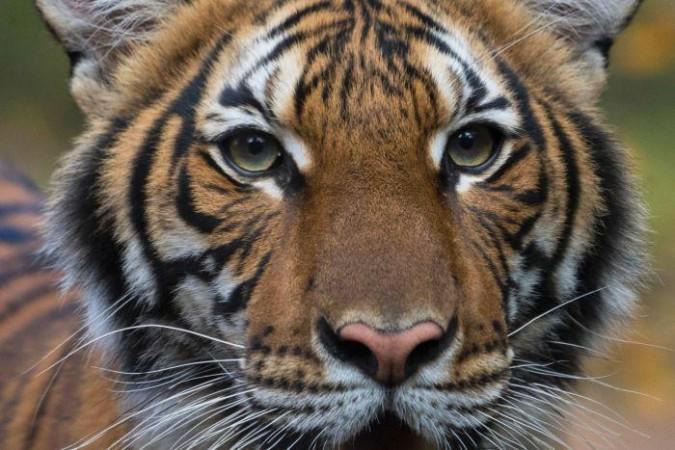 First among the human to animal spread

The virus that causes COVID-19 is believed to have spread from animals to humans, and a handful of animals have tested positive in Hong Kong.

But officials believe this is a unique case because Nadia became sick after exposure to an asymptomatic zoo employee, Paul Calle, chief veterinarian at the Bronx Zoo, told Reuters. Calle said they did not know which employee infected the tiger.

"This is the first time that any of us know of anywhere in the world that a person infected the animal and the animal got sick," Calle said, adding that they planned to share the findings with other zoos and institutions. "Hopefully we will all have a better understanding as a result."

While the other tigers and lions were also exhibiting symptoms, the zoo decided to test only Nadia because she was the sickest and had started to lose her appetite, and they did not want to subject all the cats to anesthesia, Calle said.

"The tigers and lions weren't terribly sick," he said. 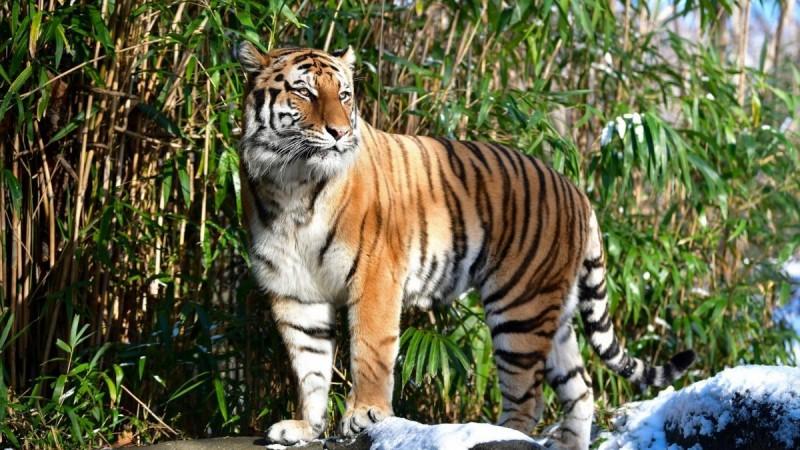 Nadia underwent X-rays, an ultrasound and blood tests to try to figure out what was ailing her. They decided to test for COVID-19 given the surge in cases in New York City, the epicenter of the outbreak in the United States.

The first tiger at the zoo, which has been shut since mid-March, began showing signs of illness on March 27, according to the U.S. Department of Agriculture National Veterinary Services Laboratories, which performed the test.

There's one coronavirus case in Tottenham. The Premier League conducted 1,197 tests on June 1-2
Juventus vs Atletico Madrid. Watch a great match of the Champions League of the 2019/20 season
Chelsea Vs West Ham. Watch the beautiful match of round 14 of the 2019/20 Premier League season
Coach Of Bayer Daum: Havertz has the elegance of Zidane and there are no limits
Messi did not train in the General group of Barcelona, but he does not have an injury
Barcelona again asked the players to reduce their salaries (against the background of negotiations with Lautaro) – the team refused
Ronaldo arrived at the Juve base 4 hours earlier to train individually
Source https://www.ibtimes.co.in/tiger-nys-bronx-zoo-tests-positive-coronavirus-contracts-infection-zoo-employee-816847

Dead zone prediction: Larger than average; not near record

Meghan Markle powerfully stands up against racism in 2012 video

How to Peace Out in the Hamptons

Bindi Irwin slams paparazzi for ruining her wedding: 'We had to leave our stunning wedding venue'

Woman receives 'insane' response over clever birthday 'vacation': 'They told me no traveling...'

Lori Loughlin ‘would love to return to TV’ and ‘tell her side of the story’ after admissions scandal: source

Bunker Bitch is still freaking out, called Fox News to say he was only 'inspecting' the bunker

These restaurant chains are keeping us sustained and entertained

3 Tips to Speed Up Selling Your Business

Reeling Republicans mount counteroffensive in battle for the Senate

Trump Now Says He Was Totally “Inspecting” the Bunker, Not Hiding in It

Defense Secretary Mark Esper: 'I Do Not Support Invoking The Insurrection Act'

Trump Administration to Block Chinese Airlines From Flying to the U.S.

Trump administration moves to block Chinese airlines from US

NHRA to resume in July at Indianapolis with limited fans