The Virus Is Killing Young Floridians. Work, Not Partying, Is Often to Blame.

The last time Miriam Castro saw her son Herman, he was in the hospital. A mask covered his tear-stricken face as he sobbed over a FaceTime call.

“He kept saying: ‘I love you, Ma, I love you, Ma. Take care of yourselves. This is no game,’” Mrs. Castro recalled. “He cried and cried.” 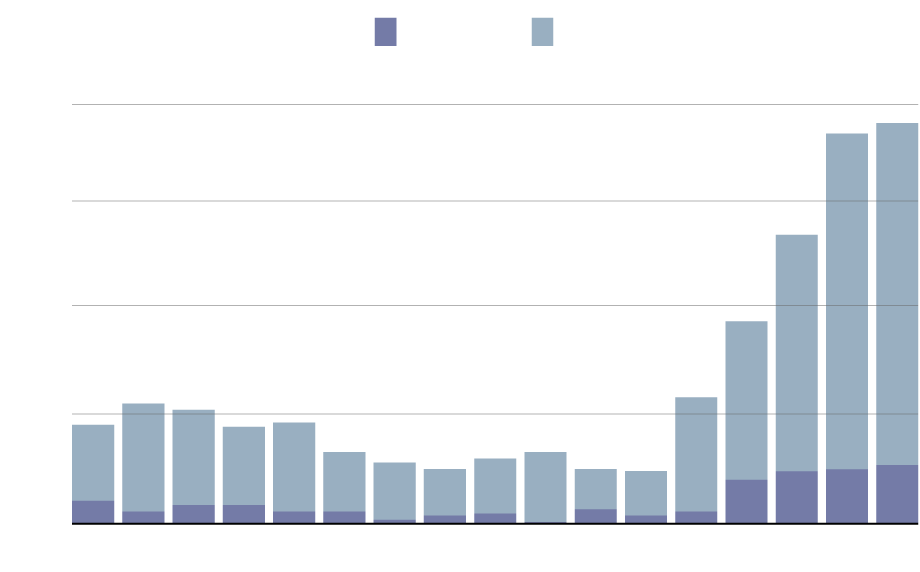 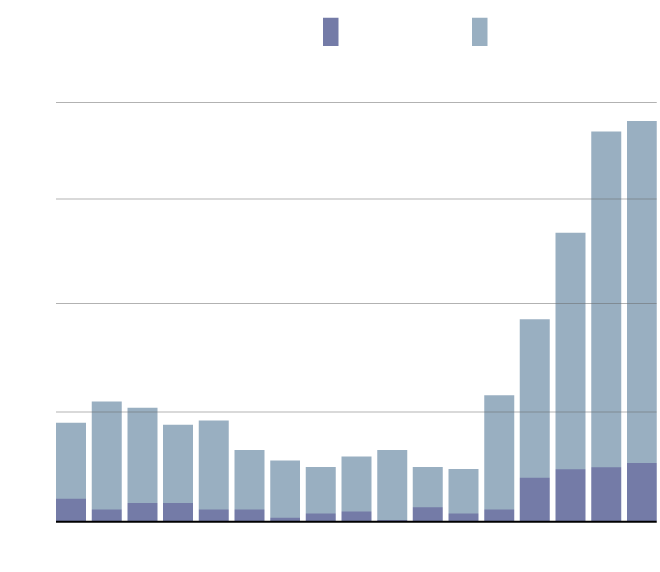 Throughout the pandemic, Gov. Ron DeSantis of Florida has stressed that the state’s coronavirus crisis is largely limited to the very old. He has repeatedly noted that Florida has seen more coronavirus deaths in people over the age of 90 than in all people under 65. But data reviewed by The New York Times shows that’s changing: Deaths were greater in July for residents under 65 than for those over 90.

Additionally, more Floridians in the 25-44 age group died in July than had died in the previous four months of the pandemic combined, a review of Florida Department of Health data shows. More than 200 have died in all.

Although they still make up a relatively small number of the more than 8,000 total coronavirus deaths in the state, the number of younger adults who died of the disease quadrupled last month, underscoring a bitter mathematical reality: As more and more young people test positive for the coronavirus, more of them will die.

Tali Elfassy, an assistant professor of epidemiology at the University of Miami, said that while the case fatality rate is lower for younger people, there has recently been a huge shift in the age distribution of those getting infected — from middle-aged and older individuals, to younger adults.

“Even if the majority of people who are dying from Covid are older individuals, the fact that we have this demographic shift toward younger people becoming infected is going to give us an increase in deaths among younger people,” she said.

Nationally, the share of all deaths that occur in younger age groups remains small — just 38 coronavirus deaths out of every 1,000 in July were attributed to younger people, but that is up from 22 per 1,000 in May.

Through July, about 3,800 people in the United States in the age group had died from coronavirus, according to figures published by the Centers for Disease Control and Prevention. That would make the coronavirus one of the leading causes of death for this age group, roughly comparable to the number of younger people who were murdered over the same time period in recent years.

And these figures include only deaths officially attributed to the virus. The overall death count in the U.S. is far higher than normal this year, suggesting that the virus’s toll is even greater than the official numbers show. More than 96,000 people age 25-44 have died so far this year, compared with an average of 78,000 at this point over the previous five years.

Health officials have worried that young people have been overly reckless in resuming social activities at parties and bars, and the number of infections among younger people has soared. However, the young people who are dying are not necessarily those who got sick at a party.

Among the young who succumbed to the coronavirus recently in Florida were a 26-year-old convenience store clerk and a 42-year-old restaurant cook. At least three of the people who died worked in residential facilities caring for the ill and disabled; one of them was 41 and two were 31. One 35-year-old woman worked at the front desk of a hospital.

Records also show the people who died from the virus in Florida among the young were disproportionately Black. Among people age 25 to 44, African-Americans make up 18 percent of Florida’s population but have accounted for 44 percent of deaths. Black Floridians over 65 are dying at twice the rate of white residents, but among younger adults, the death rate is nearly three times as high. 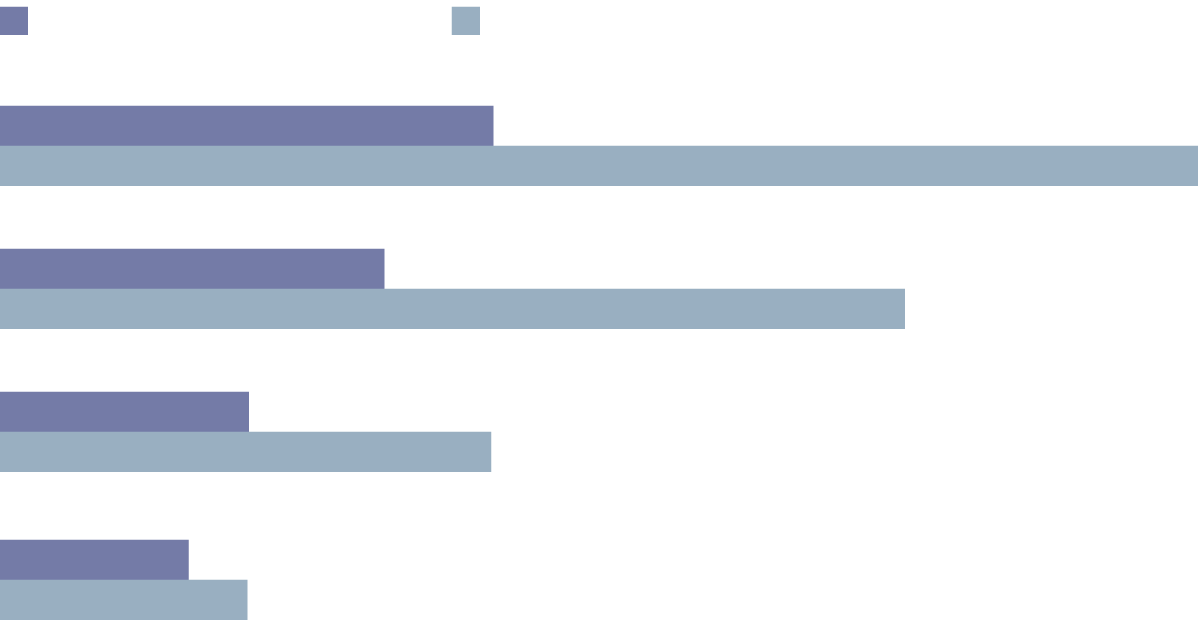 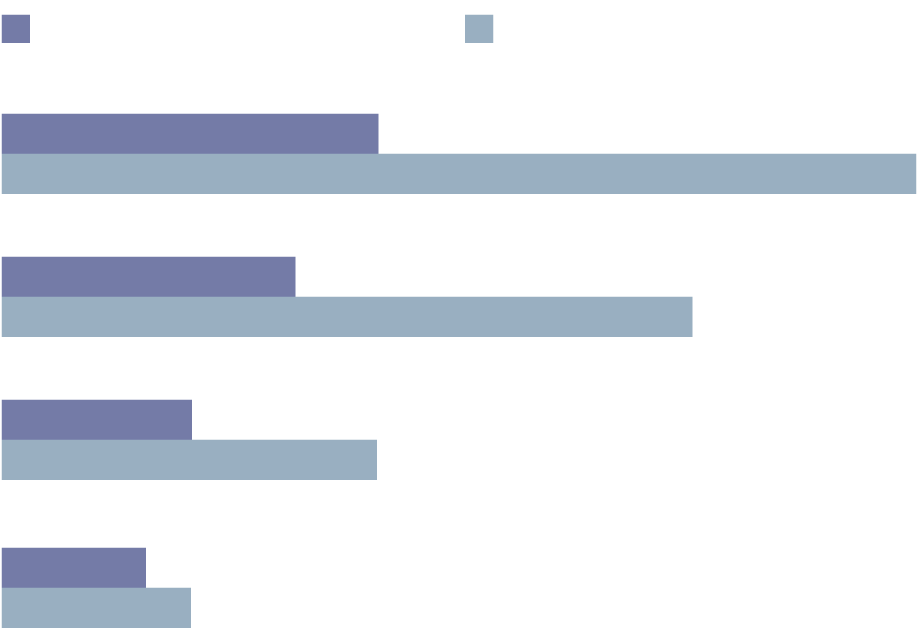 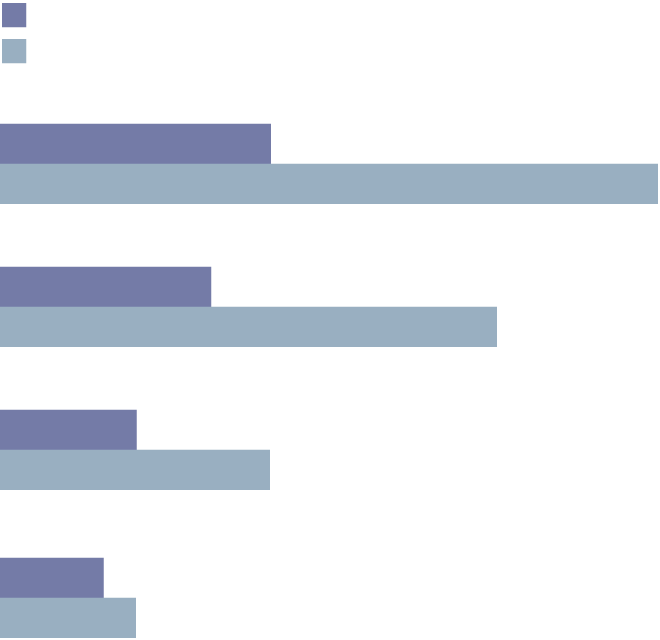 More than a thousand Latinos in Florida have also died from the virus, though their death rate for most age groups is comparable to the death rate for non-Hispanic Whites.

Many of the younger victims had diabetes or were obese, highlighting the risks people with health problems face no matter their age.

Robert Ruiz, of Sebring, Fla., worked at a center for people with traumatic brain injuries. He got sick with the virus from one of the patients.

“He was only 31,” his sister, Chenique Mills, said. “That’s why this is so unbelievable. He’s not supposed to be gone. This is crazy.” 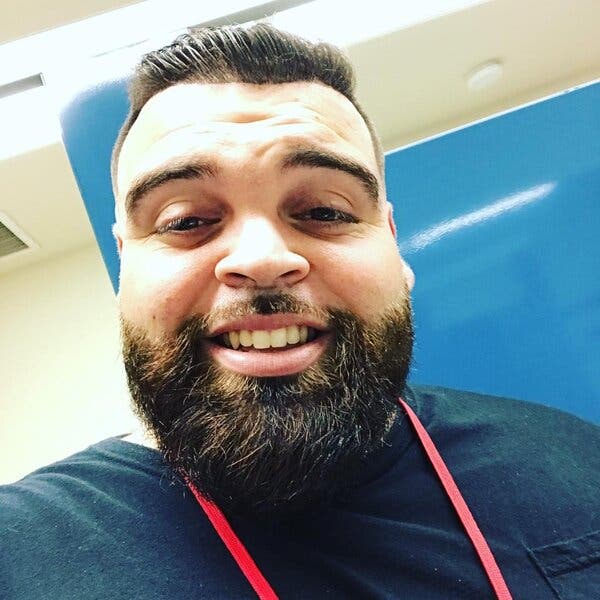 Rob Ruiz in an undated photo provided by his family.Credit...Rob Ruiz

Mr. Ruiz was overweight but had no underlying medical conditions, Ms. Mills said. His Facebook account is filled with selfies taken at the gym, where he was trying to slim down, she said. A born-again Christian, he was a rap artist who enjoyed performing at church functions.

He died July 12 in his bedroom, two days after the onset of symptoms. The coronavirus test administered every two weeks by his workplace came back positive two days later. He left behind a toddler.

“He was blowing it off. He didn’t think it was that serious, either,” Ms. Mills said. “This whole ‘you’re young, it’s not going to affect you’ is irritating.”

Mr. DeSantis said last month that the median age of new coronavirus cases had reached a low of 33, down from 50s and 60s in March and April. Records show that when tens of thousands of young people started testing positive shortly after the state reopened, the average age began to sneak back up, as young people infected the older people around them.

At the peak of the crisis, the United States saw a point at which 400 young people were dying each week. The most detailed federal data on coronavirus deaths lags behind state and local case reports by several weeks, and does not fully reflect the current surge in deaths. Still, the figures show that nationwide, the toll is approaching 4,000.

What’s happening in Florida played out earlier in the Northeast. While much attention was given to tragedies at nursing homes and assisted living facilities, nearly 700 younger people died from the coronavirus in New York City alone. In New Jersey, 370 people in the 25 to 44 age group died.

The difference in Florida is that the increase in deaths among young people is occurring now. 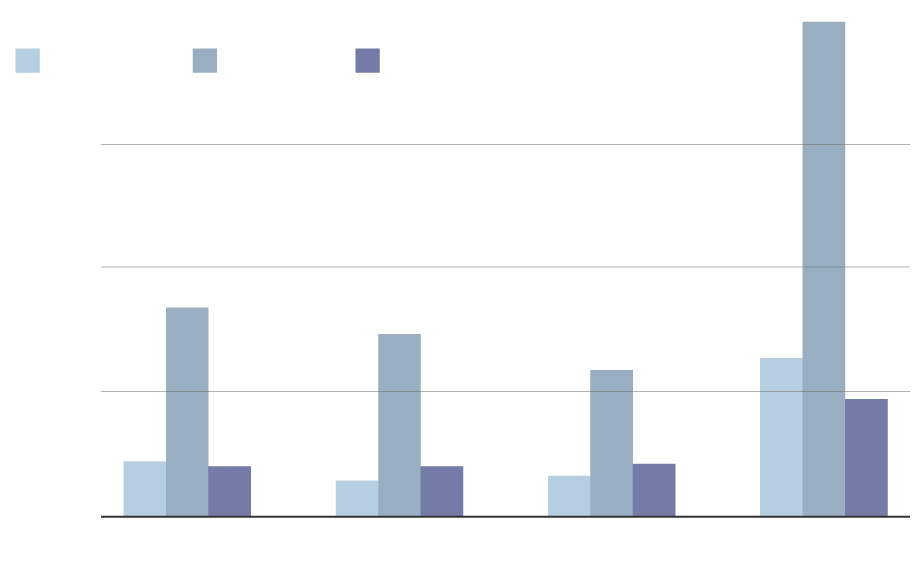 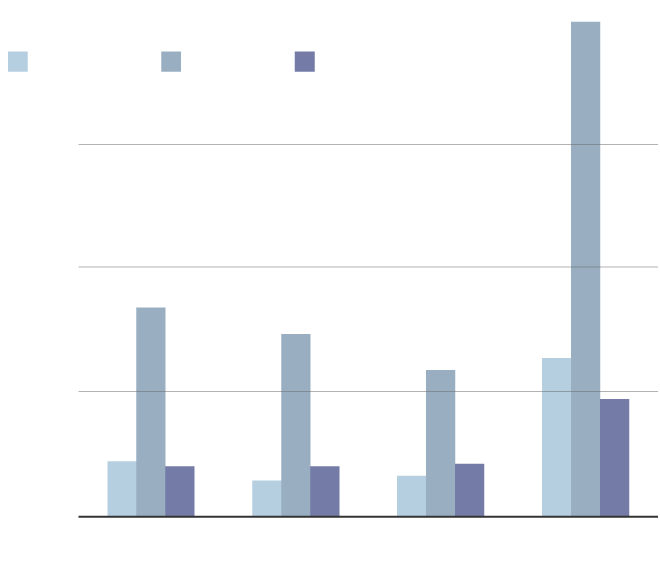 Considering that young people make up more than half of new reported infections, some believe the overall risk to the young is negligible.

Still, health experts continue to urge younger people to take caution. “This is not to be taken lightly,” said Chighaf Bakour, an assistant professor of epidemiology at the University of South Florida. “These are young people — they are not supposed to be dying at this age.”

Ms. Bakour pointed out that tracking deaths only tells a portion of the story since coronavirus infections can result in poor outcomes — like chronic breathing problems and other long-term health complications — without resulting in death.

Cindy Prins, an associate professor of epidemiology at the University of Florida, said the public should expect more deaths among young Americans.

Several Florida-based epidemiologists said that coronavirus deaths among young people in the state may be helping to expose long-existing social and health inequities between Black and white people. African-Americans, they said, were more likely to have co-morbidities, like diabetes or obesity, even at a young age, which could make them more vulnerable to the virus and put them at a higher risk of death.

Infections can be transmitted among ethnic minorities and economically disadvantaged people because they don’t have the luxury to socially distance in their homes, which are often tight quarters, they said. Many of them also work essential jobs that already put them at risk, and have to use public transportation to get to in-person work.

“You have this double impact of minorities being more likely to contract Covid and then more likely to die because of the chronic conditions,” Ms. Elfassy said.

Imelda Bernardo believed that her son, Alexander G. Bacani Bernardo, would recover from the coronavirus. After all, he was only 22, and didn’t suffer from underlying illnesses. He weighed about 300 pounds, but he was tall and muscular, she said.

Mother and son, immigrants from the Philippines, both worked in a nursing home in Jacksonville — Mrs. Bernardo as a dietary cook and he as a dietary aide. While he was sick at home with his family, Mr. Bernardo is thought to have infected his father, Alvin, 49, who was a smoker with diabetes and hypertension, according to state health records.

The son died on July 17. His father, two days later.

Jose Mourinho: what happened to Dyer is not normal, he was dehydrated. If the League management doesn't care about the players, I don't
Jose went berserk twice during the match with Chelsea: ran over Lampard and ran to look for Dyer - he rushed to the toilet right during the game
Lampard on relegation from the League Cup: we Need to keep a positive attitude. Everything will come if Chelsea score second, leading the score
Call of nature, what can you do? Dyer explained why he ran to the dressing room during the match with Chelsea
Mourinho and Lampard shook hands before the penalty shootout. In the first half, they had a fight
Dest arrived in Spain to complete a transfer to Barca
Lionel Messi: I Am responsible for my mistakes. I wanted Barcelona to become stronger
Source https://www.nytimes.com/2020/08/11/us/virus-young-deaths.html

Trump requests he and Biden be checked for earpieces before debate

Tim Murtaugh: Presidential debate reminder -- Biden is a skilled debater. It's his record that's a failure

Washington boosts support for Greece in spat with Turkey

Rangers buying out Henrik Lundqvist in bittersweet end of an era

Matt Drudge rumored to be seeking investors for Drudge Report

COVID-19 cases rising among US adolescents

Breonna Taylor’s Black neighbor questions exclusion from indictment: ‘I’m a human being too’

A pregame guide to zingers, tells and expectations in the first US presidential debate

The 'Meanwhile in America' pregame guide to zingers, tells and expectations in the first presidential debate

Trump, Biden do walk-throughs ahead of first presidential debate

‘Almost as round as it is long’: National Zoo’s panda cub is getting so plump

Jill Biden shuts down question about husband's gaffes: 'You can't even go there'

Ready for 'The Mandalorian' Season 2? Now you can watch it with Lego Baby Yoda

Disney Lays Off a Quarter of U.S. Theme Park Workers

Texas cheerleader targeted by 10 students who led officers to swarm her dorm with guns, family says

Michael Flynn's attorney asked Trump to hold off on pardon

Zendaya In Talks To Play Ronnie Spector In A24 Film About Iconic Singer; Label Acquires Life Rights & ‘Be My Baby’ Autobiography

'Borat' sequel to be released by Amazon before election

What Time Will ‘The Boys in the Band’ Be on Netflix?

2020’s First Presidential Debate: Time, how to watch, and what to expect

The Apple Watch SE may just be the best option yet, with a few compromises

Fact check: 10 false or misleading claims Biden and Trump make about each other

Nearly 3 Years Since The Me Too Reckoning, Progress Has Been Slow, Reports Find

Disney To Lay Off 28,000 Workers From Disneyland, Disney World

For Yosemite day-trippers, it's no reservation, no problem as of Nov. 1

With Friendly Visits to Republicans, Barrett Makes Her Capitol Debut

Disney is laying off 28,000 employees as pandemic hammers its theme parks

Mueller Issues Rare Statement To Defend Against Criticism of His Probe

Masahiro Tanaka’s Yankees legacy is clear even if it’s over: Sherman