Breaking through the clutter of male grooming products, tapping into the naturally known yet market unfamiliar, non-famous trend of growing beards as opposed to the clean shaved look for formal meetings and associating it with hygiene, creating a niche and unique category for itself, and now managing a successful complete exit by selling 100% stake to Marico for an undisclosed financial sum - the beard category product innovators, the men behind the Beardo brand, co-founders Ashutosh Valani, and Priyank Shah have traversed a long uncharted pathway for the rest of the industry to follow.

Looking beyond the limited products in the male grooming category of shaving creams, razors, and deodorants, start-up Beardo went on to create a profitable business line, tapping into a niche category and organic route to demand creation, instead of disrupting the existing line of products and facing competition.

A closer look at the male grooming segment in time

The report highlighted, "Shaving has traditionally been the biggest part of the male grooming regimen, which has gradually evolved first to basic Body Care and then in recent times to Hair Care. The linear journey has now got layered with styling products including hair colours and hair gels, as well as specialized grooming products like facewash targeted for beards. These specialized products for Body (17.1%) and Hair (20.4%) are growing at twice the rate of the traditional male grooming products for face/shaving (8%)." 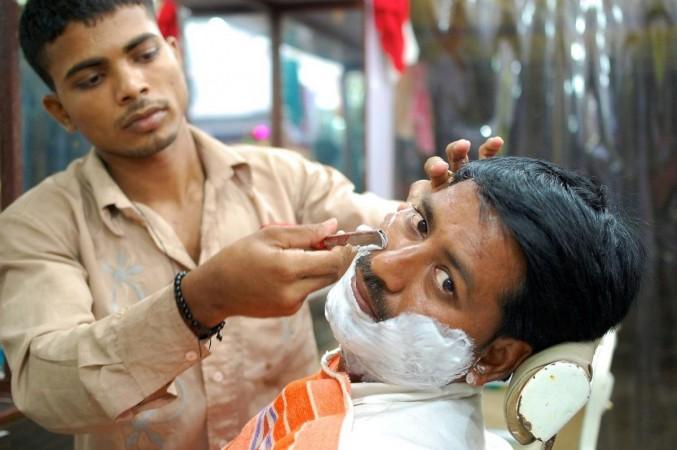 Shaving was a need for personal grooming for men, not anymorePixabay

In the past, beard care used to be only about shaving, but now men want to grow and style their beards. This has triggered a range of innovative products that provide dual benefits for men. For instance, the benefit of beard wash has been added to the product line of face wash offering, and also an aftershave balm that works for both a clean shave as well as a trimmed beard is launched.

How did the Beardo launch?

Tapping into Rs16,800 crore male grooming segment was not easy for the brand Beardo, targeting the set of men who wish to grow some hair on beards and mustache. Beardo disrupted the monopoly created by Gillette razors emphasizing the quintessential need for men to be shaved, without positioning itself as a competitor into the same category.

It all began in 2015 when co-founders Ashutosh Valani and Priyank Shah discovered that the men's personal grooming sector was largely untapped, and the only products that were in demand were shaving cream, razors, and deodorants. Coming up with a trendy new-age style statement and an idea of making beards fashionable, they launched their first products – the Beardo Beard Oil and Beard Wash, under the brand name of 'Beardo'. 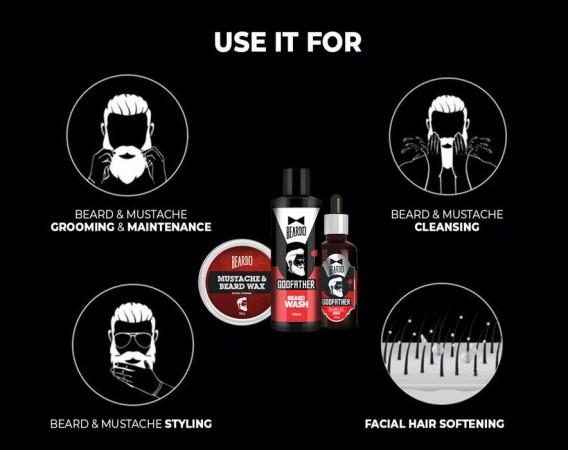 Beardo products for maintenance and care for facial hairBeardo.in

Today, Beardo has a strong presence on all the major e-commerce platforms and the website sees the traffic of about half a million people every week.

Beardo managed to disrupt the personal care segment, hurting demand for other products mainly razors to impact on the profit margins of the indisputable market leader Gillette then, by influencing change in consumer behaviour and mindsets.

Opting the organic route to embrace nature's ways of daily life, doing away with the arduous task of shaving every day by making beards trendy as a style statement for the new-age man, Beardo found a way to tap into the male psyche and make men pay for sporting trendy beards by buying into its product line.

Calling exit after making beards trendy and fashionable for men

In the Indian startup ecosystem, full exits are rare but Beardo has managed to successfully offer a full exit to its founders and supporters within five years of its inception. How and why? In 2017, Marico acquired a 45% stake in Beardo and now it went ahead and acquired the remaining 55%. While details of the transaction value remain undisclosed, Fintrackr estimates the total value of the acquisition to be between Rs 350 to 400 crore.

While refusing to share details of the deal, Beardo's founder Ashutosh Valani confirmed the exit of all its stakeholders to Entrackr. Clocking profit of about 3 to 5% EBITDA on net sales in FY20 and Rs 80 crore net sales in the last fiscal, the Beardo brand has been posting profits of around Rs 13,513 crore during FY18 and post-Marico's acquisition in 2018 its distribution network has accelerated multifold in the fiscal. 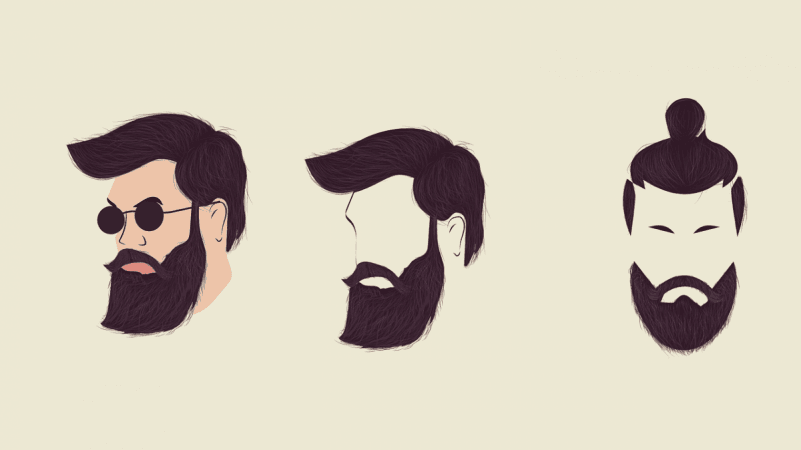 Beardo founders Valani and Priyank Shah held a 22 per cent stake each in Beardo, which was later offloaded to Marico that helped them earn Rs 150 to Rs 180 crore each in the transaction. Similar terms were agreed upon when the remaining 55% stake was sold to Marico later by the founders.

The duo became millionaires by creating a niche product category of growing beard hair and mustaches as a trendy style statement for men and associating it with the conscious male identity.

Focusing on personal grooming for men

The 'ALWAYS A BEARDO' campaign was designed to bring back renewed passion of men towards their beards and facial hair, flaunt their beards in style both old and new, give moustaches and beards the much-needed attention and personal care "me" time during the lockdown. The brand message was to divert male focus to grooming best and making most of this downtime from work, celebrate and grow their beards, and experiment with a whole new look this season.

Generally, hair removal as hygiene essential is associated with women, Reckitt Benckiser (RB) recently launched a hair removal cream for men under its popular Veet brand to tap into the male grooming fairly small segment. This has prompted many companies catering to men grooming products to look beyond shaving creams and deodorants for men. Bollywood celebrity Kartik Aryan was roped in to endorse the hair removal cream for men under the brand Veet in India and other parts of the world.

Nuno about 0:1 with Sevilla: Disappointment. Wolverhampton conceded too often in the final minutes
Immobile about Newcastle: They called my agent when the sheikhs bought the club
Liverpool are confident they will sign Tiago. The player has already agreed a contract and is pressing Bayern
Our judging = fear and helplessness. Instead of Kaloshin and Kashshai – a soulless system that does not care
Lothar Matteus: Messi is not enough to pass such a Bayern. I am not afraid of Barca
Thomas Tuchel: Mbappe will play Atalanta if nothing happens
Lille acquired 20-year-old forward David from Gent. He is the best sniper of the CONCACAF Cup
Source https://www.ibtimes.co.in/beardo-millionaires-trendy-beard-category-founders-exit-sell-full-stake-marico-824218

Coronavirus cases in children spike in California, according to reports

Detroit Lions have gone 11 days without a positive COVID-19 test: 'I feel safe'

Are you ready for Trump's Gettysburg Address?

'Dr. Pimple Popper' shares how she keeps 'maskne' away in quick tutorial video

'Defund the Police' message in DC mural being repaved

Trump is assembling a coalition of the willing against China

Group sues police for any videos of man's fatal shooting

Hollywood's Highest-Paid Actors of 2020 Revealed: Find Out Who Leads the List

'Let's win this, together': Biden, Harris spouses gear up for campaign trail over Twitter

Agency swats down prospect of mosquito flag for Mississippi

This tiny home inspired its owner to live a greener lifestyle

'Reckless and foolish': Why Russia's vaccine has experts alarmed

Who is Kamala Harris, Joe Biden's pick for vice president?

Jessica Tarlov: With Kamala Harris at VP pick, Biden got it absolutely right

It's a terrible time to open a restaurant. Here's why some owners are pushing forward

Why Kamala Harris Is A Historic Vice Presidential Pick

The marvelous music of 'Mrs. Maisel' is the joy break we all need

Here's why Big Ten postponed college football in 2020: 'Too much uncertainty'

Big Ten football postponed, but a double season in 2021 leaves many questions

Deadly derecho leaves path of destruction across Midwest, 800,000 without power

Kamala Harris Is Biden’s V.P. Pick. Here’s What to Know About Her.

Here's why Joe Biden chose Kamala Harris as his VP

It’s Official: The United States Screwed Up Coronavirus So Badly That It Ruined College Football Season

Seattle's police chief stepping down after cuts to department

Kamala Harris 'honored' to be Biden's running mate, touts his ability to 'unify'