After a video of Terence Lewis inappropriately touching Nora Fatehi at a reality show went viral, the actress has broken her silence on the matter. A video showing Terence Lewis touching Nora's butt before clapping had gone viral.

The video received massive backlash and slamming on social media. Fans even questioned Nora's silence on being touched indecently. And now, Nora has decided to speak up. 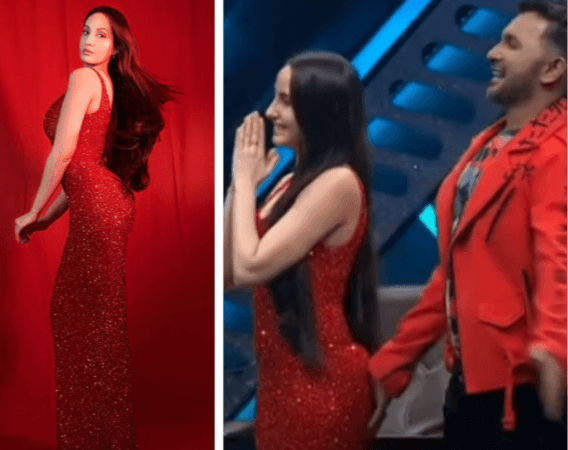 Reacting to the strong comments on the video, Terence had shared a picture of him lifting Nora and written, "A Zen Master and his disciples of monks were walking in the Himalayas back to their monastery. On their way to the monastery, they had to cross the river Ganga flowing fully though less violently. There was an young beautiful maiden in distress, sitting close to the banks, whose village was just across the river. She was scared to cross the river by herself so she asked the elder monk to help her cross the river. "Sure," said the Zen Master and held her up in his arms. They crossed the river and he let her down gently as she went to her village after thanking the Master. The younger monk wasn't taking this all easily. He looked a little worried. The monks came to their monastery after a couple of hours of difficult walk in the hills, but the younger monk was still not settled."

He further wrote, "Sensing it the Guru asked him what the matter was. The young monk said "Master, we have sworn of not touching a woman, but you carried her in your arms, you tell us not to think of women but you touched her" complained the disciple. The Zen Master smiled n replied "I carried her across the river and left her on the other side. Are You Still Carrying Her? (sic)." 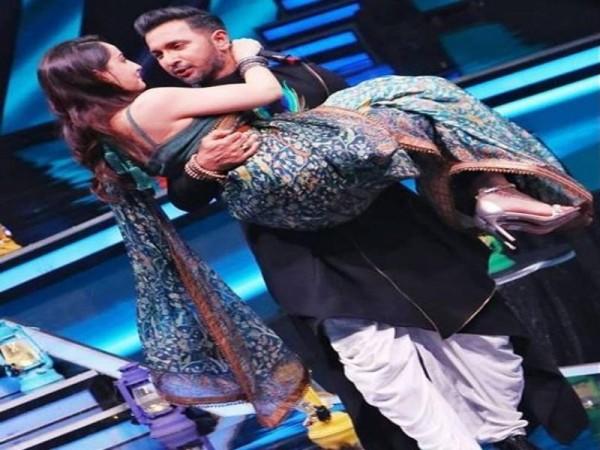 Reacting to this, now Nora Fatehi has said, "'Thank you, Terrence! In today's time of social media video morphing and photoshop effects for meme purposes. I'm glad you have not let it bother you and you have remained poised and dignified! This too shall pass. You and Geeta mam has been so respectful with me and have made me feel so loved and accepted as a judge on the show, it been a great life learning experience! Stay blessed (sic).""

Highlight of the month: the Rangers forward scored from 50 meters (the farthest goal in the history of the Europa League). Gerrard says he's never seen anything more beautiful 😍
Mourinho on 3:0 with LASK: Difficult opponent, but Tottenham played so that the victory seemed easy
Stefano Pioli: Milan is not an ordinary team. He plays with less dedication after the Derby
Barca players - report on salary cuts: We are not going to put up with the violation of our rights by the club
Milan are 21 games unbeaten in all competitions. Next game - with Roma
A year ago, a forest was planted at the rival CSKA stadium. The author paid attention to the felling of trees
Conceisau about the refereeing of the game with Manchester City: I Apologize to the Portuguese referees after what I saw here
Source https://www.ibtimes.co.in/thank-you-terence-nora-fatehi-reacts-viral-butt-touching-video-terence-lewis-828778

Mom relies on food bank to feed kids amid pandemic

Trump and Biden refrain from interrupting each other

Biden slams Trump for his friendship with Kim Jong Un

Biden Weighs in on Foreign Election Influence: Any Country That Interferes ‘Will Pay a Price’

222,000 Dead, But Trump Says America Is 'Learning To Live With' Coronavirus

Biden Urges Trump To ‘Just Show Us’ His Tax Returns

Trump says he prepaid ‘millions and millions’ in taxes

Trump on Covid-19: “I take full responsibility. It’s not my fault.”

Swing-state Pennsylvanians are divided on fracking. Here’s why.