As the coronavirus pandemic swept across the world and governments scrambled to enact emergency lockdown measures, Sweden was labeled an outlier for its seemingly relaxed approach that imposed only light restrictions on daily life.

Its measures were markedly different from its Nordic neighbors, keeping most schools, restaurants, salons and bars open. It did, however, ask people to refrain from making long journeys, placing an emphasis on personal responsibility. Sweden's Covid-19 death toll now stands at 4,542, while Denmark's is 580 and Norway's is 237, according to Johns Hopkins University.
"There are things that we could have done better but in general I think that Sweden has chosen the right way," Sweden's chief epidemiologist Anders Tegnell said Wednesday, in an interview with Swedish newspaper Dagens Nyheter.

Much of the criticism around Sweden's response has focused on the high death rates in care homes. Tegnell admitted the country's Public Health Agency "didn't know that there would be such a big potential for the disease to spread in elderly care homes, with so many deaths."

"We knew that group was very fragile and that we would get a lot of deaths if they got infected. But we didn't know that the disease would enter so easily and for the spread to be so big," he said.

Tegnell said the country's main strategy of social distancing still "worked well" and he "can't see that we should have done it in a completely different way." 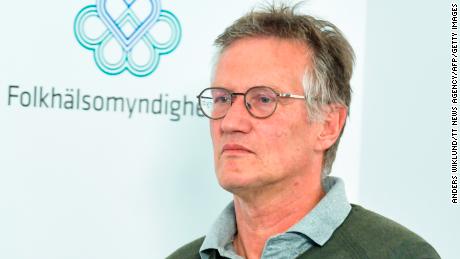 In a news conference later on Wednesday, he reiterated: "We still think that our strategy is good. But there are always improvements that can be made, especially when looking back in time."

He was responding to reports on comments he made in an earlier interview with Swedish radio, which were widely interpreted as an admission of a failure. "If we were to encounter the same disease, given exactly what we know about it today, I think we would reach a conclusion to act somewhere in between what Sweden did and what the rest of the world did," Tegnell said in that interview.

Asked if too many people have died too early, he replied: "Yes, absolutely. That is what we will have to think about in the future, if there had been any way to prevent that," he explained.

The Swedish government has announced it will launch an inquiry into the country's coronavirus strategy and the measures taken, with details of what form it will take expected before summer.

On Wednesday, Prime Minister Stefan Löfven told the country's Aftonbladet newspaper: "I am in charge of the government, and that is why we have used the strategy that we have applied all along." 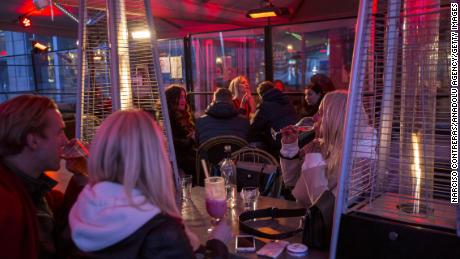 He said parts of Sweden's strategy to limit the virus were correct, for example, because the healthcare system was not overwhelmed but "at the same time, we must admit that the part about the spread of the disease within the elderly care, that has not worked, that is obvious, we have too many older people who have died."

Last month a CNN report found people dying in care homes accounted for around half the country's total death toll, with many grieving families saying their loved ones never received any medical treatment.

Leli Sedghi said her 92-year-old father died in a Swedish care home without ever seeing a doctor after falling ill with Covid-19. "It's haunting me," Sedghi said.

Asked if he thinks this is happening, Tegnell told CNN at the time it was a "very difficult question to answer."

"You have to remember these people are very old and extremely ill and normally you don't move these kinds of people from their homes to hospital care," he added.

On May 15, Löfven rejected the "narrative" that "Sweden is doing so totally different than other countries," saying "that's not the case."

"Life is not carrying on as normal in Sweden. Many people are staying at home which has had a positive effect on limiting the spread of the virus," he said during a news conference.

"Of course we are painfully aware that too many people have lost their lives due to Covid-19. Just like several other countries we did not manage to protect the most vulnerable people, the most elderly, despite our best intentions."

Lofven said his country's strategy was to "make sure that the measures that we implement and decide upon should be long-term because we regard this as a marathon." He said Sweden did not want to have to implement decisions, take them away, then bring them back again.

In mid-May, Sweden's Public Health Authority revealed that despite the country's more relaxed approach only 7.3% of people in Stockholm had developed the antibodies needed to fight the disease by late April. The figure was roughly similar to other countries that have data and well below what is needed to create "herd immunity" in a population.

Sweden's strategy was criticized by researchers in the country early on, who said that attempting to create herd immunity had low support. But the authorities denied that achieving herd immunity was their goal.

Herd immunity is reached when the majority of a given population -- 70 to 90% -- becomes immune to an infectious disease, either because they have become infected and recovered, or through vaccination. When that happens, the disease is less likely to spread to people who aren't immune, because there just aren't enough infectious carriers to reach them.

A Parma employee has a coronavirus. The team is isolated on the base, but will continue to play in the championship
Kalidou Coulibaly: Napoli is not going to Barcelona as tourists. We are able to give battle
PSG have extended their contract with Kimpembe until 2024
Suarez is not in the start for the match with Valladolid. He has scored 4 goals in the last 4 games for Barca
Dyche Pro 1:1 with Liverpool: top team Scored. Talking about three points is too much
Klopp on the draw with Burnley: Liverpool should have scored 3-4 goals. We are disappointed
Barcelona must pay Borussia 20 million euros if they sell Dembele
Source https://edition.cnn.com/2020/06/03/europe/sweden-coronavirus-lockdown-intl/index.html?utm_source=feedburner&utm_medium=feed&utm_campaign=Feed%3A+rss%2Fcnn_latest+%28RSS%3A+CNN+-+Most+Recent%29

A plasma injection could protect healthcare workers from COVID-19 ... so why aren't they getting it?

Sessions hits back at Trump days ahead of Alabama Senate runoff