A supermarket shopper in England was filmed smashing wine bottles after she was allegedly instructed to be mindful of the store’s coronavirus safety policies.

Closed-circuit surveillance footage of the incident, which actually took place in May, was only recently shared by the management of Co-op Food location in Surrey, The Times of London reports.

In the video clip, the woman can be seen walking by a checkout station when an employee, or perhaps a manager, allegedly reminds her to pay attention to the store’s one-way aisles.

“Seriously?” the woman asks repeatedly, before slamming her hands against an acrylic glass barrier that separates the employees from the shoppers.

She then begins picking up objects from the floor, and tossing them across the shop, before walking over to the wine display, where she pulls several bottles off the shelves. The bottles shatter on the ground, leaving a pool of wine on the floor.

“I’ve done nothing wrong!” she shouts as she leaves the store. She then adds, “Now I have!” as she once again slams against the barrier.

Co-op Foods’ chief executive, Jo Whitfield, remarked on the incident in a letter to the prime minister, in which she and other representatives of retail outlets called for stricter penalties for those who violate current COVID-19 safety guidelines.

“The role played by shop workers in serving their communities is nothing short of amazing, yet they have to contend with unprecedented levels of violence and abuse on a daily basis,” Whitfield said, per the Times. 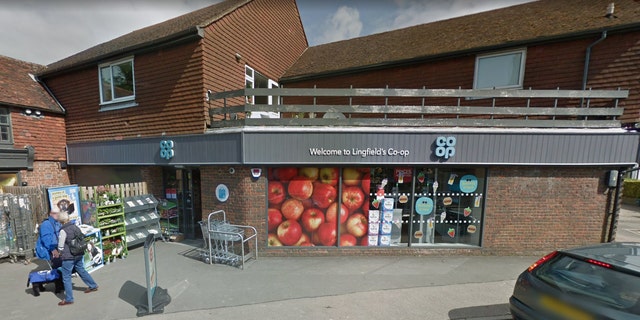 Closed-circuit surveillance footage of the incident, which actually took place in May, was only recently shared by the management of Co-op Food location in Surrey, England. (Google)

To her point, incidents of disobedience or even violence have been recorded stateside as well, with defiant, maskless customers screaming at the staff at supermarkets and Walmart locations, as well as fast-food restaurants including KFC and Taco Bell.

Retailers in the U.K. have also claimed they were coughed on, spit on, and even assaulted by customers who were told to comply with their health and safety measures, per the letter.

In writing to the prime minster, those retailers are hoping parliament passes a bill that seeks to re-classify an assault on a retail worker as an aggregated offence, the Times reports.

We continue to collect the best team in history. Now the right-wing defenders of the
Ryan Giggs: It may be 15-20 years before the Manchester United title
Galaxy fired head coach Skelotto
Gattuso about 1:0 Sociedad: match depended, decide whether Napoli the task of advancing to the playoffs the Europa League more than half
The fall of the Portuguese, whom Cristiano put above himself. From Chelsea and Mercedes in 16-to viewing in Kuban and term for drugs
Juve are in talks with the sacked Sarri to terminate their contract. The coach received 5.5 million euros a year
Fonseca Pro 0:0 with CSKA Sofia: The quality of Roma's game in Serie A is different, but that's normal. Rotation is needed
Source https://www.foxnews.com/food-drink/supermarket-shopper-smashing-wine-bottles-covid-19-policy

Is Halloween Canceled in N.Y.C.? Not Officially, but …

Wine of the Week: Halloween candy and wine pairing

You Want to Talk French Tennis? Start With the Four Musketeers

The Swagger of Denis Shapovalov

Who Is Mark Vines? He Once Dominated Paris

Puerto Rico's child entrepreneurship and its philosophy of changing the world

Head of church in Montenegro dies after COVID-19 infection

Column: Ted Leonsis on bringing sports betting out of the shadows

The next blow for businesses: Tax hikes that threaten more layoffs

‘I view it as propaganda’: Trump’s food box letters create problems in run-up to election

A Journey into the Heart of America’s Voting Paranoia

The independent candidate who could decide the Senate

If Prince Harry can acknowledge his white privilege, why can't everyone else?

Donald Trump Jr. Gets Instant Fact-Check After Most Brazen Coronavirus Lie Yet

Tokyo Olympics to give refunds to ticket buyers in Japan

5 essential aspects for a winning venture

‘Enough Of The Lies’: Joe Biden Is Done With Donald Trump’s COVID-19 BS In New Ad

Eric Trump Gets Taken To School Over Economic Growth Boast

As Anonymous admits lying, will the vitriol rage on after the election?

How Heidi Klum Became the Queen of Halloween

A Meet-Cute at Church and Lots of Sex: Inside Ashley Graham's Spicy Marriage

NBA Draft: Timberwolves, who pick No. 1, meet with LaMelo Ball

Hurricane Zeta Leaves Death And Destruction In Its Wake