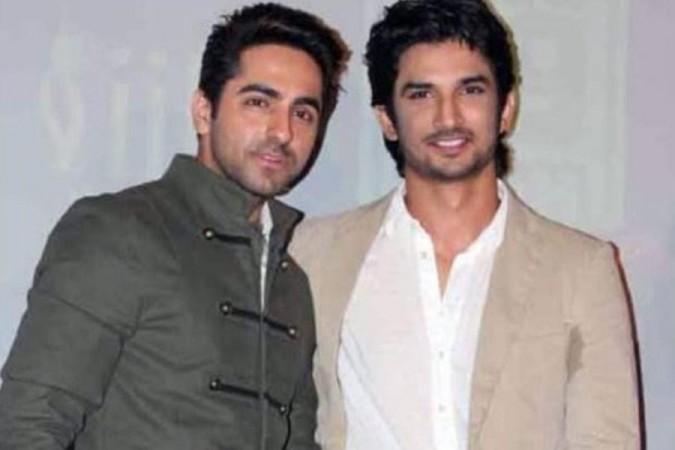 Just a few days after the announcement of Ayushmann Khurrana's next movie with filmmaker Abhishek Kapoor, the makers have now finalised the leading lady. Actress Vani Kapoor, who has impressed viewers with her performances in Shuddh Desi Romance and War, has bagged the project beating some of her contemporaries.

Although Ayushmann's fans are excited for his new project, looks like a certain section of social media users are mighty upset with the actor and are in no mood to watch his films. In fact, such is the anger among netizens that #AyushmannKhurrana is trending on Twitter.

From calling him 'spineless' to 'Bollywood mafia's chamcha', most of the users are targeting him for maintaining total silence on Sushant Singh Rajput's death and allegedly siding with B-town biggies despite being an outsider himself. A few people also pointed out how the actor openly supported Rhea Chakraborty, the prime accused in the late actor's case.

One of the users wrote: "The problem is not that Aditya Chopra is his mentor. The problem is showing sympathy with cuprits, justifying nepotism and not a single word for SSR. Keeping mum on an injustice is a crime itself. People expected better from #AyushmannKhurrana but turns out even he is spineless!" 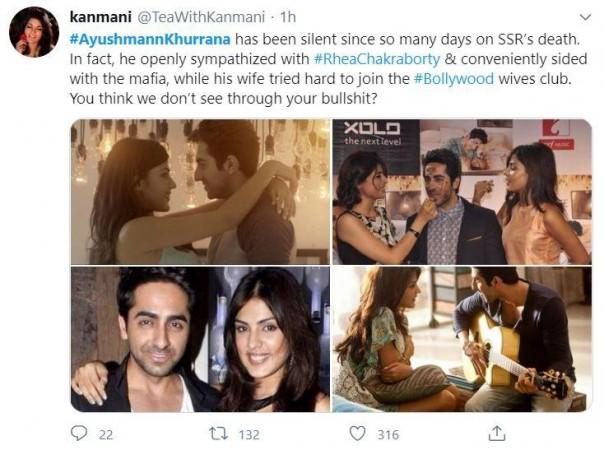 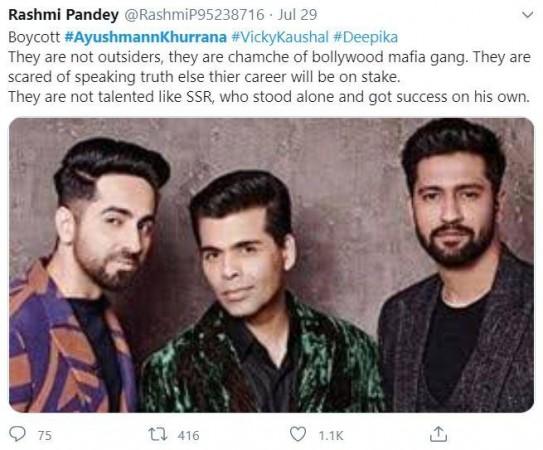 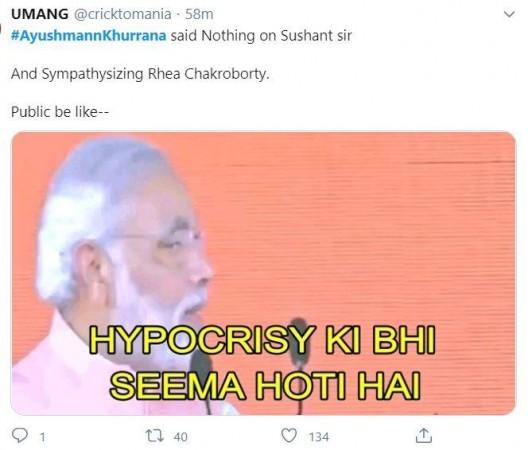 Ayushmann on his association with Abhishek and the new project:

Meanwhile, the Andhadhun actor's upcoming movie will see him playing the role of a cross functional athlete and is set to go on floors in October. The yet-to-be-titled film will hit the screens in 2021.

The Gulabo Sitabo actor said in a statement: "Abhishek has a very distinct voice in cinema today and I'm glad that we finally got the opportunity to collaborate on a project that's exceedingly close to my heart. This film has all the trappings to take audiences through a ride of emotions and it is a total family entertainer. It is a beautiful, progressive love story that will also touch your hearts,"

He concluded by saying, "I'm supremely excited about the physical transformation that I will have to undergo. It will present me in an all-new avatar. I have never looked like this on-screen and I'm looking forward to seeing the reaction of audiences. The process is going to be intense and excruciating for me but I feel all the pain will be worth it." 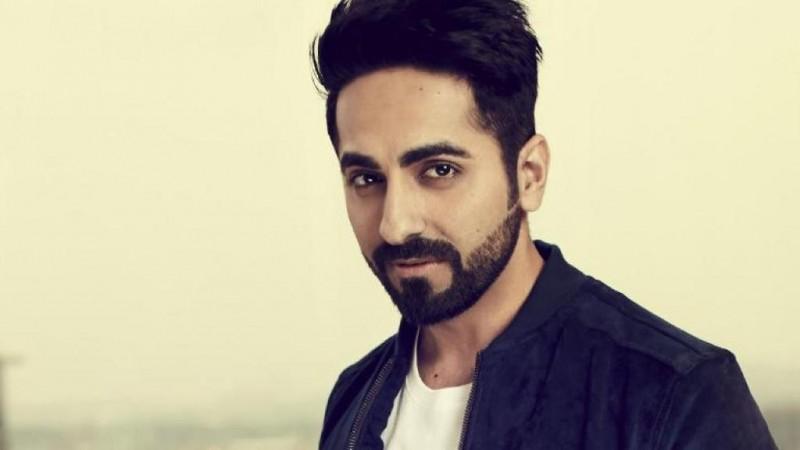 Shomurodov is close to moving from Rostov to Genoa for 8 million euros (Sport Italia)
Pobegalov about 12 cases of covid in Shinnik: I hope we can start training by October 4
Kulchiy is likely to become an acting coach of Dynamo. They want to keep Novikov in the club's system
Due to covid, the Premier League season may be considered prematurely completed if the 2/3 and 3/4 rounds are completed
Bayern could give Nübel a loan deal if Ulreich stays at the club
Former Italy striker Pazzini is Interested in Spezia. He is 36
Cherevchenko about Khimki: we will work both tactically and physically. Need to tighten up the team
Source https://www.ibtimes.co.in/spineless-chamcha-ayushmann-khurrana-gets-slammed-keeping-mum-sushants-death-case-825946