Get all the latest news on coronavirus and more delivered daily to your inbox.  Sign up here.

"Sonic the Hedgehog" will race into theaters again in an upcoming sequel.

Following the success of Paramount Pictures’ adaptation of the popular Sega video game, the studio is reportedly forging ahead with a sequel that will see the original creative team reunite for another go.

According to Variety, the studio confirmed on Thursday that it will make a sequel to the live-action family comedy that will reteam filmmakers Jeff Fowler in the director’s chair with Pat Casey and Josh Miller penning the script. Unfortunately, the movie is still in development, so there’s no plot details or casting to report as of yet.

HELP PREVENT CORONAVIRUS WITH HAND SANITIZER: HOW TO MAKE YOUR OWN 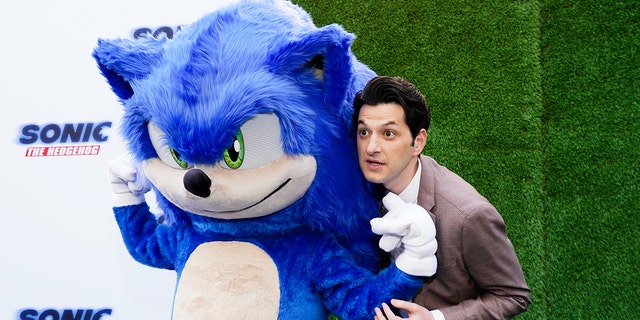 “Sonic the Hedgehog,” starring Ben Schwartz as the voice of the title character along with James Marsden and Jim Carrey, was released in February and ended up scoring the No. 1 opening weekend of all time for a movie based on a video game. Typically, adaptations of games suffer from poor critical, fan and box office reception. However, “Sonic” can boast being the fourth-best Presidents Day weekend debut of all time.

WHAT HAPPENS AFTER YOU GET OVER THE CORONAVIRUS?

The film tells the story of a super-speedy hedgehog who has to get used to his new life on Earth. In his case, that means embracing his good friend Tom as they team up to defend the planet from his evil nemesis, Dr. Robotnik, and his plans for worldwide domination.

Another noteworthy fact about the first “Sonic the Hedgehog” movie is the fact that it bowed in theaters right before the COVID-19 pandemic forced most to close in order to be in compliance with guidelines on social distancing. As a result, it had an extra-speedy home video release, allowing the public to safely watch it from the comfort of their own home.

Agent de Bruyne: Kevin is not thinking about leaving Manchester City. 90% of news is nonsense
Ronaldo is the king of alcohol. I was out with Vieri, begging for beer from the media, and I figured out how to drink in front of the coach
MLS is back: almost 9 minutes of protest against racism and a giant virtual adidas logo in the center of the field
Solskjaer on MATIC: I'm Glad he stayed. We need experience in a team with children who run around
Germany manager Bierhoff: Havertz is a player for Real Madrid
Buffon's agent: Gianluigi should become a coach. He can lead Juve
Barcelona won the court against Santos in the Neymar case. The Brazilians demanded more than 61 million euros
Source https://www.foxnews.com/entertainment/sonic-the-hedgehog-sequel-success-box-office?utm_source=feedburner&utm_medium=feed&utm_campaign=Feed%3A+foxnews%2Fentertainment+%28Internal+-+Entertainment+-+Mixed%29

What to do if you have COVID-19 or its symptoms in Bengaluru: Guide

Being Bored Is the Best Thing That Can Happen to You

Walmart is giving Amazon Prime a serious run for its money

Is evangelical support for Trump a contradiction?