The son of a retired St. Louis police captain who was killed during looting sparked by the death of George Floyd has a message for the person who pulled the trigger: “just step back from what you are doing.”

Brian Powell made the remark to Fox2Now after David Dorn, 77, was gunned down early Tuesday while working as security for Lee’s Pawn Shop and Jewelry. Around 4 a.m. that morning, Powell said his brother – who was crying – called him to inform of him of his father’s death, leaving a "numbing feeling that came over my body.”

“The person who pulled the trigger, my message to them would just simply be, just step back from what you’re doing. Know the real reason that you are protesting. Let’s do it in a positive manner,” Powell told the station. “We don’t have to go out and loot and do all the other things.” 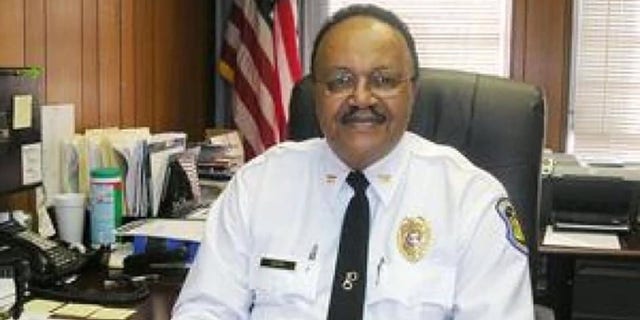 Dorn, a retired police captain, was protecting a friend's pawn shop Monday night when he was shot and killed by looters. (Missouri Department of Public Safety)

The person responsible for killing Dorn, as of Wednesday, has not been captured. CrimeStoppers is now offering a $10,000 reward for information leading to their arrest.

Dorn, prior to working security at the pawn shop, had been a police captain with the St. Louis Metropolitan Police Department and a police chief in nearby Moline Acres. He retired in 2014, ending a police career that spanned more than 40 years, Powell says.

“He couldn’t stay retired. My dad is that kind of person -- he believed in black and blue.

“Police work ran through his veins.” 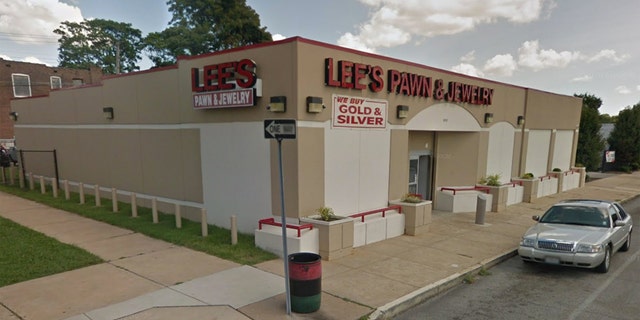 ATTACKS ON LAW ENFORCEMENT IN WAKE OF GEORGE FLOYD’S DEATH

Powell also says if Dorn was still alive, he would have shown empathy toward his attacker.

“My dad, he is a forgiving soul. So he would have forgiven that person and try to talk to them because he was real big on trying to talk to youth and mentoring young people as well,” Powell added. “He was trying to get them on the straight and narrow and everything."

The Ethical Society of Police, a St. Louis black officers fraternal organization, mourned Dorn in a tweet as "the type of brother that would've given his life to save them if he had to."

"Violence is not the answer, whether it's a citizen or officer. RIP Captain!" the tweet said.

President Trump has also weighed in on Dorn’s killing, saying “we honor our police officers, perhaps more than ever before.”

Thomas Tuchel: Atalanta is pressing and scoring a lot. PSG must play carefully
Barcelona have agreed with Lautaro, but the transfer depends on the sale of Coutinho
Mourinho about the Amazon documentary: I don't like the feeling that I'm in Big brother
Aguero will not have time to recover for the match with Real Madrid
Marcelo will miss the rest of the season in La Liga due to an adductor muscle injury
Telephone Interview, disinfection of the rails, the ban lifts. We checked-antivirus measures in the NPL really work (well, almost)
David De Gea: I hope to play 400 more games for Manchester United
Source https://www.foxnews.com/us/david-dorn-st-louis-cop-killed-looting-son-message

Tedros Says COVID-19 Review Will Not Impede WHO Work

Coronavirus updates: Mexico looking to extend border closing with US

Is that a … couch? People are loving Demi Moore's work setup in her bathroom

After Starring In ‘The Morning Show,’ Writer/Director Mark Duplass Reassess All Of His Endeavors

Goya Foods Boycott Takes Off After Its President Praises Trump

Nursing home 'overwhelmed' after call for pen pals goes viral: 'Warms my heart that so many people care'

What Will Sanrio's New Leadership Mean For Hello Kitty?

The best sales to shop this weekend: Lululemon, Macy's, AirPods and more

Lawrence Jones: We need media to challenge Biden on his policies

Trump rally in New Hampshire postponed due to weather

How NYC is preparing for Tropical Storm Fay

Shoppers are raving about this 'small but mighty' $11 security alarm: 'Cheap in price but not in quality'

Tammy Duckworth hits back at Trump and Carlson: 'These titanium legs don't buckle'

She’s an Authority on Earth’s Past. Now, Her Focus Is the Planet’s Future.

Chinese virologist in hiding after accusing Beijing of coronavirus cover-up

Better a Bad Leader Than No Leader?

'No one is invincible': Within hours, her mom and her sister died of COVID-19

Commentary: How a Black and brown cast reflects the real human dimensions of COVID-19

Quibi Developing Documentary About The History Of Reality Television

Trump claims he 'aced' cognitive test but offers no proof

How to Start Building Your Dream Career On Your Own

Ghislaine Maxwell's lawyer slams federal charges against her as 'meritless'

A Man of Many Moods

California, After Riding a Boom, Braces for Hard Times

Man gets prison for failed theft of Magna Carta in England

What we know about 'Glee' actress Naya Rivera's disappearance

PPP loans were meant to help small businesses save jobs amid the pandemic. So why does official data show thousands of recipients retained zero jobs?

BBQ benefit and car cruise being held in honor of Spc. Vanessa Guillén