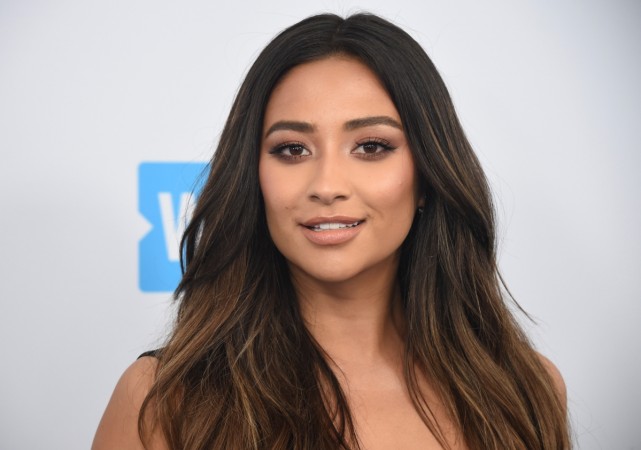 Shay Mitchell is getting ready for mommy duties soon, but before that the "Pretty Little Liars" star let loose, at a strip club no less. The outing was apparently documented on the fourth episode her Youtube show, Almost Ready.

Shay Mitchell seemed to be having fun on her night out. Reportedly, she hit a male strip show, with a group of friends, to celebrate what she dubbed a 'baby bachelorette.' Shay looked gorgeous in a skintight, mini dress in pink, the mom-to-be looked fantastic. She paired the look with PVC stilettos.

It's good to see the star out and about. Shay is due to give birth soon. But the star had made a heartbreaking revelation a while ago. The actress revealed that she had previously suffered a miscarriage.

Reportedly, the actress made a candid announcement about on her Instagram Story. 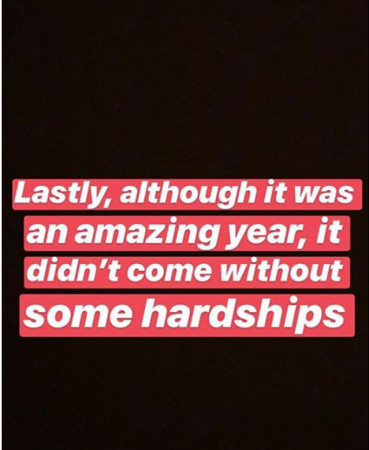 'I miscarried and lost the child of my hopes and dreams,' wrote Shay in the post. It is being reported that the series of posts began with a reflection of the year that had just passed.

'Although it was an amazing year it didn't come without hardships,' began the actress.

Then she shared an ultrasound image of a baby along with a broken heart emoji.

'We all have to deal with various struggles and challenges in life,' began the Canadian star's follow-up post.

'And sometimes it's easier to only showcase the good times on social media, which is what leads many people to criticize it for its lack of authenticity.'

'The support and affection that so many of you show me lifts me up during even my darkest days, one of which happened last year after I miscarried and lost the child of my hopes and dreams,' admitted the Bliss author.

'In the spirit of the new year, I think that we need to remember that we are all on this journey together—in good times and in bad—and to remind ourselves that we seldom really know or understand the struggles and hardships that other people are going through.'

Shay concluded: 'So, for 2019, let's all try to be a little more compassionate, empathetic, patient and thoughtful with each other.' 'This sounds like a great resolution to me. I hope that you agree. Happy New Year everyone!'

Shay Mitchell apparently has made no public mention of the father. And now, she is linked with Canadian TV host and music reporter Matte Babel. You can check out the video here:

Atalanta bought Pashalic from Chelsea for 15 million euros (Nikolo Skira)
Russia, Germany and Portugal qualify for the Champions League (Bild)
Barcelona will not buy Neymar for 175 million euros and will focus on the transfer of Lautaro
🔙 Spanish football will return for the second half of Rayo Albacete. The first one was played six months ago, when the match was stopped because of zozuli's insults
Ulreich doesn't want to be Bayern's third goalie. He can move to Schalke
Lionel Scaloni: Lautaro will get better playing with Messi. He has a great future, but we need to give everything we can
The reading player criticized Phil Neville: I was hurt by the words that the England team was used as a springboard
Source https://www.ibtimes.co.in/shay-mitchel-goes-wild-strip-club-pregnant-actress-gets-lap-dance-video-805693

Cara Delevingne announces she identifies as pansexual: 'I'm attracted to the person'

Pandemic means a silent June at the Supreme Court

Dear America: We Watch Your Convulsions With Horror and Hope

Two NYPD cops shot in confrontation with suspect in Brooklyn

Amy Cooper gets dog back after cops refuse to take it, rescue group says

No crowds delight art lovers in Italy at reopened museums

Newport Beach protesters scatter as car heads toward them; suspect in custody: report

'It feels like a betrayal.' US diplomats worry that crackdowns at home will undermine their mission abroad

One small reason to be optimistic after a week of protests

Another Man Who Said ‘I Can’t Breathe’ Died in Custody. An Autopsy Calls It Homicide.

Chicago Pastor: This Week’s Violence Has Set Our Black Community Back Decades

The Worse the Better: Why Antifa Wants Trump to Win

Retired Marine Gen. John Allen: Trump's threats of military force may be 'the beginning of the end of the American experiment'

Californians are wary of reopening too quickly amid coronavirus crisis, new poll says

Why Mattis' verdict on Trump is devastating

Floyd memorials will retrace life, push for justice in death

Family of man killed by police amid protests demands answers

'Star Wars' actor John Boyega speaks out on racism: 'I don’t know if I’m going to have a career after this'

German Man Is a Suspect in Case of Madeleine McCann, a Girl Missing Since 2007