A doctor and nurse provided first aid treatment on shore, but the man was later pronounced dead at the scene when paramedics arrived. 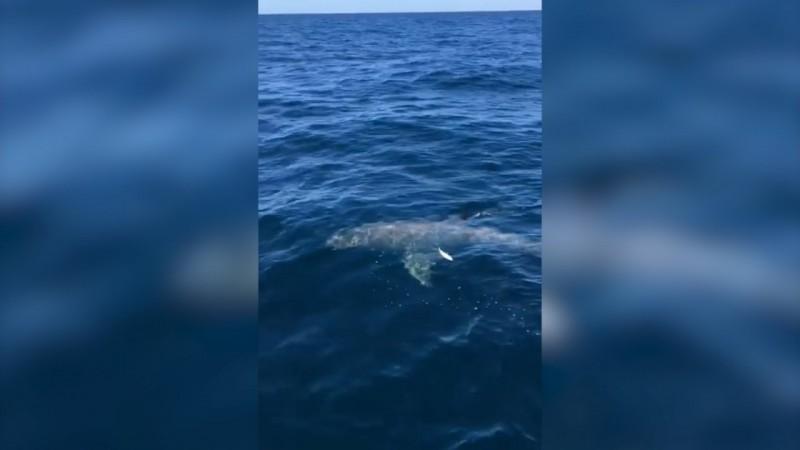 The 36-year-old was bitten on the leg in waters near Queensland's Fraser Island, north of Brisbane.

A man has died after being attacked by a shark while he was spearfishing off the east coast of Australia, officials said.

The 36-year-old was bitten on the leg in waters near Queensland's Fraser Island, north of Brisbane, the BBC quoted the police as saying on Saturday.

A doctor and nurse provided first aid treatment on shore, but the man was later pronounced dead at the scene when paramedics arrived.

It is the fourth fatal shark attack in Australian waters so far this year.

Last month, a 60-year-old man died after he was mauled by a 10-feet great white shark while surfing in northern New South Wales.

In April, a 23-year-old Queensland ranger was killed in an attack on the Great Barrier Reef.

And in January, a 57-year-old diver was killed off Western Australia.

No deaths were recorded last year.

Liverpool are close to buying a defender for Olympiakos Tsimikas. Medical check-up-this week
Barcelona intends to sign Bernardo Silva. City can get Semeda
Real are planning to buy Dybala and are ready to include Kroos or ISCO in the deal (Sport Mediaset)
Conte about Inter before the 1/4 Europa League: we Continue to progress, we become stronger
Piontek is Interesting to Fiorentina. Herta wants just over 20 million euros
Barzagli or Grosso will replace Pirlo in Juventus U23
Daudov about Akhmat: I am Sure that the team will Interact better with each new game
Source https://www.ibtimes.co.in/shark-kills-spearfishing-man-australia-823874

Huge Shortfall in Funds to Fight Coronavirus, WHO Says

China Imposes Sanctions on US Lawmakers Over Hong Kong

Simon Cowell Speaks Out After Breaking His Back in Bike Accident

Collin Morikawa: 5 things to know about the golfer

BBC apologizes for use of N-word in news report

Judy Gold on comedy offending today’s public: ‘Everything is not about you’

The always intimate Theatre for One goes online

Mount Sinabung volcano in Indonesia erupts, sends column of ash more than 3 miles into the sky

Irrfan Khan to Sushant Singh Rajput: 2020, the year of most shocking deaths

Heat Advisory from the Plains to the Northeast, fire and heat in West

Sally Pipes: Another coronavirus lockdown would hurt these patients and providers

Inside the Wuhan lab at the center of the coronavirus storm

47 Radish Recipes That Put the Rad Back in Radish