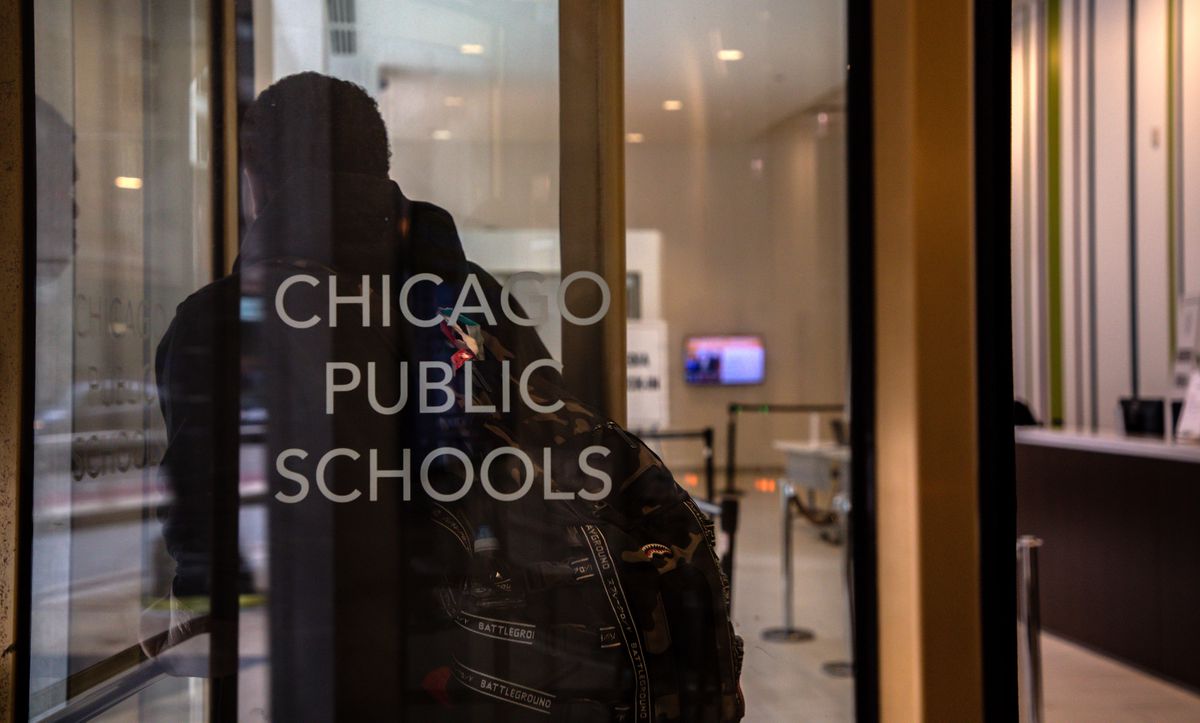 Sexual misconduct allegations in Chicago Public Schools had been on the rise this year until the coronavirus pandemic forced school buildings to close. Since then, the reports have plummeted, with fewer than half as many allegations against adults working in schools made this March and April than during the same months last year.

“When the schools closed and the students were sent home for remote learning, those numbers dropped significantly," said Interim Inspector General Philip Wagenknecht, whose office investigates misconduct allegations against CPS-affiliated adults involving students or other minors.

Working remotely presents a challenge to Wagenknecht’s office too, he said at Wednesday’s virtual Chicago Board of Education meeting. While investigators are conducting as many phone and video interviews as they can and continue to issue subpoenas, some parts of the job must be done in person, which may result in some cases taking longer than usual to resolve, Wagenknecht said.

Then there are concerns about abuse going underreported nationwide during stay-at-home orders.

“We have those concerns as well,” Wagenknecht said. With students out of sight of teachers and others who are mandated by law to report suspected child abuse, there are fewer opportunities for in-person abuse to occur — but also fewer chances for an observer to catch anything that does happen.

With many students spending more time online amid the schools shutdown, board member Lucino Sotelo asked what could be done to protect them from cyber predators and bullies. 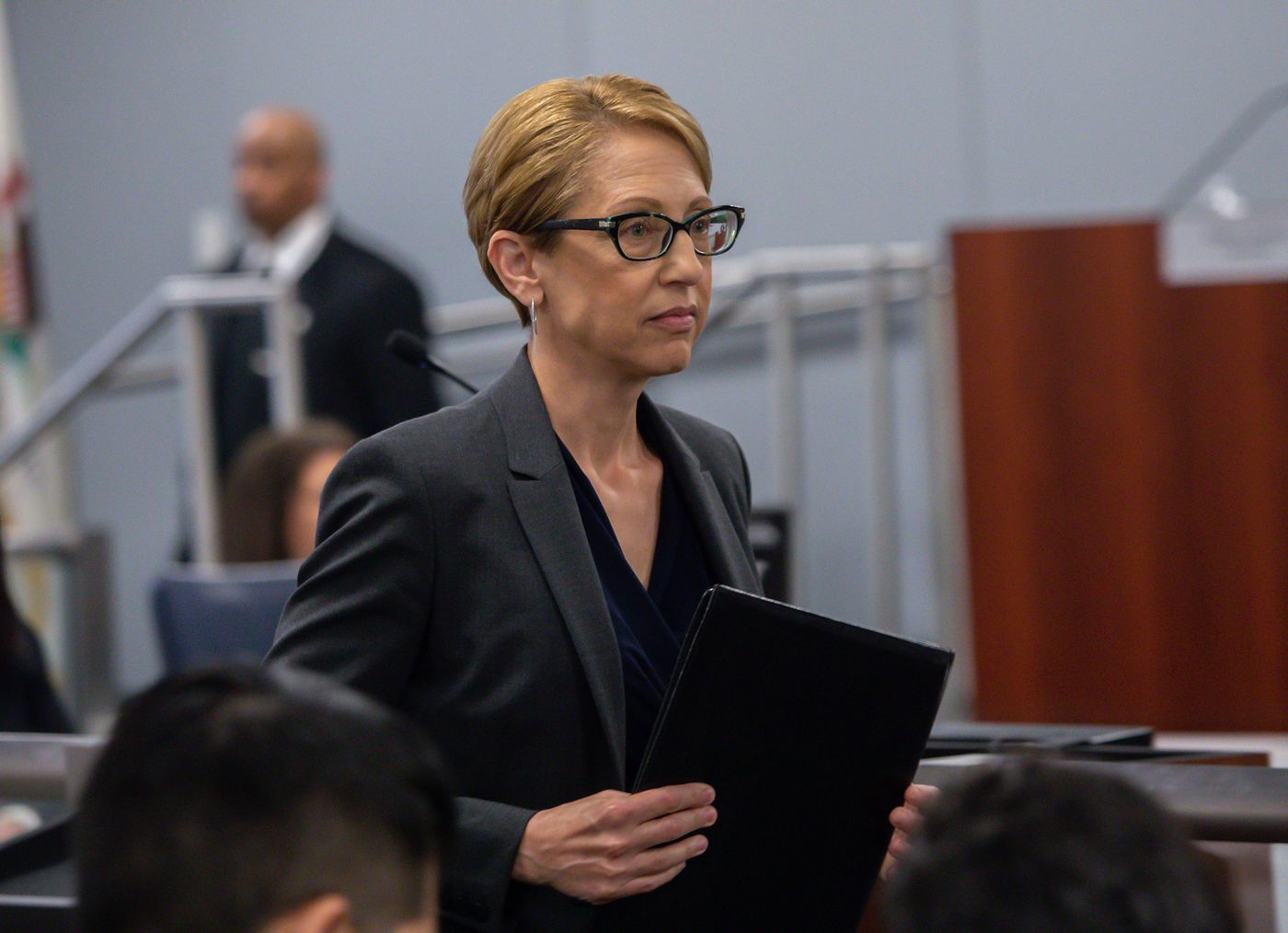 Camie Pratt, who leads the CPS Office of Student Protections, said teachers are still being relied upon to monitor students' well-being and to report any suspected child abuse.(Zbigniew Bzdak / Chicago Tribune)

Camie Pratt, who leads the CPS Office of Student Protections, said her office is working on preventive training that will be available next school year.

“We are still relying on educators ... to notice signs,” Pratt said. That could include normally attentive students not logging into online classes. “We are still encouraging (teachers) to call (the Department of Children and Family Services) if they have any concerns at all.”

In April, Illinois DCFS Acting Director Marc Smith sent a letter to educators stating that since schools closed in mid-March, hotline calls have “dramatically” decreased, and asking for help.

“With physical school buildings closed during the COVID-19 pandemic, and the added stress that families are experiencing with the outbreak, your vulnerable students are at greater risk of harm,” Smith wrote. “... As a mandated reporter, your assessment of the safety of our most vulnerable children is needed now more than ever.”

At the Office of Student Protections, a similar decline in complaints occurred when schools went remote, Pratt said.

After monthly sexual misconduct complaints to the CPS inspector general peaked at 80 in February, they were down to 35 in March and 18 in April, or 1.1 per school day on average, Wagenknecht reported. Before schools closed March 17, the inspector general’s office was opening an average 3.3 cases per day.

In all, the inspector general’s office opened 406 cases from last July 1 to April 30. It currently has 338 active cases and 96 considered “closing,” or “substantially complete.”

Of cases closed during that time frame, 85 were substantiated, including six findings of a sexual act against a child and three of sexual abuse. Another 142 cases were not substantiated and 39 were referred to another agency. Many of the substantiated cases ended up in a different category than the allegation. For example, 20 allegations of grooming were categorized after the investigation as “other,” defined as “leering, 'creepy’ behavior or other potential concerning behavior" that is not considered sexual misconduct. "Other” continues to be the biggest category of complaints.

Teachers were by far the most common subjects of allegations, with 170, followed by security guards at 36 and paraprofessionals or aides at 30. Wagenknecht noted the significant decline in allegations against security guards, who between Oct. 1 and April 30 had 53 sexual misconduct complaints last year compared with 22 this year.

On April 30, 126 adults, including 40 teachers, were at that time pulled from schools because of alleged staff-on-student misconduct. Twenty-eight adults who were pulled from classrooms have been reinstated since July, and 35 others who were subjects of investigations either were fired, quit or retired, according to the report.

Police have become involved in at least three aggravated or predatory sexual assault investigations and one aggravated criminal sexual abuse case where a CPS teacher or security guard is suspected and the alleged victims are students. Chicago police are also investigating 20 other cases involving CPS staff or vendors, the inspector general reported.

Before, a teacher who also coached could have been categorized using either title. Now, that will be based on the role most relevant to the allegation.

CPS has overhauled the way it handles sexual misconduct claims in recent years. In 2018, the Tribune’s “Betrayed” investigation documented widespread failures by school officials to prevent and address child sexual abuse. CPS has pledged additional reforms, with federal oversight, through a 2019 agreement with the U.S. Department of Education.

Agent de Bruyne: Kevin is not thinking about leaving Manchester City. 90% of news is nonsense
Ronaldo is the king of alcohol. I was out with Vieri, begging for beer from the media, and I figured out how to drink in front of the coach
MLS is back: almost 9 minutes of protest against racism and a giant virtual adidas logo in the center of the field
Solskjaer on MATIC: I'm Glad he stayed. We need experience in a team with children who run around
Germany manager Bierhoff: Havertz is a player for Real Madrid
Buffon's agent: Gianluigi should become a coach. He can lead Juve
Barcelona won the court against Santos in the Neymar case. The Brazilians demanded more than 61 million euros
Source https://www.chicagotribune.com/coronavirus/ct-coronavirus-chicago-public-schools-sexual-misconduct-reports-20200528-nc46fg3t2bgjjcj2a7mdzvv3p4-story.html#ed=rss_www.chicagotribune.com/arcio/rss/category/news/