The United Federation of Teachers, a union representing most teachers in New York City’s public schools, estimates that 2,000 to 2,500 educators need to be hired for the city's middle and high schools.

"New York City's Department of Education is working to have a qualified teacher for every classroom, whether in-person or remote," a UFT spokesperson told CNN.

The union says social distancing requirements are the main reason why additional hires are needed — not teacher retirements — saying that a class of 28 students now has to be divided into smaller cohorts of 8-10 students to follow social distancing guidelines.

Where the school system once needed one teacher for those 28 students, it now needs 3-4 teachers depending on the size of the classrooms, UFT said.

The teacher union said 4,500 teachers have already been redeployed or hired to fill vacancies in the city’s early and special education programs that began their in-person learning last Monday. The rest of New York City’s students began the school year fully remote with expectations of a phased in-person opening this week.

Despite an overall city Covid-19 positivity rate of approximately 1%, New York City officials on Sunday said Covid-19 cases “continue to grow at an alarming rate” in certain neighborhoods of Brooklyn and Queens, according to a press release from the city’s Department of Health.

The neighborhoods account for over 23% of the new cases citywide over the past two weeks, but only comprise just under 7% of the city’s overall population, outpacing the citywide average by 3.3 times over the past 14 days, the release states.

Here are the affected neighborhoods, with their respective test positivity rate:

Additionally, the neighborhoods of Rego Park, Kew Gardens Hills/Pomonok, Kensington/Windsor Terrace and Brighton Beach/Manhattan Beach/Sheepshead Bay have all been identified as showing increased case counts and test positivity rates between 2% and 3%.

The Brooklyn neighborhood of Williamsburg is also experiencing a comparatively faster increase in cases, the Department of Health said.

“We continue to monitor emergency department visits, hospitalizations, and intensive care unit admissions. With COVID-19, increases in hospital visits generally follow an increase in cases. Data show we are starting to see an uptick in the number of hospitalized patients in two hospitals in Brooklyn and at least one in Queens,” the Department of Health said.

"It's vital that New Yorkers continue to practice the basic behaviors that drive our ability to fight Covid-19 as we move into the fall and flu season," Cuomo said in a statement. "Wearing masks, socially distancing and washing hands make a critical difference, as does the deliberate enforcement of state guidance by local governments." 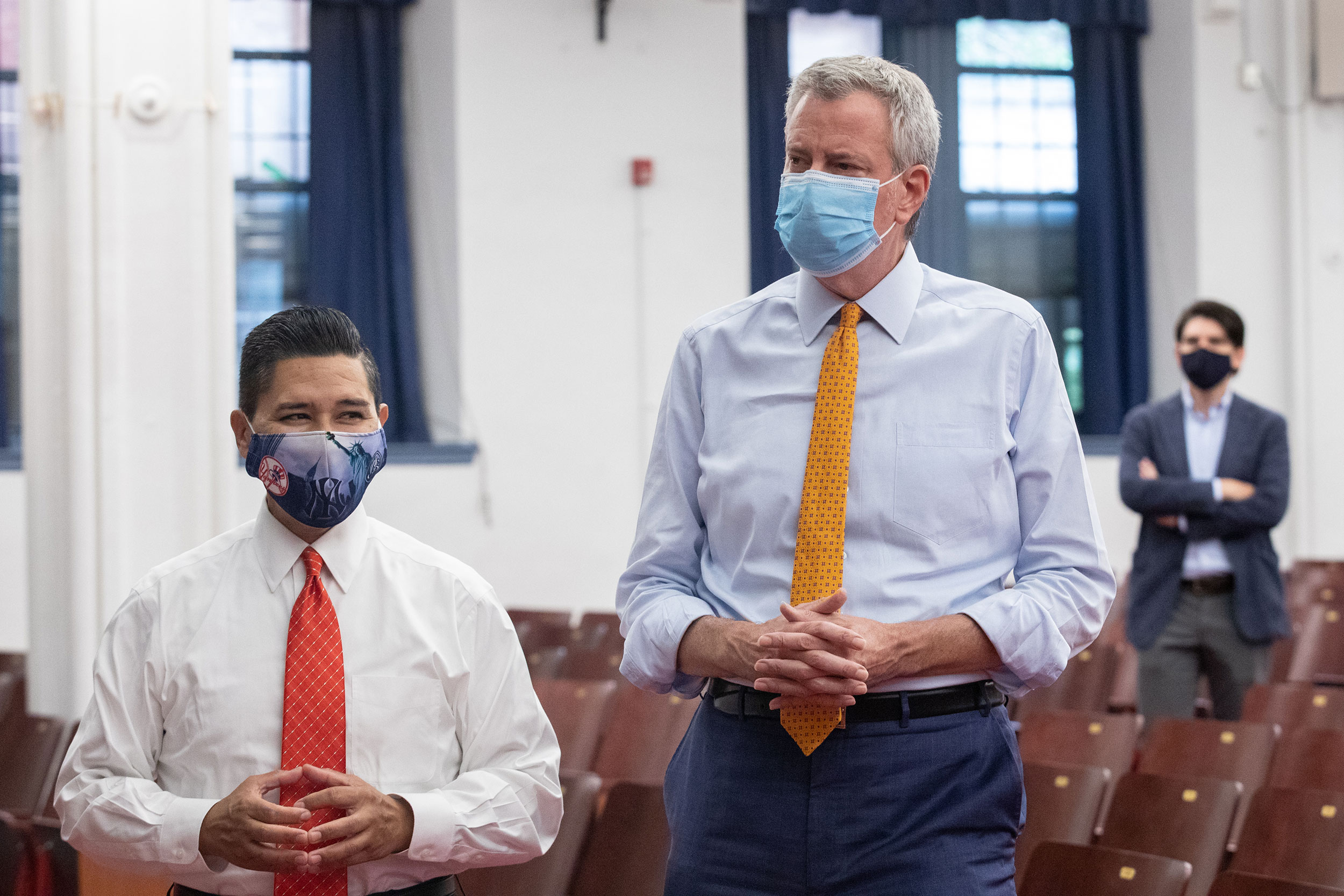 In a press call on Sunday, Mark Cannizzaro, president of the Council of School Supervisors & Administrators, said that his members would still be at their buildings Tuesday, when limited in-person education is slated to begin.

"It seems like all summer long we've been running into roadblock after roadblock, with changing guidance, confusing guidance, sometimes no guidance," Cannizzaro said. "The frustration and the difficulty is immense. We are still 100% supportive of trying to open our schools in the best possible way we can."

Cannizzaro said that a shortage of teachers was among the core frustrations among his members.

"We've been calling out the staffing shortage all summer long," Cannizzaro said. "In order to provide a separate teacher for in-person learning, fully-remote learning, and then another teacher for the children who are in the blended model when their home, it's created a tremendous need for additional teachers."

"I'm not confident right now that everyone has the teachers that they need," he said.

Cannizzaro said he wanted to assure parents that despite staff shortages, all in-person students would be properly supervised.

There have been at least 7,089,611 cases of coronavirus in the US, and at least 204,566 people have died, according to data from Johns Hopkins University.

The total includes cases from all 50 states, the District of Columbia, and other US territories, as well as repatriated cases. 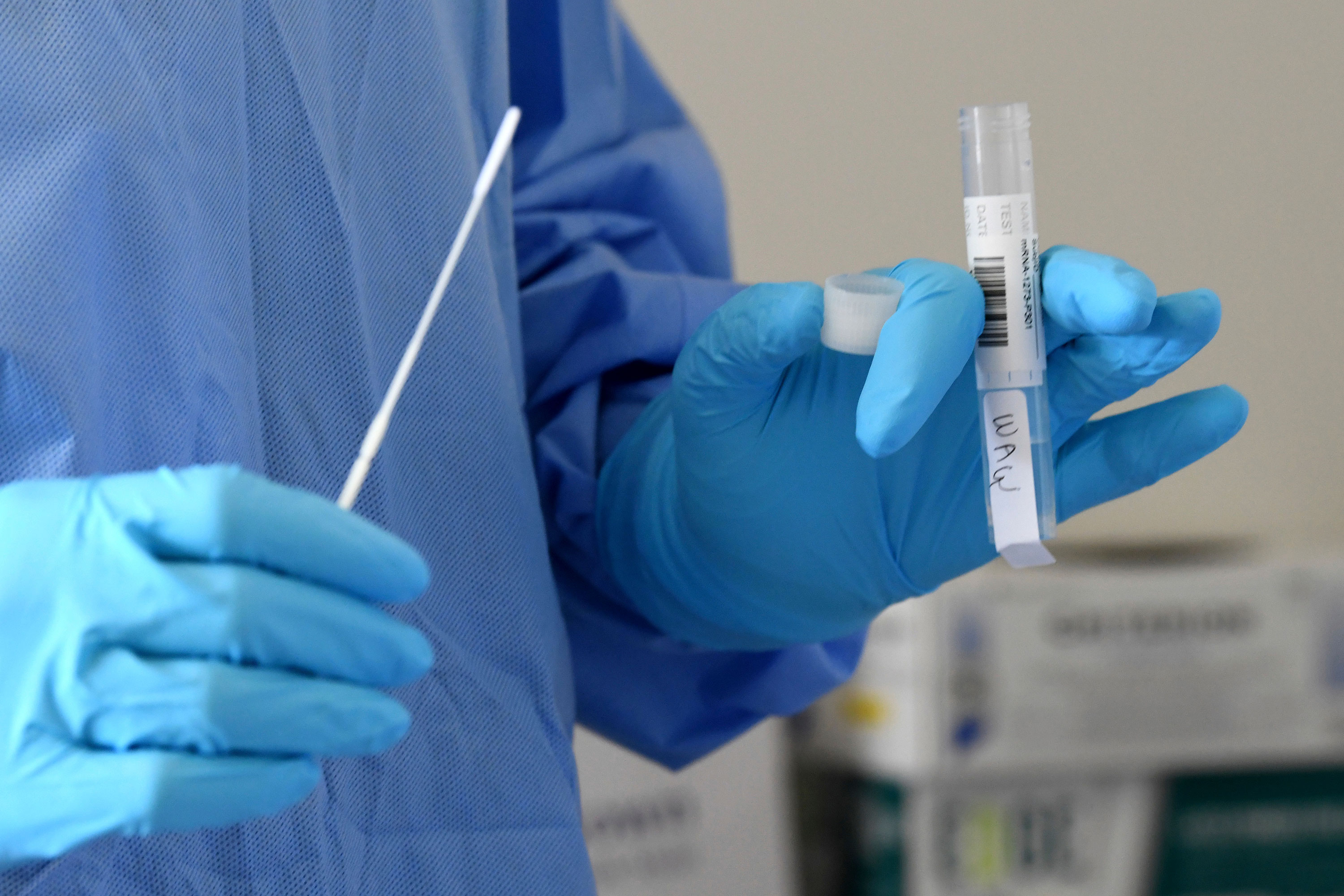 A University of Miami Miller School of Medicine nurse prepares a Covid-19 test on September 2 in Miami, Florida. Taimy Alvarez/AP

Florida health officials reported at least 1,882 new cases of Covid-19 Sunday, bringing the total number of cases there to 700,564, according to the Florida Department of Health.

Florida is the third state to top 700,000 cases since the start of the pandemic: Texas and California reached the grim milestone over the summer, CNN has reported.

There were also 10 additional Floridian deaths attributed to coronavirus reported on Sunday, health department data shows. Florida's death toll stands at 14,032, according to the department.

Remember: These numbers were released by Florida’s public health agency, and may not line up exactly in real time with CNN’s database drawn from Johns Hopkins University and the Covid Tracking Project

New York’s Covid-19 test positive rate for Saturday is 1.02%, according to a statement released by Gov. Andrew Cuomo’s office.

The state announced 866 additional Covid-19 cases, according to the release.

Across the world, more than 994,000 people have died from coronavirus since the pandemic began, according to the latest tally from Johns Hopkins University.

The US accounts for about a fifth of those deaths, and is currently reporting more than 204,000 Covid-19-related deaths.

Brazil has the second-highest death toll with more than 141,000 deaths and India has reported more than 94,000. 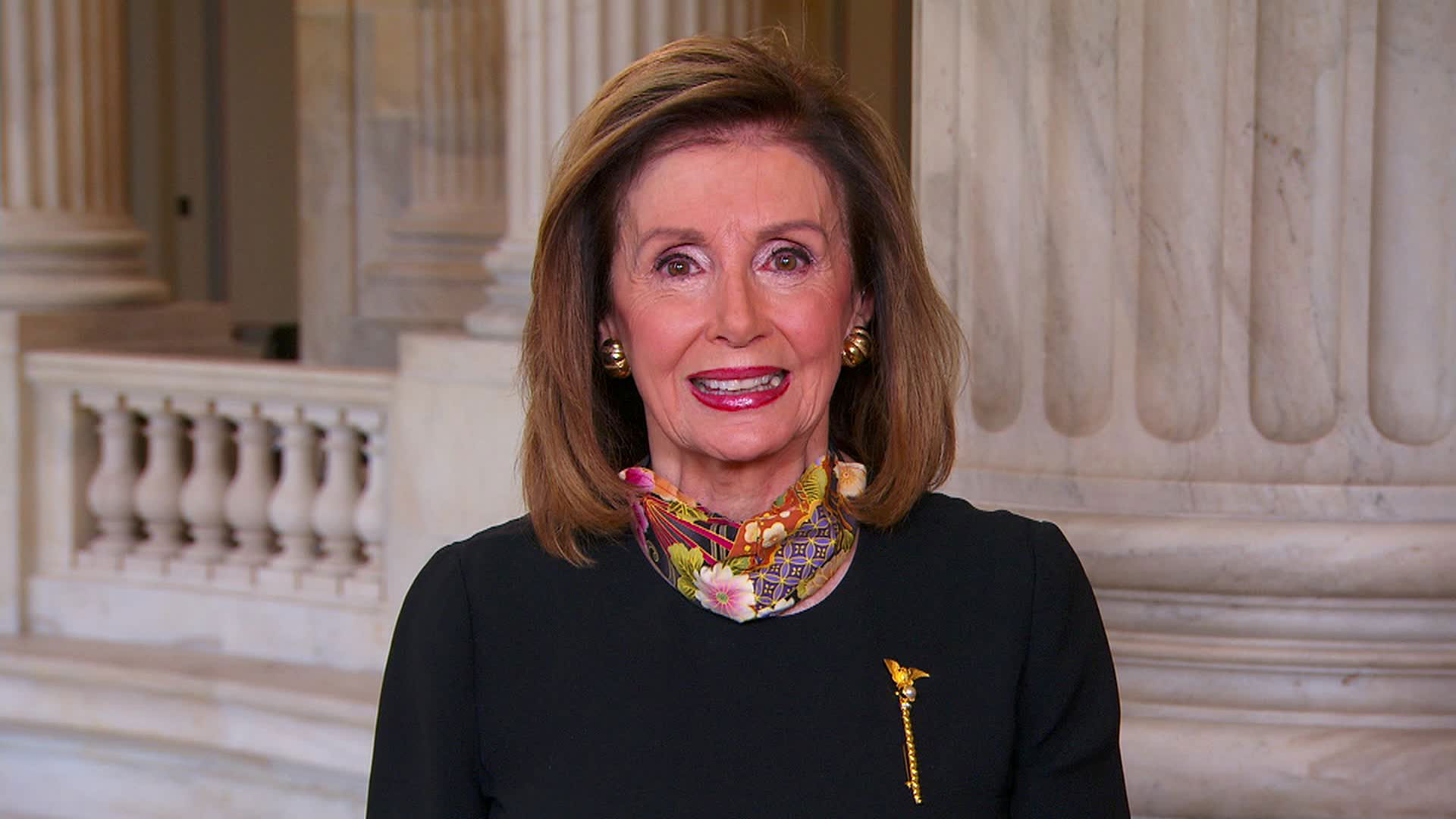 House Speaker Nancy Pelosi said on CNN’s “State of the Union” that House Democrats may offer their latest stimulus proposal as legislation if revived talks with the Trump administration do not yield a deal her party can get behind.

“Look, I have been willing to come below $3.4 trillion. We have come all the way down,” Pelosi told CNN’s Jake Tapper, referring to the price tag of a stimulus proposal House Democrats passed in May. “I don’t know why the press decides that this is equivalent for me to come own further while they’re not going up any further. So we are having our conversations.”

Where things stand: Weeks after the last round of stimulus talks fell apart, where both sides were dug in behind topline funding numbers that were more than a trillion dollars apart, Pelosi expressed optimism Sunday that she could reach a deal in negotiations with Treasury Secretary Steve Mnuchin. CNN has reported that some House Democrats have become anxious to get some kind of stimulus legislation passed before Congress breaks for the campaign season, fearing anger from voters if they fail to do so.

“When I have a conversation with the administration it is in good faith. I trust Secretary Mnuchin to represent something that can reach a solution, and I believe we can come to an agreement,” Pelosi said.

Although House Democrats have prepared a new proposal with a price tag of around $2.2 trillion, Pelosi said the stimulus her party envisions may end up costing more.

“The President’s denial of the virus and just resistance to doing anything to crush it has made matters worse in so many ways,” she said, citing restaurants, small businesses and American workers. “So we may need more money than that. We will reveal what that is in a short period of time.”

Pressed by Tapper on whether she would offer the proposal as a bill if a deal remains elusive, Pelosi did not rule out the prospect.

“That is definitely a possibility. But I’m hoping for a deal. I’d rather have a deal which puts money in people’s pockets rather than to have rhetorical argument,” she said.

The Trump administration has floated $1.5 trillion as the highest topline figure it is willing to consider, meaning the two sides still don’t agree on the scope of the problem.

Hans-Dieter flick: I Hope Alaba will sign a contract with Bayern. Our club is one of the best in the world
Diego Maradona: Messi gave Barca everything, brought them to the top. He was not treated the way he deserved
Federico Chiesa: I hope to leave my mark in Juve. We will achieve great results
The Coach Of Benfica: I don't want us to look like the current Barcelona, it has nothing
Guardiola on returning to Barca: I'm happy at Manchester City. I hope to stay here
Fabinho will not play with West ham due to injury
Ronald Koeman: Maradona was the best in his time. Now the best Messi
Source https://edition.cnn.com/world/live-news/coronavirus-pandemic-09-27-20-intl/index.html?utm_source=feedburner&utm_medium=feed&utm_campaign=Feed%3A+rss%2Fcnn_latest+%28RSS%3A+CNN+-+Most+Recent%29

Castellanos decides not to opt out, keeps contract with Reds

How to Make D.I.Y. Worry Dolls

Sean Connery Has Died. Friends, Fans, and the Other James Bonds Are Saluting Him on Social Media

Tigers' A.J. Hinch on controversial managerial history: 'I understand how wrong it was'

Shanghai could be the world's biggest IPO market this year. Holding the title will be tough

Stream It Or Skip It: ‘It: Chapter Two’ on HBO, in Which Pennywise the Clown Returns to Not Be as Scary as We’d Like

Biden falls behind Trump in Iowa: Track the race for president in key battleground states

Maxine Waters on Black Trump voters: ‘I will never forgive them’