While we all know all about Priya Sachdev, the woman who won Sanjay Kapur's heart and became his third wife; very few know about Sanjay Kapur's first wife.

Prior to getting married to Karisma Kapoor and undergoing a nasty divorce, Sanjay was married to a famous name from the tinsel villa, Nandita Mahtani. Although there is nothing confirmed but a report in Bhaskar says that the two had first met while they were pursuing their studies in London and as time passed by, the two came closer. They wanted to take this friendship to the next level and soon tied-the-knot. However, their relationship remained short-lived and they parted ways owing to their differences without bearing any negativity.

Nandita's divorce fell through almost at the same time as Karisma Kapoor's divorce from Sanjay Kapur. Nandita, who is a renowned fashion designer and has styled stalwarts like Elizabeth Hurley and Virat Kohli, has her own store in Mumbai and Karisma has visited the store when the friendship first began. The ladies got along pretty well and soon were spotted in the same circles. Nandita remained a close friend of Karisma and maintained a stoic and dignified silence when a lot of mudslingings was going on in Karisma's divorce proceedings.

Though the current status on their friendship remains unknown a TOI report had mentioned, "Nandita had maintained a dignified silence when Lolo was going through a bad patch in her marriage. Lolo appreciated that and was very warm to Nandita in return, whenever they met at common friends' parties. And, anyway, why can't you be friends with your husband's former wife?" 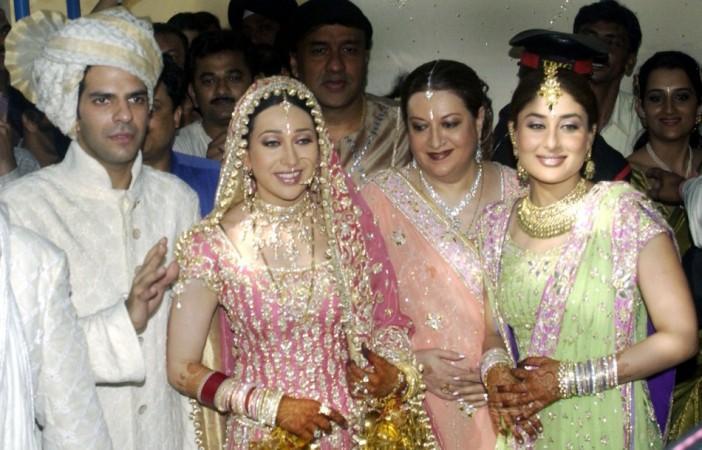 There were reports that soon after parting ways with Sanjay Kapur, Nandita had found solace in Dino Morea. During Khatron Ke Khiladi season 3, Dino had spilled the beans on his relationship with Nandita. Talking about her keeping a tab on him, an HT report had quoted him saying, "Nandita is extremely happy that I'm working here. I don't understand where that report came from because she trusts me entirely.

She doesn't call me all the time to keep track of where I'm going. She's been very accommodating. She trusts that I will not go astray. Nandita is happy with my performance so far. I have done very well in most of my stunts. I didn't want to disappoint myself because I was testing my patience and I didn't want to break her hopes. She's very ecstatic."

However, last heard, the lovebirds called it quits and moved on their separate ways.

Ronaldo will not leave Juventus. He wants to overtake Immobile and Lewandowski on goals and win trophies
Napoli will pay about 81 million euros for Osimhen. Medical check-up is scheduled for Thursday
Jose Mourinho: Financial fair play is dead. It is better to open the doors to the circus, let everyone have fun
🟡 The new Barca uniform is inspired by the 1920s, the club's first Golden period. The checkers were removed, and the replica is not being sold yet because of the marriage
We study the environmental damage caused by flights in football. Leader of the anti-rating of dirty players-2019-suddenly Marquinhos
Pep Guardiola: We didn't expect Liverpool, Tottenham, Arsenal, Chelsea to protect us, but we are able to protect ourselves
Barcelona and PSG want to sign Alaba for free in a year
Source https://www.ibtimes.co.in/sanjay-kapur-nandita-mahtani-karisma-kapoor-fond-ex-husbands-first-wife-821283

Marlins believe they’re much improved and can contend

‘None of us lie’: Coronavirus testing czar rejects Trump’s attacks on health officials

Live concerts are back on a Chicago venue stage — and fans bought tickets to the show, even if they couldn’t be physically present in the room

Royals hope youthful flexibility a plus during unique season

Philadelphia protesters sue city over tear gas, use of force

Bio Bidets are nearly 50% off for one day at Woot!

Philadelphia to cancel all large, public events for 6 months over coronavirus concerns

Short season could give rebuilding Detroit Tigers a shot