In an interview with The Times of London Saturday, O’Leary reportedly made a comment seemingly suggesting Muslim men should be singled out to undergo extra security checks. He went on to claim terrorists “will generally be males of a Muslim persuasion.”

“Thirty years ago it was the Irish,” he said in the interview. “If that is where the threat is coming from, deal with the threat."

O’Leary also said families with young children have “zero” chance of being bombers and should not have to go through airport security checks.

"Who are the bombers? They are going to be single males traveling on their own. If you are traveling with a family of kids, on you go; the chances you are going to blow them all up is zero,” he said in The Times interview. 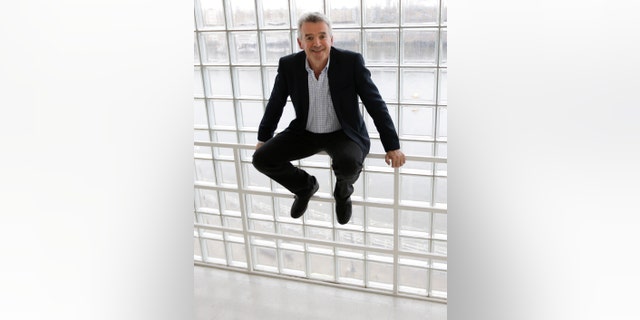 O’Leary also said families with young children have “zero” chance of being bombers and should not have to go through airport security checks. (AP Photo/Kirsty Wigglesworth, File)

"The headline in Saturday’s paper is simply inaccurate. No call for extra checks on any group or persons was made. Michael was only calling for more effective airport security checks which would do away with much of the unnecessary queues at airport security today for all passengers. He apologizes sincerely for any offense caused to any group by Saturday’s inaccurate headline,” a statement to Fox News read.

Delta Air Lines, meanwhile, has also recently been accused of racial profiling. In January, the airline was fined $50,000 and ordered to provide cultural sensitivity training to employees after two separate incidents in which the carrier was accused of discriminating against Muslim passengers.

Shares rebound on glimmers of progress in battling virus