Award-winning journalist Ronan Farrow, who helped launch the #MeToo movement with reporting on Harvey Weinstein, responded to the now-disgraced mogul being found guilty Monday on two sexual-assault related charges by praising the women who came forward.

“Today’s outcome in Harvey Weinstein’s New York trial is the result of the decisions of multiple women to come forward to journalists and to prosecutors at great personal cost and risk. Please keep those women in your thoughts today,” Farrow wrote on Twitter.

Weinstein now faces as many as 25 years in prison and still faces additional charges. 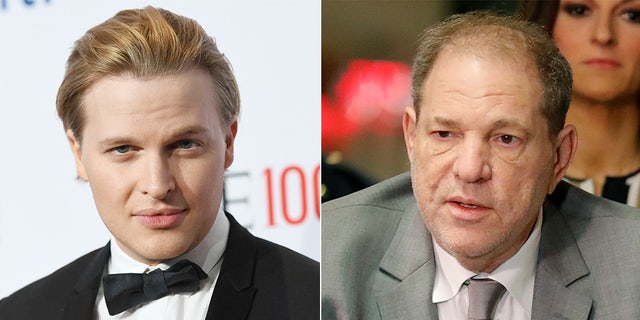 Farrow was an NBC News employee when his reporting on Weinstein helped launch the #MeToo movement in 2017 -- but it was not reported by the Peacock Network.

NBC has long claimed that Farrow’s reporting, as presented to it, was not fit to air. So Farrow took his work to The New Yorker, which is known for its rigorous fact-checking, where it was published and won the coveted Pulitzer Prize.

Farrow’s 2019 book, “Catch and Kill,” detailed theories on why NBC News passed on the bombshell story that featured 13 women who accused Weinstein of sexual assault.

NBC has attempted to discredit Farrow and NBC News chairman Andy Lack even sent a letter to staffers, noting issues with his reporting. Lack and his top deputy, NBC News president Noah Oppenheim, have repeatedly downplayed Farrow’s reporting and one NBC executive reportedly said the award-winning reporter behaves like a terrorist – a comment that Farrow responded to on Fox News.

“We witnessed a shutdown of this story, yes, we had multiple named women in every draft of this story, an audio recording of Harvey Weinstein from a police sting operation admitting to not just one sexual assault, but a pattern of them,” Farrow told Fox News in October. “We were ordered to stand down [by NBC].”

Farrow told Fox News' Shannon Bream that he was ordered by NBC executives to stop taking phone calls about the Weinstein story and to cancel an interview with a woman who claimed she was raped by the once-feared producer.

Weinstein was found guilty of a criminal sex act for assaulting production assistant Mimi Haleyi at his apartment in 2006 and third-degree rape of a woman in 2013 by a Manhattan jury.

The jury found Weinstein not guilty on the most serious charge, predatory sexual assault, which could have resulted in a life sentence. He was ordered to jail by the judge immediately after the conviction.

Weinstein has maintained any sexual encounters were consensual. Sentencing was set for March 11.

NBC News did not immediately respond to a request for comment regarding the Weinstein verdict.

Shares rebound on glimmers of progress in battling virus

Sharmiela Mandre to cops over the accident: 'I was not out to party, but to buy medicine'

Bronx Zoo says tiger did not get human coronavirus test

At home with kids, pets and spouses, country stars play on

A rainy week is on tap for Southern California

Bobby Mitchell, Hall of Famer and the Redskins’ First Black Star, Dies at 84

With coronavirus apex still to come, some US hospitals reeling from capacity crunch

U.S. Cut Hundreds of Millions From Public Health Budgets in Years Before Coronavirus

What's on TV Monday: The Plot Against America; Coronavirus

Heated disagreement breaks out in Situation Room over hydroxychloroquine

What Europe is (and isn’t) buying during quarantine