RNC spokesperson: We shouldn't have to compromise election security to vote in November

It's not about voting safely. It's about Democrats seeking an advantage in our elections. Their solutions for voting during the coronavirus pandemic are the same measures they proposed for voting years before. 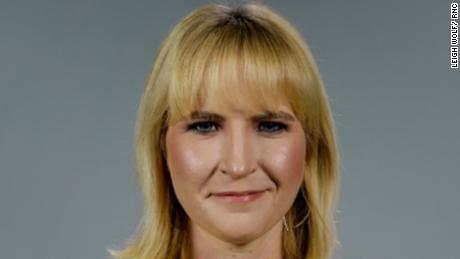 Take California. The state was already ramping up its mail-in ballots effort with a pair of bills in 2016 that legalized ballot harvesting, which allows any person, including political operatives, to deliver unlimited numbers of registered voters' ballots to dropoff locations.
California ushered in a "new election model" that includes "mailing every voter a ballot," and "expanding in-person early voting," the very same measures California Gov. Gavin Newsom is mandating for the coronavirus four years later. His unconstitutional power grab, which he claims is necessary to "preserve public health," nonetheless allows paid campaign operatives to go door-to-door and nursing home to nursing home, picking up ballots and delivering hundreds at a time, with no apparent oversight.

Democrats don't want more voters. They want more ballots. Their real aim is to export ballot harvesting to the rest of the country and place the fate of elections in the hands of paid political activists, like in California in 2018.

Young Kim was poised to become the first Korean-American woman in Congress, up by 5% over her Democrat opponent. Kim's was one of seven close House races during the state's midterm elections, and Republicans were ahead in four, a Republican House Administration Committee report found. Weeks and thousands of mail-in ballots counted later, and many returned by "unknown individuals," and Democrats saw their ballot tallies in each race climb, claiming all seven seats after Election Day.

If Democrats get their way, potentially millions of ballots would be sent to ineligible and dead voters this November. Los Angeles County was forced to start the process of removing 1.5 million ineligible registrations in early 2019 due to a court settlement, after not cleaning up its rolls for decades. The problem remains.

As of November 2019, according to data analyzed by conservative legal watchdog group Judicial Watch, even after San Diego County removed 500,000 ineligible registrations, the county still had a registration rate of 117%, meaning more people may be registered than are eligible and live in the county. California has nearly 2,000 registered voters over 105 years old, and 5% of registrations in Imperial, Fresno and Los Angeles counties have likely died or moved away, a nonprofit election integrity group warned. And those are just among active voters.

Democrats falsely say having voter integrity safeguards, such as requiring photo IDs, in place is akin to "voter suppression." Republicans want every eligible voter to be given the opportunity to vote securely. It is crucial for free and fair elections. But what if the voter listed as registered moved away five years ago? And should ballots for dead voters not be stopped before they are sent out, or in a word, suppressed?

Experimenting with our elections is already failing in Nevada. In Clark County, ballots were sent to all voters, and they are winding up in the trash because there are over 200,000 inactive voters in the county.
Without proper organization and safeguards in place, ballots could be picked up, signed and never checked. It is what Democrats call "community ballot collection" and what an attorney for the Democratic Party, Marc Elias, from the law firm Perkins Coie (that Perkins Coie), is seeking in courts across the country: lifting bans on ballot harvesting and attacking signature verification.
Elias, in a lawsuit, has called signature matching a "dubious art," characterized the process of identifying signatures a "signature matching regime," and claimed that Ballot Rejection Rules violate right to vote and does not want it enforced.
The media used to warn about the open invitation to fraud ballot harvesting and a lack of voting safeguards presents. The Wall Street Journal reported in 2000 that "the growth of absentee voting has provided new opportunities to cheat." "[F]inagling absentee ballots out of elderly voters has become routine practice" in local Dallas elections, the Dallas Observer reported in 2001. The Miami Herald reported on the "shady world" of ballot harvesters in Miami-Dade County. The "dirty business" of bribing for votes and voters cajoled, was commonplace, a former head of the corruption unit of the Miami-Dade County State Attorney's Office said to Fox News.
Now to hear mainstream cable news tell it, it is as if fraud does not exist, all while officials plead guilty to ballot stuffing in Philadelphia, a mail carrier charged with attempting to alter ballots in West Virginia, and thousands of ballots are voided in New Jersey, after a mail-in election allegedly so flawed that a local NAACP leader is demanding a new election. And that's just last week.

Democrats claim mail-in ballots are tried, tested, and true. But it has never been tried on a nationwide scale, and states that do have all mail-in voting took years -- not months -- to test it out.

As for true? For years, Democrats screamed about the security of our elections. Yet now they want our elections to look more like Russia, where ballot boxes can be stuffed, than the United States of America.

That is not the way to conduct our elections. Voters should not have to choose between election security and Democrats' extreme voting plans.

La Liga President: Many try to justify failures on the field by talking about rest and schedule
Rivaldo on Griezmann: I Don't understand why the world champion and multi-million dollar transfer only comes out at the last minute
The Doctor Sociedad: The Youngster from serious injury. We are not currently considering the option of surgery
Klopp made Liverpool Champions. Now it's your turn: the game Showsport
Daughter of the owner of Valencia: This is our club and we can do whatever we want with it. Don't the fans understand?
Manchester City and Chelsea are Interested in Dean
10 years of Suarez's great save: hand saved Uruguay at the 2010 world Cup
Source https://edition.cnn.com/2020/06/03/opinions/democrats-compromise-election-security-harrington/index.html?utm_source=feedburner&utm_medium=feed&utm_campaign=Feed%3A+rss%2Fcnn_latest+%28RSS%3A+CNN+-+Most+Recent%29