Questions about faith and purpose abound when Hulu’s Muslim American millennial comedy “Ramy” returns Friday with a new season and Mahershala Ali as a spiritual guide.

The stakes are high for Season 2 of the series, which is written, cocreated and executive produced by star Ramy Youssef, a 29-year-old comedian who won a Golden Globe in January for his performance in the freshman season of his breakthrough comedy. It was TV’s first Arab immigrant sitcom, tackling American life inside the Islamic Center and sex in cars with strangers with equal aplomb. Its success surprised just about everyone — including Youssef himself.

The new season, premiering Friday on Hulu, expands upon the comedic dexterity and unexpected depth of its predecessor, finding humor in places often used to inspire fear (the mosque) and tapping universal themes of hope and belonging in scenarios specific to Ramy’s small world. It is, miraculously, as good — if not better than — its predecessor. 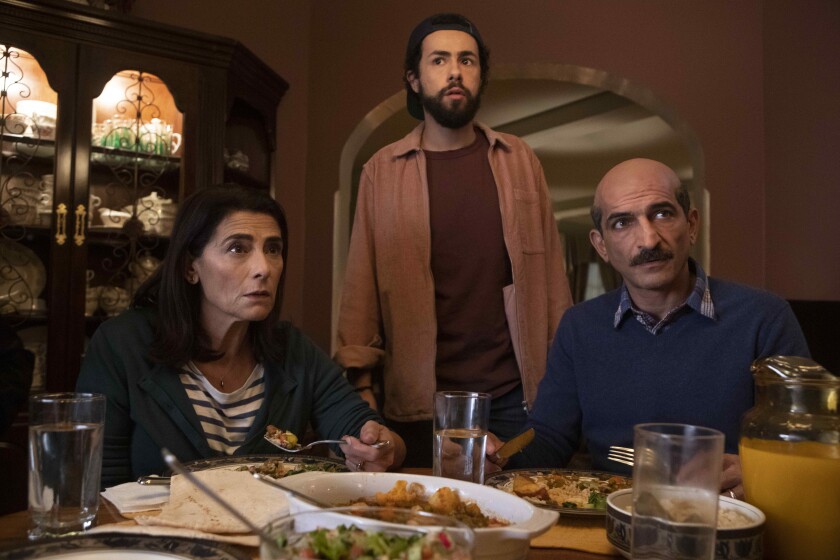 “Dude, get out of bed,” advise his friends Ahmed (Dave Merheje), Mo (Mohammed Amer) and Stevie (Stephen Way). “You look like [crap] . You’re somehow fatter and thinner at the same time.” They’re worried about him, and he’s worried they’ve been talking about him with his mom and his imam. It’s enough to get him moving. His quest to be a better person guides him to a new Islamic Center, led by an inspiring Sufi imam: “He’s so fuego, dude,” says his white convert friend. “The Sheikh is radical. Like cool radical. Not radical, radical.”

Sheikh Ali is played by the eloquent and utterly convincing Ali, who adds gravity to the series while playing into the humor spun from Ramy’s various misadventures. He’s the discipline to Ramy’s impulse, the peace to Ramy’s conflict. They form an unlikely duo, playing off each other with brutally funny subtlety and undeniable warmth.

“How do I know I’m not just another one of your desires?” asks the Sheikh.

“I did not think you did,” answers Ali, somehow with a straight face.

There are so many small moments in the new episodes that have big meaning, and garner big laughs, while the show continues to push boundaries. “Ramy” expands its commentary on faith, assimilation and coming of age in an American landscape that’s changing by the hour. Its fresh, entertaining perspective on religious radicalism, black Muslims, white converts and everything else once deemed a threat by “Homeland” is still a feat to behold. And it works on myriad levels: Season 2 is moving and profane. Stupid funny, then scary serious. Topical and evergreen. Hyperspecific with wide appeal. 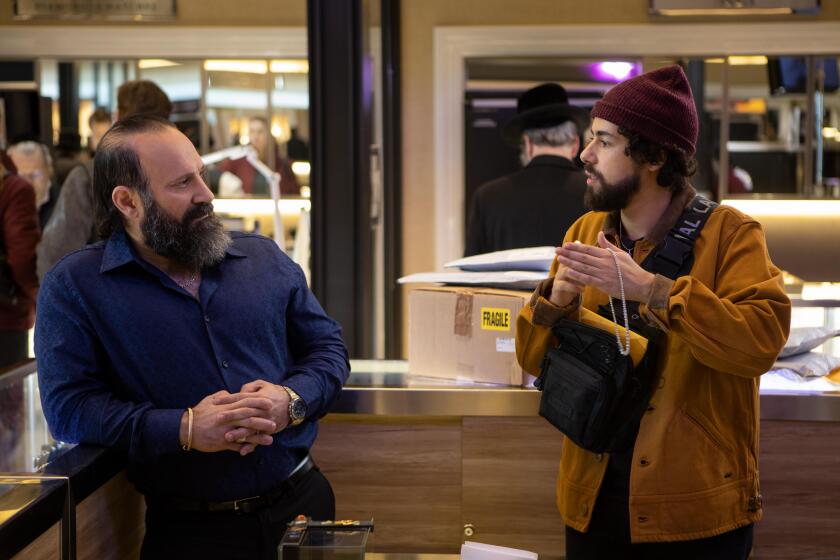 The returning cast include Ramy’s endearing, sometimes clueless mother, Maysa (Hiam Abbass), no-nonsense father, Farouk (Amr Waked), sarcastic sister Dena (May Calamawy) and his bigoted, diamond-merchant Uncle Naseem (Laith Nakli). The family again is a big part of the story. They’re also given room and attention to grow and learn from Ramy’s mistakes as well as their own experiences.

The crass Uncle Naseem now wants to make Ramy “a small little partner” in his jewelry store since realizing how much the customers like his nephew. “It’s 2020,” he explains. “They don’t want a man like me anymore. Trump [messed] it up too much. He’s too much a man, you know? The people are afraid. They want a man like you. A man who feels a little bit like a woman but is still officially a man. Maybe transsexual, you know?”

And the family’s exasperation with Ramy’s spiritual journey is evident at the dinner table. When he uncharacteristically suggests they pray before they eat, his immigrant father — who was likely raised to pray before all meals — holds back a laugh.

But when Ramy then suggests talking about “stuff we’re thankful for,” Dad’s had enough.

“Stop,” demands Farouk, then offers an additional unifying suggestion. “Tomorrow will be a great episode of ‘Shark’s Tank.’ ” he says. “We’ll watch it together.”

Eric Djemba-Djemba: Pogba and Brunu would have sat in the reserves under Scholes and Keane
Klopp on the championship: I would never compare myself to Dalgliesh and Shankly
Dimitar Berbatov: Earlier it was about the championship of Manchester United, now it is about the top 4
Zidane wants to see Mane at Real Madrid, but the club cannot afford this transfer
Manchester United and Manchester City have made inquiries about Griezmann. Barcelona does not want to let him go
Alaba and Coulibaly, among the purposes of the transfer of Guardiola. He wants to start rebuilding at Manchester City
The new Chelsea uniform is inspired by London tailors. With the logo Three, Lampard's team immediately missed out on three from West ham
Source https://www.latimes.com/entertainment-arts/tv/story/2020-05-28/hulu-ramy-youssef-mahershala-ali-season-2

Unemployment rate fell to 11% in June, with 4.8M jobs added

US economy adds 4.8 million jobs in June as coronavirus surges

How to Cancel Your Quibi Subscription

Tucker Carlson: What holiday should be canceled next?

Joe Biden must release the results of his cognitive tests. Voters need to know

Dangerous heat to scorch central US on Fourth of July; severe weather in Southeast

TikTok star Sissy Sheridan says her face mask was pierced into her ear: 'It hurts so bad'

Lawmakers to get classified briefing on Russia bounty intel

Wine of the Week: Zinfandels for an All-American Fourth of July

Mother whose son died of a drug overdose during coronavirus lockdown: 'We’re in a crisis right now'

Wide shift in opinion on police, race rare in US polling