Cops beat up man for not wearing mask in Jodhpur: Watch

When protests rage like wildfire in one part of the globe, yet another video of a ruthless police attack on a man replicating George Floyd's merciless death goes viral on social media. This time in Rajasthan's Jodhpur, a police constable is seen kneeling on the neck of a man for not wearing a mask. 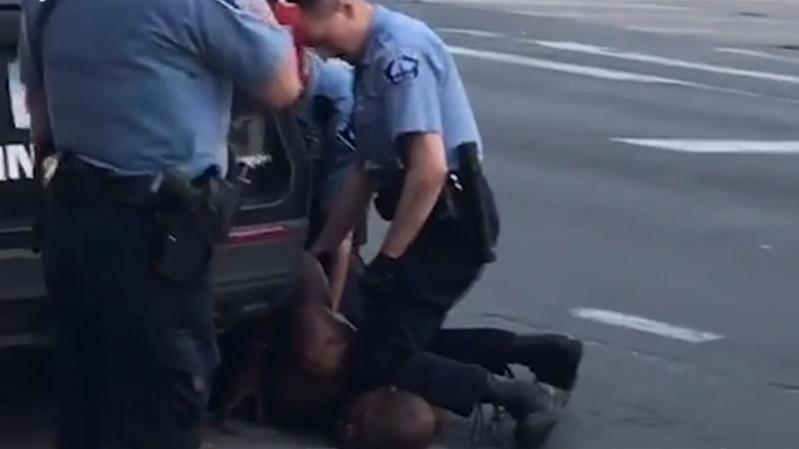 But, unlike the Minneapolis incident, the police here resorted to attacking the man when the latter, said to be mentally challenged, turned violent after being confronted by the police.

Jodhpur DCP (West) Priti Chandra, too stated that the cop had acted in self-defense to prevent the man from attacking him. The incident took place on Thursday when the man, Mukesh Kumar Prajapat was caught roaming on the streets by two police constables, without a mask.

The government and health officials have been reiterating the need to wear the face masks before stepping out of their homes. 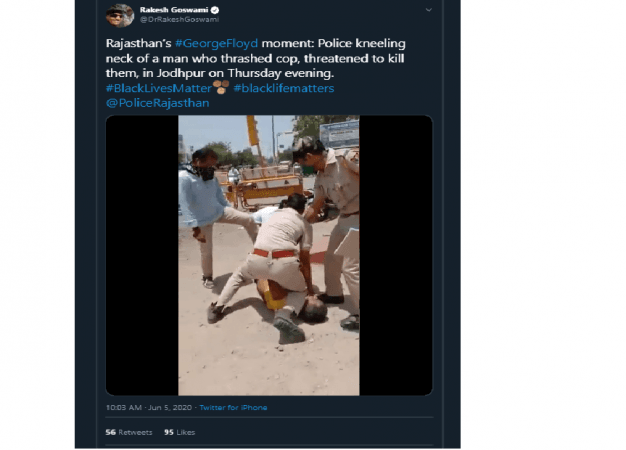 Prajapat started slapping and hitting the officers when they tried to control him. As a measure to control him, one of the constables had to kneel over the man for a few seconds, as seen in the viral video.

"So, the policemen called for a jeep but before it could arrive, the man started slapping and punching both the constables – there are videos of the same. We have filed an FIR against him and arrested him," she added.

Meanwhile, an FIR has been lodged against Prajapat on a complaint lodged by the Pratap Nagar police station.

According to the police, a case is already registered under Prajapat's name. Said to be mentally challenged, Prajapat had damaged his father's eye earlier for which a case was registered.

#BIGNEWS: Cops beat up a man in #Jodhpur after a heated argument ensued over wearing of mask. According to police, the man wasn't wearing a mask and got into a fight with the cops. pic.twitter.com/Vds4dxIrYR

MLS is back: almost 9 minutes of protest against racism and a giant virtual adidas logo in the center of the field
Solskjaer on MATIC: I'm Glad he stayed. We need experience in a team with children who run around
Germany manager Bierhoff: Havertz is a player for Real Madrid
Buffon's agent: Gianluigi should become a coach. He can lead Juve
Barcelona won the court against Santos in the Neymar case. The Brazilians demanded more than 61 million euros
Jamon, cheese, wine, tortilla and the best view of the stadium. The only La Liga club playing in front of the fans
Vinicius test for coronavirus, showed deviation from the norm. Real expects new results by the evening
Source https://www.ibtimes.co.in/reminiscent-floyds-incident-jodhpur-cop-kneels-mans-neck-not-wearing-mask-video-821632