The motorcycle enthusiasts in India know Yamaha for their legendary RD 350 and RX-100 two-stroke motorcycles, and also for the one that remains the best handling motorcycle in India for more than a decade now—the YZF-R15. Of course, the YZF-R1, YZF-R6, and V-Max are also a few Yamahas whose posters have adorned the bedroom walls of millions of young motorcycle-aspirants. The point is: Yamaha continues to inspire innumerable minds to do better. Today, the company has added another feather in that cap, and it didn't even need a motorcycle to do that (basically, they silently reiterated the fact that you don't really need to "ride for a cause" in a group of hundreds, but that's a topic for some other day). Yamaha India simply handed over a cheque of 25 lakh rupees to the District Magistrate, Gautam Buddh Nagar to support the Uttar Pradesh government in its fight against COVID 19. 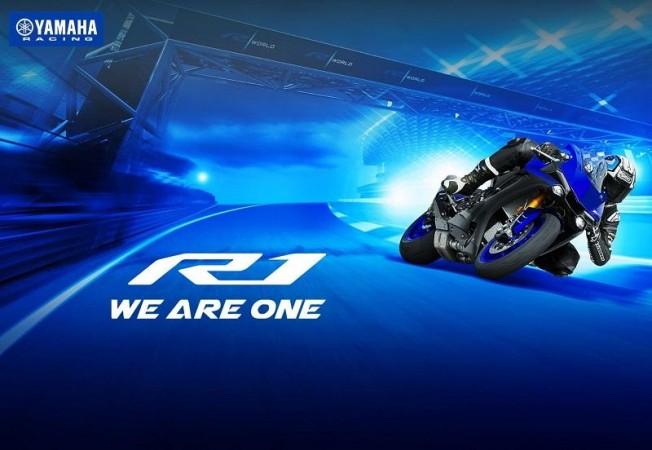 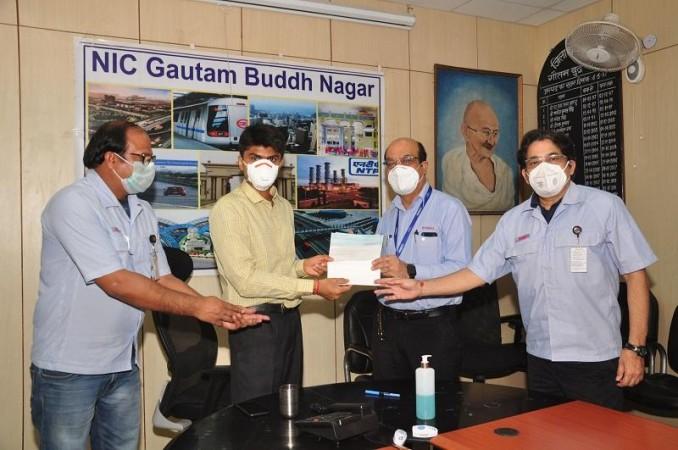 Yamaha had earlier (May 9th) announced that its permanent employees, which include both white collar and blue collar employees, as well as some trainees based at the three plant locations [Kanchipuram (Tamil Nadu), Surajpur (Uttar Pradesh), and Faridabad (Haryana)], corporate office in Chennai, and area offices across India, donated a total of Rs 61.5 lakh to support the government in fighting this pandemic. Out of the total amount, 25 lakh rupees were donated to UP CM's Distress Relief Fund as mentioned earlier; 25 lakh rupees were donated to Tamilnadu CM's Public Relief Fund, and the remaining amount of 11.5 lakh rupees was donated to the PM Cares Fund.

Yamaha India also resumed operations at its Kanchipuram factory on May 19th. The company received the permission from the Revenue and Disaster Management Department, Kancheepuram District, on the 5th of May, following which is started preparing to resume operations at the factory by following an all-round approach that included measures such as health monitoring, social distancing, maintaining hygiene; safety for self, family, co-workers, during transit and at the workplace, etc.

Yamaha also adds that while its head office in Chennai also resumed operations on the same date, the company continues to emphasize on Work from Home for all employees in the current circumstances. Only the functions that require physical presence of the employees, are being allowed to run from the office premises.

In fact, almost 50 percent of Yamaha dealerships in the country have also re-opened as per the government guidelines, and the company is taking all the precautionary measures at its showrooms, workshops, and spare parts counters to ensure safety and protection of its customers and employees.

Please don't fret if your nearest Yamaha service center hasn't opened yet, as Yamaha is closely monitoring the situation, and the remaining dealerships, and the other two factories, shall reopen once the government gives a green signal for restarting of operations at those locations.

Well, all of that sounds good, Yamaha. Now how about bringing your SR 400 to India? Or at least one of these—9 bikes Yamaha should bring to India: YZF-R6, MT-03, Super Tenere, and more!

Atalanta captain Gomez is the first Serie A player in the twenty-first century to give 15 assists in a season
Manchester City arranged a championship corridor for Liverpool
Mohamed Salah: I hope to stay in Liverpool for a long time
La Liga President: Many try to justify failures on the field by talking about rest and schedule
Rivaldo on Griezmann: I Don't understand why the world champion and multi-million dollar transfer only comes out at the last minute
The Doctor Sociedad: The Youngster from serious injury. We are not currently considering the option of surgery
Klopp made Liverpool Champions. Now it's your turn: the game Showsport
Source https://www.ibtimes.co.in/rd350-yzf-r1-maker-yamaha-india-does-its-bit-towards-fight-against-covid-19-821515

Fact-checking a mask meme shared by Trump Jr. on Facebook

Trump Admin. To Roll Back Transgender Protections In Homeless Shelters

Ri-Karlo Handy, Editors Guild & The Urban League Team Up With Mentorship Program For Creators Of Color