"Just wanted to let The Allen Family and friends know that Dad received his wing two hours ago. His warmth, kind heart and cleaver [sic] sayings will be missed. His laughter will ring in heaven. Rest In Heavenly Peace Raymond Allen. The last of 12 siblings," Ta Ronce Allen wrote.

Allen was known for his role as Uncle Woodrow "Woody" Anderson on the Norman Lear-directed television show that ran from 1974-1977. The show followed irritable patriarch Fred Sanford, played by Redd Foxx, who ran a junkyard in California. 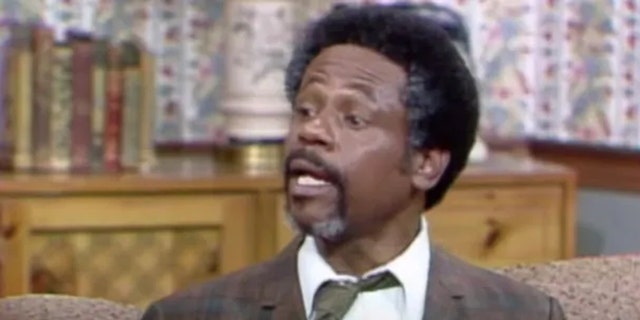 Allen landed on a number of hit television shows in the '70s, including the role of Ned the Wino on "Good Times."

According to an IMDB page for the actor, he also appeared in episodes of "Starsky and Hutch," "The Love Boat," and "The Jeffersons."

Allen's daughter did not reveal his cause of death, but TMZ reports that the beloved actor had been placed in a long-term care facility in California. The family told the outlet that Allen died as a result of respiratory issues. Relatives noted that his death was not related to COVID-19, the outlet said.

He is reportedly is survived by Ta Ronce and another daughter, Brenda Allen. He was predeceased by a son, Raymond Gilmore Allen Jr.

The American company Krause Group bought 90% of Parma's shares
Prokhorov denied information about wanting to buy Manchester United
Tiago said goodbye to Bayern: This is the most difficult decision of my career. I need new challenges
Bale and Regilon will fly to London today to complete transfers to Tottenham
We have found a club in the Bundesliga that will prevent Bayern from becoming Champions. More precisely, it was put together by the Players from Dortmund and Leipzig, the management from Gladbach, the sponsor from Hertha
Bruno is the best player of the season at Manchester United according to the fans. It came in January
The team with the sponsor sperm Accelerator played in the Europa League. And this is just one of the 15 logos on the t-shirt
Source https://www.foxnews.com/entertainment/raymond-g-allen-sanford-and-son-dead?utm_source=feedburner&utm_medium=feed&utm_campaign=Feed%3A+foxnews%2Fentertainment+%28Internal+-+Entertainment+-+Mixed%29

The Foreign Policy Issues That Divide Trump and Biden

How #SaveTheChildren is pulling American moms into QAnon

Hit by COVID, MP salaries to be axed by 30% amid cost cuts over pandemic

Making guitars saved a man from opioid addiction. Now others are getting the same help

Is this the end of WeChat in the US? It's still not clear

Mediterranean hurricane to hit Greece, could be strongest on record

'Medicane,' a rare, hurricane-like storm in the Mediterranean, makes landfall in Greece

A carjacker held a couple hostage for hours before killing the husband, investigators say

Workers fear cyborgs will steal their jobs by 2035

China Holds Military Exercises Near Taiwan as US Diplomat Visits

Reid Hoffman and Mark Pincus On What Makes Their SPAC Different

Column One: In the ring, they were gods. Now the coronavirus is forcing lucha libre stars to sell street food

'Meet the Press' host Chuck Todd is first in viewers — and Twitter critics. Here's why

Rabbi Sam Bregman: Jewish High Holidays during pandemic will be different, but hold timeless message for all

How the pandemic is affecting liquor stores, according to one shop owner

Hundreds of rescues in Sally's wake as cleanup begins

Dentist who pulled patient's tooth on a hoverboard gets 12 years

Tinsley Mortimer explains why she made out with sister Dabney Mercer

The Latest: FIBA to use ‘bubbles’ for EuroBasket

Is in-person voting safe from Covid-19? It can be if you follow these guidelines

What’s Next for the Coronavirus?

Wanted: People who want to get paid to taste cheeseburgers

We fled the smoke out West and just kept going

China flies 18 warplanes near Taiwan during US envoy’s visit

When Businesses Fail or People Can’t Pay Bills, Liability Limits Can Save the Day

A Messy Return to School in New York

Up to 1,000 fans to be allowed in for Italian Open tennis