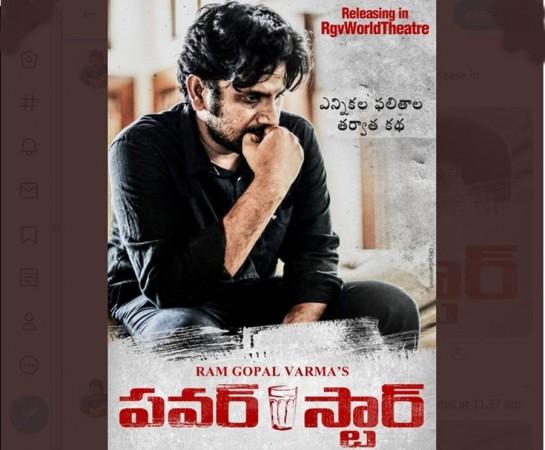 Ever since Ram Gopal Varma launched a movie called Power Star, the filmgoers have been waiting to see its first look. The director announced its release date last night. He tweeted, "RGVWORLDTHEATRE is releasing the first look poster of POWER STAR tmrw morning at 11.37 Am ..it is a completely fictional film and resemblance to any real people is coincidentally incidental."

Ram Gopal Varma took to his Twitter account this morning to remind his followers about the launch of the first look of Power Star. Later, the controversial director tweeted the poster at the promised time and captioned it with, "Here is the first look poster of POWER STAR film soon to release in RGVWORLDTHEATRE #JaiPowerStar."

The first look of Power Star started going viral with many of RGV's fans circulating it on social media minutes after he released. The poster has impressed the many movie buffs. But Pawan Kalyan's fans are furious with the poster, as they are worried that the director may show him in a negative shade. In reply to his post, some of the fans warned him against doing it. 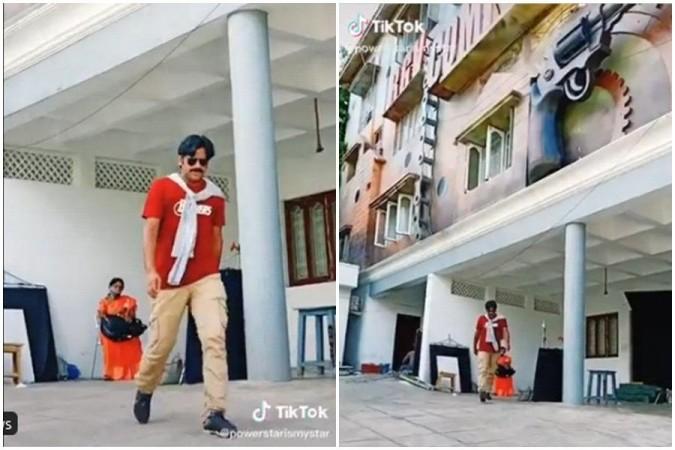 However, the director announced Power Star on Twitter on June 28. RGV tweeted, "BREAKING NEWS: My next film on RGVWORLDTHEATRE is titled POWER STAR ..it will be starring PK, MS, NB , TS, a Russian woman, four children, 8 buffaloes and RGV. No prizes will be given for understanding who the characters are #RGV'sPOWERSTAR."

Later, Ram Gopal Varma released the video featuring a doppelganger of Pawan Kalyan walking out of his office. He wrote, "Here is the STAR of my new film POWER STAR. This shot was taken when he visited my office. Any resemblance to any other person is incidentally coincidental and intentionally unintentional."

RGV added, "Me announcing POWER STAR film the same day as Pawan Kalyan announcing KAPU NESTHAM is purely destiny and there's no conspiracy on his or my part. I don't know anything about KAPU NESTHAM and am sure he doesn't know about POWER STAR This I swear on all his fans including ME."

Ocampos on Sevilla – Manchester United semi-final: Historical confrontation. We're really hungry
Chelsea can give Bakayoko on loan to Milan for 3 million euros with the right to buy out for 35 million^. Milan intends to return Chelsea midfielder Tiemoue Bakayoko, who played for the Rossoneri on loan in the 2018/19 season
Lopetegui Pro 1-0 with Wolverhampton: Sevilla deserved to win against a very good team
Kashtru about the defeat of Basel: a Difficult match, but Shakhtar dominated almost all the time
Nuno about 0:1 with Sevilla: Disappointment. Wolverhampton conceded too often in the final minutes
Immobile about Newcastle: They called my agent when the sheikhs bought the club
Liverpool are confident they will sign Tiago. The player has already agreed a contract and is pressing Bayern
Source https://www.ibtimes.co.in/ram-gopal-varma-releases-first-look-poster-power-star-featuring-pawan-kalyan-lookalike-824106