Rakul Preet's ideal man for marriage should have these qualities

Rakul Preet Singh has spoken about the qualities that she looks out in her ideal man. The hot and happening actress has said that she believes in the institution of marriage. 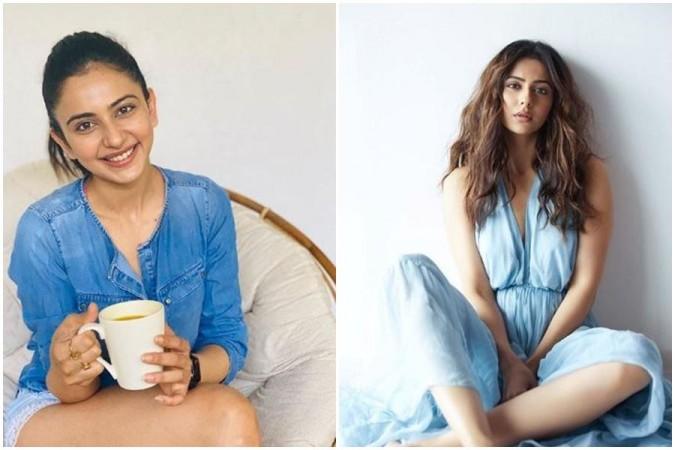 The 29-year old has revealed that she found the meaning of love in her parents. "Opening up about her personal life, she said: "I have changed as a person. What I was isn't what I am, and for me the meaning of love is what I see in my parents. I totally believe in the institution of marriage and love, and I think it is beautiful. I don't understand how people think of this as some sort of pressure. When you love someone, you love them with all your heart and that's the kind of person I am," the IANS quoted her as saying.

Talking about the qualities that she wants in her dream boy, Rakul said that he should be tall.She adds, "Even in heels, I should still be able to look up to my man. The second-most important quality is that he should have an intellect, and lastly some purpose in life," said the actress.

Rakul's Mom her Daughter's Wedding
Two months ago, her mother Rini Singh said that she had been asking her daughter to find a boy for herself and they had rejected many proposals that they brought. "Whoever we get for her, she rejects. She wants someone who'd be better than her. If she's 20, I'm okay with someone, who's 18. But she wants someone who's 21." Rakul adds. 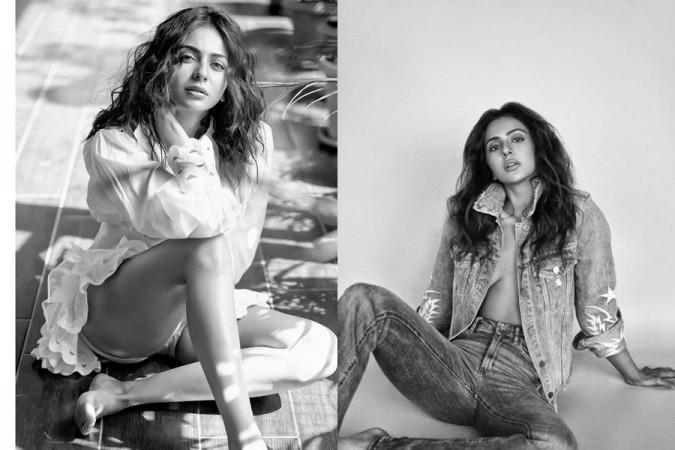 In the same interview, Rakul had blamed her brother Aman for her 'single' status. "Whenever I would talk to boys in school, my brother would complain to my parents. I remember, once I was holding a plate of food and stood next to a boy and two girls. After going home, my brother told my parents that I was feeding that guy," the actress, who will be next seen in Kamal Haasan's Indian 2, was quoted as saying.

Goetze turned down Beckham's Inter. Mario wants to play in Europe
Tonali will move to Inter after the end of the Europa League
Gasperini worked at Juventus (only with youth) and Inter (sacked after 5 matches), but Atalanta became the grandee for him
Parejo and Coquelin has gone from Valencia to Villarreal
Coca: The win over Liverpool had a good impact on us. It is not easy to beat the European champion and the Premier League twice
Giovane Elber: Lewandowski is better than Messi now. Lionel is a genius, but this year Robert is unattainable
The head of the Belarusian Tribune was detained in Minsk. Max, we're with you
Source https://www.ibtimes.co.in/rakul-preets-ideal-man-marriage-should-have-these-qualities-824102

Stream It Or Skip It: ‘Rob Schneider: Asian Momma, Mexican Kids’ On Netflix, Where The SNL Alum Is Stuck In The Middle

Women with COVID give birth alone in Peru

Fox News threw everything but the kitchen sink at Kamala Harris

New York Times called out for ‘drooling’ Kamala Harris front page: 'The newsletter of the left'

How Ali Smith wrote a fast, newsy, transcendent book series during the darkest of timelines

Rachel Brosnahan takes you behind the scenes of 'Mrs. Maisel.' Her guided photo tour

Bear that went viral after sniffing hiker’s hair has been castrated, sparking outrage

Her book on race and identity began with mom's advice. Then came the Hollywood bidding war

Princess ‘Diana’ Musical To Premiere On Netflix Prior To Broadway Reopening, Making History

Jim Parsons tears up as he reveals why he was ready to leave 'Big Bang Theory': 'I was teetering'

4 Ways Businesses Are Capitalizing on the Shift to Online

2020 election: Vote by mail works, despite what Donald Trump says