Prince William has been appointed to a new royal position by his grandmother, Queen Elizabeth II, Kensington Palace announced on Saturday.

"The Queen has appointed Prince William as Lord High Commissioner to the General Assembly of the @churchscotland this year," the palace said in a statement.

Prince William will hold the new position for one year. It will not have any effect on his current royal title as the Duke of Cambridge.

According to Kensington Palace, the Lord High Commissioner is responsible for attending the General Assembly of the Church of Scotland "as an observer," in addition to the other responsibilities.

The statement furthers: "During the week of the Assembly, the Lord High Commissioner attends the Assembly to observe the debates. He or she also carries out a program of engagements to reflect the work of charities and the Church." 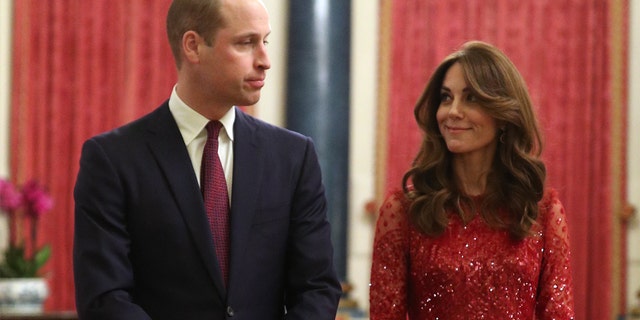 Prince William is not the first member of the British royal family to be appointed to this role. The Princess Royal, the Duke of Rothesay, the Duke of York and the Earl of Wessex have all previously held the title, according to the statement.

Other than members of the royal family, Scottish figures are also appointed to the title based on "merit and their contribution to society," the statement said.

The Duke of Cambridge's appointment comes at a period of transition for the royal family. Earlier this month, Prince Harry and Meghan Markle announced their decision to "step back" as senior members of the royal family. The Duke and Duchess of Sussex announced that they plan to earn their own income and split their time between the United Kingdom and North America.

This week, Harry left the U.K. and traveled to Vancouver, Canada, to reunite with Meghan and their son, Archie, eight months.

Ozzie Areu, the first Latino to own a major studio, has a Hollywood story himself

Brady Skjei traded by Rangers to Hurricanes for first-round pick

What’s It Like to Be an Emergency Goalie in an N.H.L. Game?

WHO: Coronavirus Epidemic Is Not Yet Pandemic