A powerful cyclone roared ashore near India's financial capital of Mumbai on Wednesday, becoming the strongest storm to hit the city in decades.

The Cyclone Nisarga made landfall with sustained winds of 75 mph south of Mumbai Wednesday, bringing heavy rain and wind, according to India's Meteorological Department.

Mumbai, with a population of more than 18 million, hadn’t been hit by a cyclone in more than a century, raising concerns about its readiness. There were no preexisting cyclone shelters in the city due the rarity of storms, said National Disaster Response Force spokesman Krishan Kumar.

"We moved people to other strong buildings where there is a supply of water,” he said.

Satellite photos showed the storm developing an eye as it neared landfall. 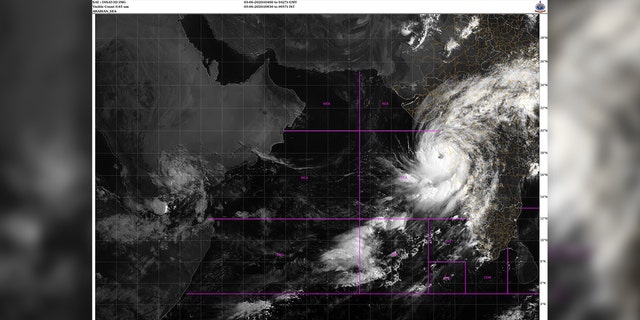 Cyclone Nisarga can be seen developing an eye as it strengthen before making landfall Wednesday on India's western coast. (India Meteorological Department) 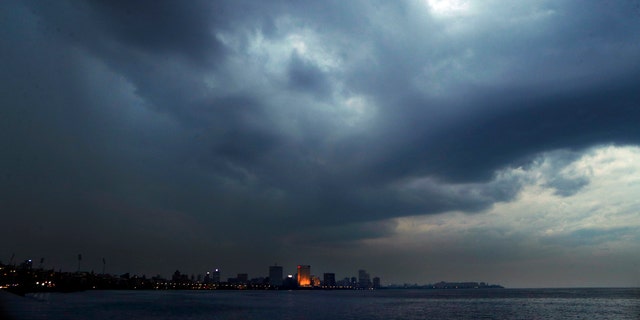 So far, no deaths or major damage have been reported as workers began clearing fallen trees and other debris along India's western coastline.

About 100,000 people were evacuated from low-lying areas in Maharashtra and neighboring Gujarat, according to the Press Trust of India news agency. 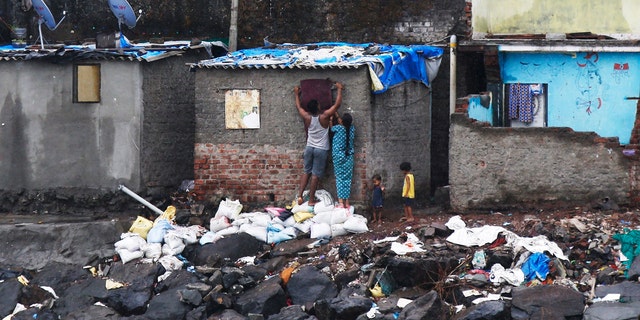 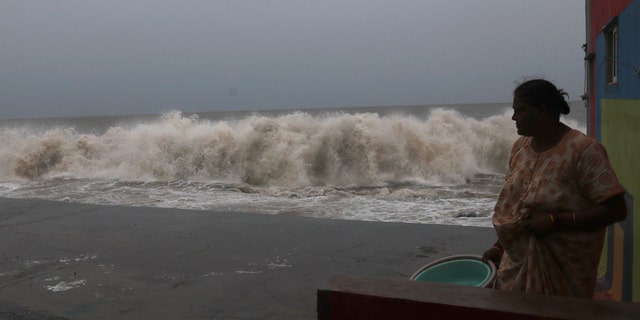 Many of the large and sturdy shelters in Mumbai had been converted into coronavirus isolation or treatment facilities. About 10,000 residents were evacuated from their homes, according to municipal officials.

Homes in city slums were boarded up and abandoned, and officials patrolled the streets, using bullhorns to order people to stay inside.

Such storms are less common in the Arabian Sea than on India’s east coast, and usually form later in the year.

Before the storm's arrival, about 200 COVID-19 patients in Mumbai were moved from a field hospital beneath a tent to another facility to avoid strong winds. 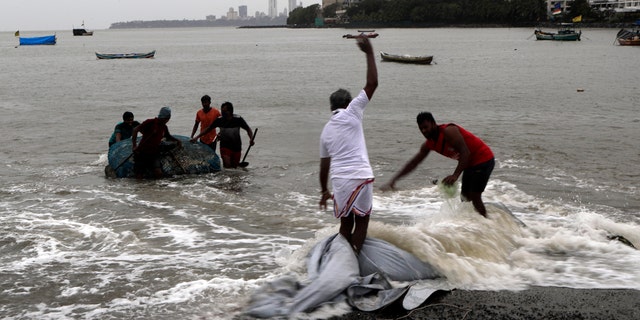 Fishermen pull their nets out of the Arabian Sea in Mumbai, India, June 3. (AP Photo/Rajanish Kakade)

“If hospitals and clinics are damaged by the cyclone, the city won’t be able to cope with the large number of COVID-19 cases, and social distancing measures will become virtually impossible to follow,” Bidisha Pillai, chief executive of Save the Children in India, said in a statement. 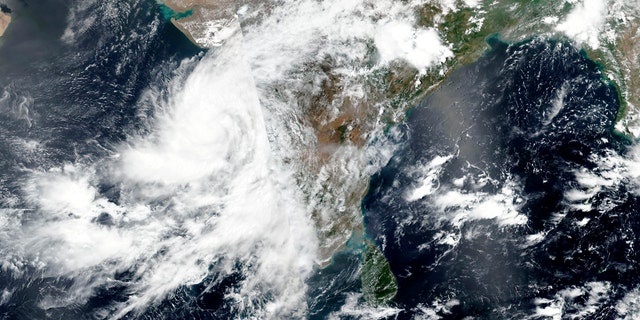 “Let us fight this danger like we are standing up to the corona pandemic and are on our way to defeat it. Likewise, we will prevail over this situation too!” Maharashtra's top official, Chief Minister Uddhav Balasheb Thackeray, tweeted.

As of Wednesday, there are 208,800 cases of COVID-19 in India with at least 5,834 deaths, according to Johns Hopkins University.

Ronaldo will not leave Juventus. He wants to overtake Immobile and Lewandowski on goals and win trophies
Napoli will pay about 81 million euros for Osimhen. Medical check-up is scheduled for Thursday
Jose Mourinho: Financial fair play is dead. It is better to open the doors to the circus, let everyone have fun
🟡 The new Barca uniform is inspired by the 1920s, the club's first Golden period. The checkers were removed, and the replica is not being sold yet because of the marriage
We study the environmental damage caused by flights in football. Leader of the anti-rating of dirty players-2019-suddenly Marquinhos
Pep Guardiola: We didn't expect Liverpool, Tottenham, Arsenal, Chelsea to protect us, but we are able to protect ourselves
Barcelona and PSG want to sign Alaba for free in a year
Source https://www.foxnews.com/world/cyclone-nisarga-india-mumbai-landfall-severe-weather-storm

Philadelphia protesters sue city over tear gas, use of force

Philadelphia to cancel all large, public events for 6 months over coronavirus concerns

Naya Rivera Performing “Landslide” Was ‘Glee’ at Its Best

Roger Stone Was Kicked Off Twitter And Facebook, But With ‘Hannity’ And Other Interviews, He’s Hardly Lacking A Platform

Man killed by police after mask dispute at Michigan store

Biden Goes Up With His 1st Ad In Texas, Where Polls Show A Close Race