Pompeo announces US to rescind $160 million in aid to Afghanistan, cites government corruption

The U.S. will still complete the energy project, which was to account for $100 million of the funding. But it won’t be directing the money through Afghan President Ashraf Ghani’s government, which Pompeo said is “incapable of being a partner.”

Pompeo blamed the “Afghan government's inability to transparently manage U.S. Government resources,” for walking back the funds, but said the U.S. would still build the five power substations and maze of transmission lines in southern Afghanistan. 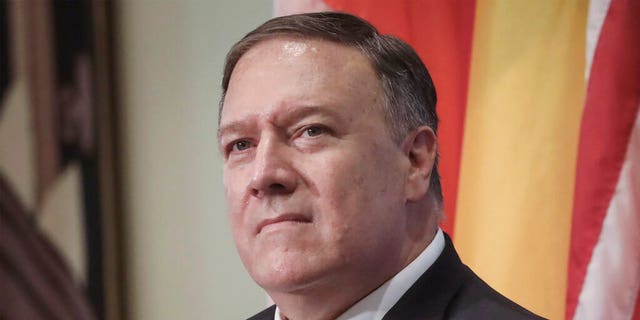 Washington is withholding the other $60 million in aid and will not be redirecting it to projects in Afghanistan on the belief that Ghani’s government is neither transparent nor accountable in its spending.

The U.S. is also cutting off all funding to the Afghan body in charge of government corruption, the Monitoring and Evaluation Committee, saying it is “incapable of being a partner in the international effort to build a better future for the Afghan people.”

“We stand against those who exploit their positions of power and influence to deprive the Afghan people of the benefits of foreign assistance and a more prosperous future," Pompeo said in a statement.

Special Inspector General for Afghan Reconstruction John Sopko cited reports dating back nine years in which hundreds of millions of dollars in U.S. aid to the nation is missing, wasted on corrupt contracts and wasteful spending. 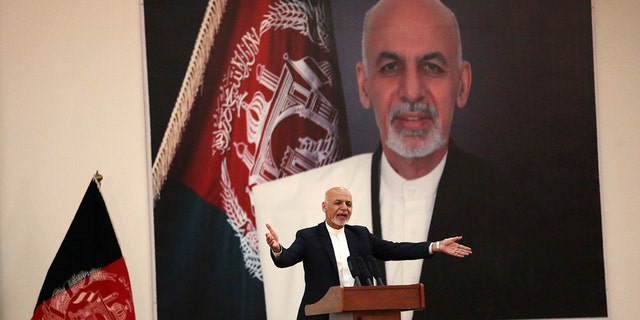 Afghan President Ashraf Ghani speaks during a ceremony to introduce the new chief of the intelligence service, in Kabul, Afghanistan. President Donald Trump's halt to U.S.-Taliban talks looks like a gift to the beleaguered Afghan president, who has insisted on holding a key election in less than three weeks’ time despite widespread expectations that a peace deal would push it aside. (AP Photo/Rahmat Gul, File)

After 18 years with troops in the nation and $800 billion dollars, the U.S. decision to pull back funding from Afghanistan marks a significant pivot-- the Afghan government depends almost entirely on foreign assistance.

The decision comes one day after the U.S. ambassador to Afghanistan, John Bass, called out the National Procurement Authority on Twitter for not approving the purchase of fuel for thermal electricity.

While speaking with reporters, Pompeo said his intended message for Ghani is that the U.S. wants to see free and fair elections on Sept. 28, when Ghani will face off against competitors for a second five-year term. The 2014 presidential election was riddled with widespread fraud, as was the parliamentary election last year.

The presidential election has already been delayed twice, and the Taliban denounced the election as a sham and vowed to attack rallies-- on Sept. 17, they attacked a campaign rally for Ghani, killing 26 and wounding 42.

The Taliban want the election canceled as a condition for intra-Afghan dialogue, and some of Ghani’s main opponents have dropped out of the race for the sake of peace.

Witzel on Sancho: He is one of the best players of his generation
Favre about Mike Sancho: I didn't see Anything – I can't judge. I don't know why he did it
The championship will resume on June 20
PSV does not plan to buy out Rodriguez. The defender will return to Milan
Bergomi on Icardi's transfer to PSG: Parisians don't have the prestige of Inter
Alan Shearer: I Want Mbappe to play in the Premier League. I see only one club for him – Newcastle
Sancho on a t shirt that says justice for George: We should not be afraid to speak out for what is right
Source https://www.foxnews.com/politics/pompeo-announces-us-to-rescind-160-million-in-aid-to-afghanistan-cites-government-corruption