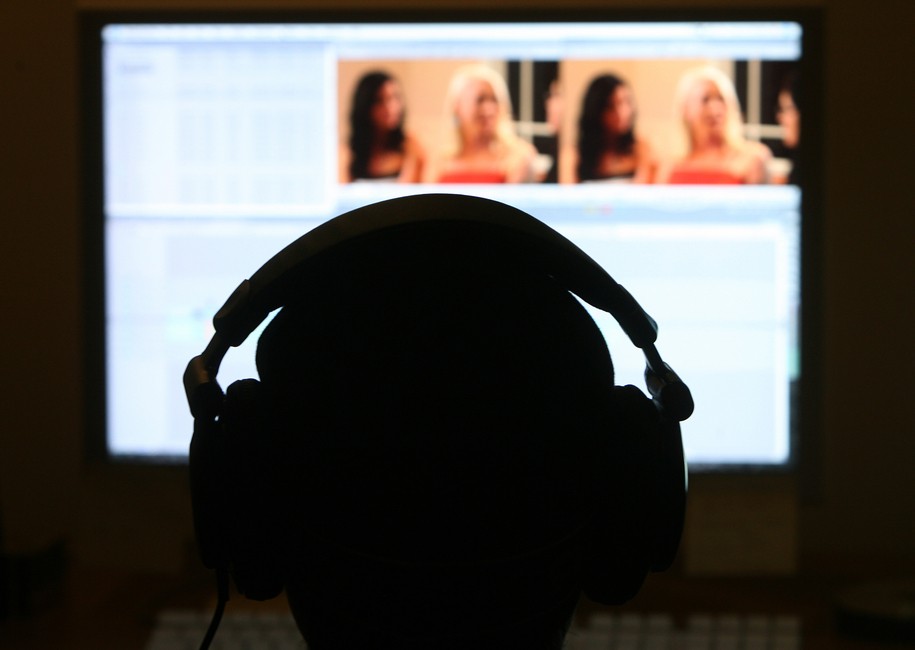 By Alex Demyanenko, for Capitol and Main

Adult film companies are being denied funds from the Small Business Administration, which excludes loans to businesses of a “prurient sexual nature.”

In a time when a simple touch can kill, one might think a pandemic might be the death knell for a business that relies on physical intimacy now that the industry has instituted a voluntary hold on video productions. But for the time being, this sector of the greater porn industry seems to have landed on its feet thanks to a decade-long shift in content distribution that has favored performers over large video producers like Vivid Entertainment and Wicked Pictures. Today performers are increasingly able to disseminate their content directly to consumers on a variety of cam and so-called “tube” sites similar to YouTube, as well as on their social media accounts.

Lee sees the trend continuing through the pandemic—especially for women, who earn about twice what their male counterparts make. “Some of these girls are earning over $40,000 to $50,000 a month from their social,” he says. “Instead of going to work for these companies and being on set for 10, 12 hours a day, earning $1,500 to $2,000, they’re now staying at home and making maybe $1,000 or $1,500—but they own that content and they make royalties on it.”

But not everyone in the adult film industry is recession-proof. Lee admits that “the average male performer is probably seeing his income drop 60 to 70%. The average scene rate is maybe about $900 to $1,000 a day, and (before the pandemic) he was probably doing a minimum of 20 scenes a month. So he’s losing a lot.”

Former gay performer Leo Forte now works behind the camera. He’s found other ways to pay his bills, including helping his boyfriend do maintenance work on rental properties.

“My subscriptions have doubled on [online sites],” says Diesel, “which is amazing, and fans are actually tipping me more, so that’s great, but I’m not making nowhere near what I usually will make a month. I would say I’m making a little less than half of what I was making.” The coronavirus has hit video crew members even harder. They have seen all their employment disappear virtually overnight. Former gay performer Leo Forte, who now works exclusively behind the camera, has had to try and find other ways to pay his bills. He’s helped his boyfriend do maintenance work on rental properties. He’s also one of the 489 people who have applied to get some help from the Free Speech Coalition (FSC), the North American trade association for the adult industry. The FSC Emergency Fund was organized on March 23 to help the hundreds of out-of-work crew members in the industry.

“It’s not a lot, but it’s a grocery run for the week or couple of weeks,” says Forte of his stipend. “It’s better than nothing.”

The San Diego resident keeps $100,000 in the bank in case, she says, “I was ever not to be able to work for any reason again. Because we rely on our bodies. What if I were to get hurt or, God forbid, anything were to happen?”

And, while Williams, 25, hasn’t had to dip into her savings yet, she is afraid that privileged situation won’t last. “I do fear a domino effect as our consumers start coming upon economic hardship, which is inevitable […] I mean, with our economy kind of going down the path where everything is falling apart.”

Because of existing institutional safeguards and policies that protect performers from infectious diseases, as well as the technological influences on the way content is delivered, the adult film industry has been better positioned to deal with the consequences of COVID-19 than most other businesses.

The testing model Lane refers to emerged from the cauldron of the AIDS epidemic. Between 1985 and 1992, about 30 adult performers, straight and gay, died of AIDS, including the era’s undisputed male superstar, John Holmes, who—like some other actors—is known to have performed in films without informing his producers or cast members of his HIV status. That epidemic would continue to wreak havoc on the industry for years to come, including a limited outbreak in 2011 that led to a testing system in which pornographic film actors were required to be tested for HIV every 30 days.

Existing policies that protect performers from infectious diseases have left the adult film industry better positioned to deal with the consequences of COVID-19 than most other businesses.

Finally, after half a dozen performers tested positive during a 2013 HIV flareup, the current system was put in place, one that sees performers tested every 14 days for a variety of diseases. If a performer tests clean, he or she receives a green check in the system’s database and can film for the next two weeks. If the performer tests positive, he or she receives a red X and is immediately banned from filming.

“You have to keep in mind that this is an industry that has constantly fought for their freedom to perform their ‘art,’ says Kevin Blatt. “They have endured herpes, HPV, syphilis, HIV and AIDS. No industry has a better mindset when it comes to communicable diseases.”

Which may explain porn’s rapid response to COVID-19.

“We started putting out advisories saying if you don’t have to shoot, avoid doing it,” says Mike Stabile, communications director of the Free Speech Coalition. “We call it a voluntary production hold because we’re not going to compound the situation by shutting down our testing system and exposing people potentially to HIV.”

So far, though, there has been no suggestion that the industry will begin administering COVID-19 tests to its employees.

Although actors and crew alike are eligible for state unemployment benefits, the companies that have employed them are being denied funds from the Small Business Administration, which excludes loans to businesses of a “prurient sexual nature.”

The adult film industry’s current testing model emerged from the cauldron of the AIDS epidemic.

“Many politicians—and certainly almost all Republican politicians—hate the adult industry with a passion,” Kernes contends. “Hence the ‘prurient sexual nature’ bullshit put into the SBA application process. There’s no good reason for it, since adult businesses will be losing income right along with all the other businesses affected by the pandemic.” At least two federal judges have issued preliminary injunctions barring the SBA from automatically denying strip clubs Paycheck Protection Program funds; the Justice Department is appealing the injunctions, and it is highly unlikely that adult businesses and performers will be getting help from the agency anytime soon.

FSC’s Stabile feels the exclusion is a holdover from the late ’80s, when the National Endowment for the Arts had its funding cut because of its support of controversial artists like Robert Mapplethorpe. “Could this be looked at as a way to shut down all business, without engaging in traditional censorship?” asks Stabile. “All I know is I don’t think that we’re a priority on the Hill right now. But we are a legal business that operates in the open […] with employee protections just like any other business.”

Diesel sees hypocrisy in it all. “We pay taxes,” he says. “People who are buying the videos are paying taxes. We bring money into the county. The same people who are saying no to helping us are the ones who are watching our videos.”

“No industry has a better mindset when it comes to communicable diseases.”

(The SBA did not respond to repeated requests for comment for this story.)

Meanwhile, although the industry continues to bring in millions of dollars in online revenue, Diesel and other performers are worried about what the future holds as the economic effects of the pandemic start to spread almost as insidiously as the virus.

For now at least, Blair Williams’ income from personal online channels has improved by 66%, allowing her to break even by making up for the lost revenue she normally would earn shooting on sets. For Leo Forte, however, the only money coming in is the FSC relief stipend. And all his behind-the-camera colleagues seem to face an uncertain future. “Here I am out in the cold,” says Forte. “What is my next step? What should I do so this doesn’t happen to me again? I just don’t know. You don’t plan for pandemics.”

Most people interviewed for this article feel the adult film industry as a whole will emerge slightly better than most businesses in the coming months and years, especially as people long for personal yet anonymous connections in a future that will surely emphasize social distancing.

“People are going to be assessing physical spaces in very different ways,“ says Frederick Lane, “and the vast majority of strip clubs are not places that [are conducive] to social distancing. I think it’s going to take a long time before [something like] that looks like a fun thing to do, particularly if you can have a meaningful conversation with somebody on a cam site and not die of COVID.”

Atalanta extended the winning streak to 11 matches, beating Sampdoria-2:0
Milner played his 536th game in the Premier League and was ranked in the top 5 of the League in games played
Barca midfielder Fati is removed in the Derby with Espanyol. He spent 5 minutes on the field
Suarez scored 195 goals for Barcelona and finished third in the club's top scorer list
Daniele de Rossi: People call Messi cowardly, but they are afraid to ask their wives for a remote control from the TV
Daniele de Rossi: Ronaldo is comparable to Messi in goals and trophies, but Leo's game is more fun
Pep about 5:0 with Newcastle: Manchester City tries to score more goals out of respect for the tournament and the opponent
Source https://www.dailykos.com/stories/2020/5/31/1948428/-Performance-anxiety-Will-the-adult-film-industry-survive-the-pandemic

As the virus rages, Trump escalates long-simmering tensions and appears to be striking out on his own