A Peeping Tom apparently voluntarily went and met the police. Reportedly, a suspect who installed a 'sneak shot', a hidden camera for illegally shooting in the women's bathroom at the KBS Research Building voluntarily met the police and was investigated.

Reportedly, a man in his 20s, a suspect in the case, voluntarily met with the police for alleged violations of the Special Law on the Punishment of Sexual Violence. He was sent home after being investigated by the police.

In a police investigation, Mr. A was said to have generally admitted allegations of illegally filming using cameras. The police are planning to investigate Mr. A by performinng digital forensics of the illegal camera. The police explained that it is impossible to say whether the suspect is an employee inside KBS or an outsider. 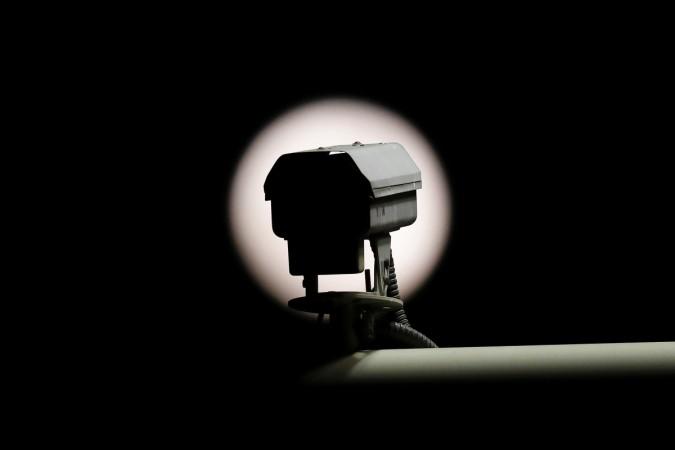 And if the perpetrator had already admitted his guilt, why was he released? Isn't a confession more than enough to charge a person with the crime they are accused of?

Why the police say that it is impossible is beyond us. Doesn't KBS have employment records? And if the suspect isn't an employee, then the breach of security is a very serious matter. However, the KBS side also declined to comment because it was a police investigation.

Mr. A is accused of installing an illegal shooting device in the shape of a portable auxiliary battery in the women's bathroom in Yeouido KBS Research Building, Yeongdeungpo-gu, Seoul.

The police had also begun investigating on the 29th of last month, when police had found an illegal filming device in the women's bathroom on the 5th floor. The police apparently analyzed CCTVs to track suspects.

Daniele de Rossi: People call Messi cowardly, but they are afraid to ask their wives for a remote control from the TV
Daniele de Rossi: Ronaldo is comparable to Messi in goals and trophies, but Leo's game is more fun
Pep about 5:0 with Newcastle: Manchester City tries to score more goals out of respect for the tournament and the opponent
Who will enter the Champions League directly?
🚲Pique came to camp Nou on a Bicycle for the Espanyol Derby
David Silva has given at least 10 assists in every season at Manchester City. He has 121 assists for the club
Bellerin will pay for the mass planting of trees, despite the fact that Arsenal did not win against Leicester
Source https://www.ibtimes.co.in/peeping-tom-who-installed-illegally-installed-cameras-womens-bathroom-kbs-voluntarily-meets-821391

DC mayor says Redskins name change isn't team's only hurdle: 'I think there would be a lot of issues'

Nordstrom has $4 fabric face masks that are selling out fast

Ivy League Places All Sports on Hold Until January

New to RuPaul’s Drag Race? This Is the Best Episode for Beginners.

With a satirical fictional memoir, Jim Carrey gets real

Olivia Culpo teams her bikini with over $23K in jewelry

How tiny-house residents are weathering quarantine

Ask a Sane Person: Jia Tolentino on Practicing the Discipline of Hope

Kanye West explains his presidential bid as only Kanye can

It’s Time to Force the Government to Provide Immigration Attorneys

Despite risks, Trump invests big in attacks on Biden’s age

Doctor: What Covid stress is doing to your body

Coronavirus wipes out 98% of location shoots in L.A. in second quarter

Map: The states most affected by the new international student immigration restrictions

Kimbrel looking to bounce back after tough debut with Cubs

Idris Elba teases a ‘Luther’ movie based off his iconic role

‘Skin: A History of Nudity In The Movies’ Trailer Strips the Mystery From Nude Scenes

Cases and hospitalizations are up in Calif.: Will the death toll follow?

Rep. Zeldin says de Blasio 'has to be removed' from office, claims NYC 'won't survive' if he serves out term

California man, 18, killed by deputies was shot 5 times in back, independent autopsy shows

The Long History of Drinking Games—And How to Win Them

The U.S. has already had 10 billion-dollar weather disasters this year

In Alabama, A City Debates How To Depict Its Past In The Present

Ady Barkan, progressive activist with ALS, endorses Biden: 'He is everything Trump is not'

Former Andy King staffer sues him for retaliating against her

With summer jobs canceled and internships on hold, students struggle to pay for college