Parasite has been making waves ever since its release and it cemented its status as a film-to-watch when it won top honours at the Oscars. Parasite is continuing to dominate at the box-office after recently dominating at the 92nd Academy Awards. Reportedly, the historic win of the top Oscars by Parasite has ignited wider interest in the South Korean movie among global audiences including in Singapore, where it earned S$1.13 million after 33 weeks as of Monday (17 February).

Parasite has been making waves ever since its release and it cemented its status as a film-to-watch when it won top honours at the Oscars, including Best Picture and Best International Film. It is the first non-English language movie to win the Best Picture award at the Oscars, widely considered as the most prestigious film awards in the world.

Clover Films and Golden Village Pictures, which distribute the film in Singapore, said in a press release today that Parasite was one of only five Korean-language movies so far to have surpassed the S$1 million mark in box office earnings in Singapore. 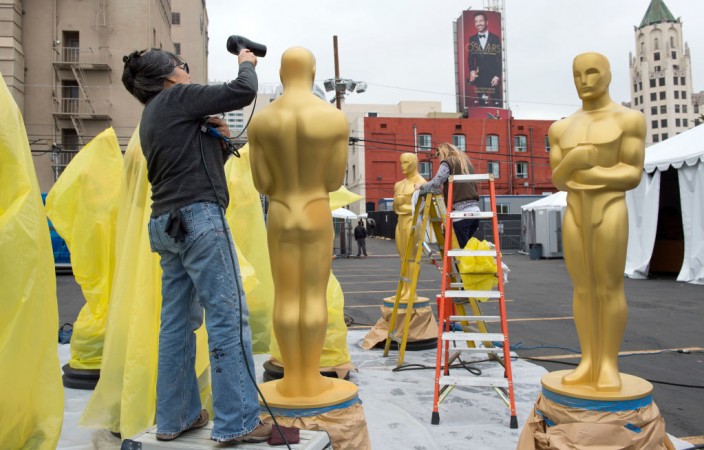 Parasite is directed by Bong Joon Ho and stars Song Kang-ho, Lee Sun-kyun, Cho Yeo-jeong, Jang Hye-jin, Choi Woo-shik and Park So-dam. The movie seems to have gotten a second wind after its win at the Oscars because Parasite was largely overlooked when it was initially released in Singapore.

Trump administration is battling coronavirus without a war room

Fran Fine the Fashion Blogger? Fran Drescher Reveals Where The Nanny Characters Would Be Today

Everything you need to properly postpone a wedding

British Open Is Canceled as Golf Jostles Its Majors Schedule

Couple spotted having sex in UK park amid coronavirus lockdown

Hydroxychloroquine and Covid-19: an explainer

Golfers hilariously admit to using phones at The Masters: ‘It’s like taking drugs out of your pocket’

This hydraulic cutter can clip through a car in seconds

Ireland's prime minister to work as doctor during coronavirus epidemic

Parts of the US will endure a devastating week from coronavirus, health officials say. But there are also signs of hope

Nation prepares for the most critical week yet in the fight against coronavirus, but there are signs of hope

Cut your own hair. Dye it pink. In quarantine, there are no rules.

Have an Idea to Help Combat COVID-19? Here's How to Find Partners and Investors.

A Light at the End of the Tunnel, or an Oncoming Train?

Hotness Alert! Mouni Roy is driving away our Monday blues as she flaunts her well-toned beach body

Pallavi Joshi's son surprises her with a homemade cake, actress 'overwhelmed with emotions'

David Avella: Unite against coronavirus – all Americans should be rooting for Trump, Cuomo, Newsom

South Korea Works To Avoid Second Wave Of The Coronavirus

In a first, US slaps sanctions on Russian white supremacists

The Open Championship canceled amid coronavirus, US Open postponed

Now Is a Good Time to Read for Joy, Not Productivity