New York City will start painting "Black Lives Matter" in front of Trump Tower in Manhattan on Thursday, according to a report.

The mural painting is scheduled to begin on Thursday morning, with Mayor Bill de Blasio attending the project sometime in the afternoon, NBC New York reported. The decision to go ahead with the mural comes roughly a week after President Trump called it a "symbol of hate" and urged the city to instead spend its money on the New York Police Department.

“NYC is cutting Police $’s by ONE BILLION DOLLARS, and yet the @NYCMayor is going to paint a big, expensive, yellow Black Lives Matter sign on Fifth Avenue, denigrating this luxury Avenue,” Trump tweeted last week,

“This will further antagonize New York’s Finest, who LOVE New York & vividly remember the horrible BLM chant, ‘Pigs in a Blanket, Fry ‘Em Like Bacon,’” he added. “Maybe our GREAT Police, who have been neutralized and scorned by a mayor who hates & disrespects them, won’t let this symbol of hate be affixed to New York’s greatest street.”

De Blasio responded to Trump later that morning, tweeting: "The fact that you see it as denigrating your street is the definition of racism."

"You also don’t know that NY’s Finest are now a majority people of color. They already know Black Lives Matter," he wrote. "There is no “symbol of hate” here. Just a commitment to truth."

REP. ZELDIN SAYS DE BLASIO 'HAS TO BE REMOVED' FROM OFFICE, CLAIMS NYC 'WON'T SURVIVE' IF HE SERVES OUT TERM

“We’re going to take this moment in history and amplify it by taking the ‘Black Lives Matter’ symbolism by putting it all over this city, including in front of Trump Tower,” de Blasio said on MSNBC. "We’re going to make it really clear to the president. It’s going to be right outside his doorstep.” 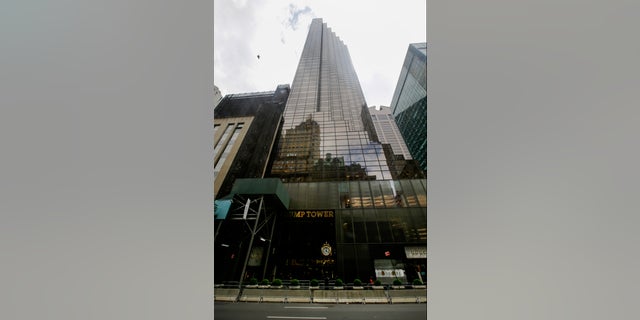 Gov. Andrew Cuomo has previously acknowledged his support for the murals in New York City, but he also criticized the mayor over cutting the NYPD's budget amid a surge of violence in the city, according to the station. He argued that de Blasio's goal shouldn't be to simply conciliate protesters.

"Now it's about making the actual change. Not just saying to the protesters, 'I'm with you," Cuomo said.

A police official told NBC New York that the street could potentially be closed for a couple of days in order to complete the mural. Roughly one hundred gallons of paint are expected to be used.

Alexis Sanchez: I really wanted to stay at Inter. I found a family here
Emil Heskey: Salah should have moved to another club if Liverpool had not taken the Premier League
Roma are discussing with Manchester United the purchase of Smalling
Belenov – the best player of Ufa in the 2019/20 season
Seedorf on real's chances of passing city: Hard, but nothing is impossible
Hennessy on the cancellation of the ban of Manchester City: this is a slap in the face of UEFA
Lopetegi about éver Banega: When he plays well, the whole of Seville plays well
Source https://www.foxnews.com/us/nyc-start-painting-black-lives-matter-mural-front-trump-tower-de-blasio-join-report?utm_source=feedburner&utm_medium=feed&utm_campaign=Feed%3A+foxnews%2Fnational+%28Internal+-+US+Latest+-+Text%29