The project, approved by the city earlier in June, has been a sore spot for the president, who charged the "big, expensive, yellow Black Lives Matter sign on Fifth Avenue" with "denigrating this luxury Avenue."

"This will further antagonize New York’s Finest, who LOVE New York & vividly remember the horrible BLM chant, “Pigs In A Blanket, Fry ‘Em Like Bacon”. Maybe our GREAT Police, who have been neutralized and scorned by a mayor who hates & disrespects them, won’t let this symbol of hate be affixed to New York’s greatest street," Trump tweeted last week. 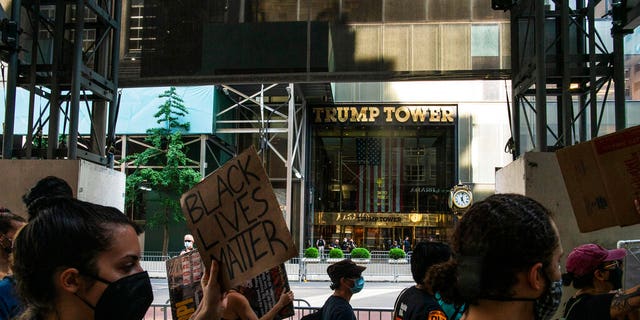 "Here’s what you don’t understand: Black people BUILT 5th Ave and so much of this nation. Your “luxury” came from THEIR labor, for which they have never been justly compensated," de Blasio said. "We are honoring them. The fact that you see it as denigrating your street is the definition of racism."

Protesters have continued to march all over the country, taking a stand against police brutality and discrimination following the death of George Floyd, an unarmed Black man who died in police custody after a Minneapolis police officer kneeled on his neck for over eight minutes. 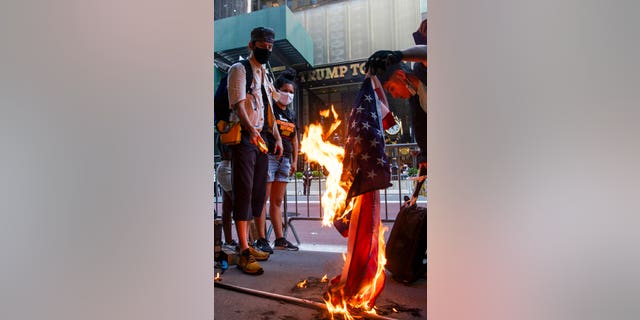 The mural will be the second of its kind completed in New York-- earlier on Wednesday local painters and artists in Harlem unveiled the symbolic slogan written on Adam Clayton Powell Boulevard between 125th and 127th streets.

De Blasio has pledged to have murals painted along streets in all five boroughs in the coming months.

The city slashed nearly $352 million of the NYPD's budget earlier this month but ironically spent thousands of dollars paying overtime to at least 16 police officers to guard the site of the Fifth Avenue mural last week, before postponing the painting project due to logistic issues, according to reports by NBC4.

The Department of Sanitation said that the road will be closed to vehicular traffic on Fifth Avenue from 57th to 56th streets and will reopen at midnight on Sunday.

Ronaldo has scored in the Champions League playoffs for 14 consecutive seasons
Real burst under the pressure of city in the 9th minute-Varane was left without options and brought a goal
Benzema came in 4th place among the Champions League scorers, scoring the 65th goal. Only Ronaldo, Messi and Raul have more
Sterling scored his 100th goal for Manchester City and 20th in the Champions League
Hazard will be in the starting line-up of Real Madrid for the first time in the Champions League play-offs
Milan is Interested in Torreira. Arsenal are ready to sell the midfielder
Lineker on bale: People have no idea what's really going on with one of the best players of our time
Source https://www.foxnews.com/us/nyc-closes-5th-avenue-black-lives-matter-painting-trump-tower?utm_source=feedburner&utm_medium=feed&utm_campaign=Feed%3A+foxnews%2Fnational+%28Internal+-+US+Latest+-+Text%29

What’s wrong with the mail