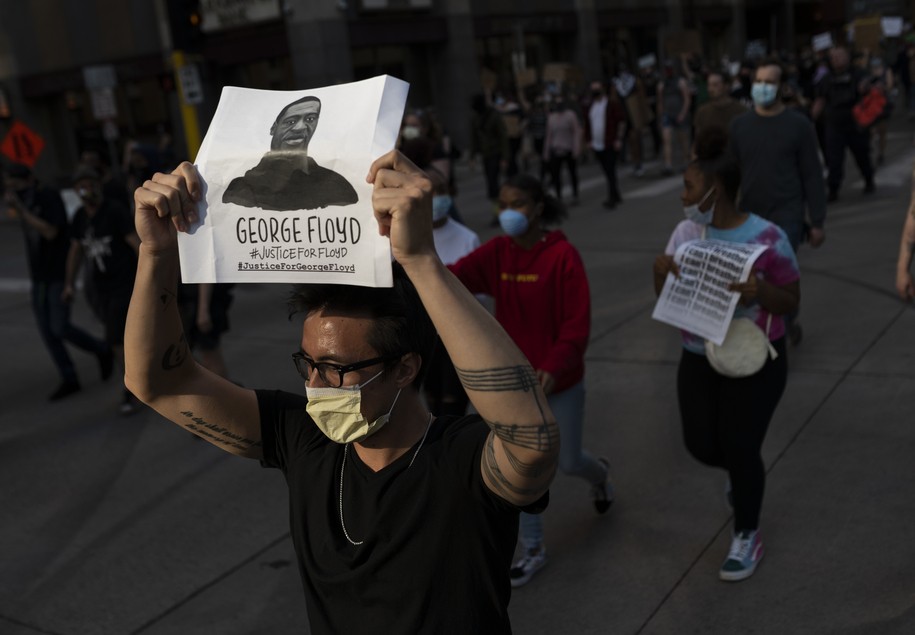 It’s another Sunday, so for those who tune in, welcome to a diary discussing the Nuts &amp; Bolts of a Democratic campaign. If you’ve missed out, you can catch up anytime: Just visit our group or follow the Nuts &amp; Bolts Guide. Every week I try to tackle issues I’ve been asked about. With the help of other campaign workers and notes, we address how to improve and build better campaigns or explain issues that impact our party.

We try to cover the basics of campaign structure. In a week like this one, though, we have to discuss the importance of actually respecting your community and putting them first in all of your actions. This week, Donald Trump took protests and made incredible threats against people, trying to motivate a racist base in a political way, using a crisis for his own gain. Trump will not be the only Republican around the country to use the events in Kentucky and Minnesota in hopes of their own political gain. Republicans will whistle toward the racists and try to drive up the vote of the hate-brigade. This same tactic has been in place for decades. The Southern Strategy. You see it in down-ballot races too. How do you adjust?

In 2019, a study was released of the data collected from the 2016 election, looking at how and why people voted the way they did. There is a piece of data held within that study that should be interesting going into 2020, from the Pacific Standard.

"We find that racial animus among voters helped Republicans at multiple ballot levels," write political scientists Carlos Algara and Isaac Hale of the University of California–Davis.

What this means is simple: White voters may have disagreed with Trump on many issues, agreed with the Democratic candidate more ideologically—and yet, they broke for Trump in part because the racist rhetoric brought them home in some way. Why is that? This is the same audience that when asked rejects racist ideas, and will contend they despise the idea of racism. How do you as a down-ballot candidate talk to these, often “moderate Republican” or “independent” voters?

There are numerous theories for why this happened. One that should be considered and addressed is that your campaign has to put your community first, and that means addressing issues head-on. In 2008 and 2012, the issue was addressed directly, and many of these same voters chose to vote their values on issues first. In 2016 they voted their resentment.

In 2018, Democratic candidates went back and spoke directly about complex issues without ducking them. We ran candidates in districts that reflected our beliefs and did well.

Strong and wrong beats weak and right, goes the old saying. There is truth to that. When issues come up that you find repellant, judge for yourself if a show of strength best fits your campaign. Your own voters want to see you present strength for the issues they believe in. Independent voters and the moderate voters who may break your way will interpret a lack of conviction on your part as a weakness in your candidate or campaign. Voters are frankly going to respect you more if you strongly advocate an issue than if you provide a mushy, soft answer.

You also have to understand your own community. Listening to your own community helps build you the support for an argument that is both strong and right. That argument is compelling and can help move voters in your direction. There is no reason for a weak response when you have the values of your own voters and the facts behind you. The easiest way to harm your campaign is to sit on it or issue a weak response.

Call out the attack for what it is, in the strongest way possible. Do so with the backing of your community. Don’t cower and try to run away from a response. Your own voters will appreciate it.

MLS is back: almost 9 minutes of protest against racism and a giant virtual adidas logo in the center of the field
Solskjaer on MATIC: I'm Glad he stayed. We need experience in a team with children who run around
Germany manager Bierhoff: Havertz is a player for Real Madrid
Buffon's agent: Gianluigi should become a coach. He can lead Juve
Barcelona won the court against Santos in the Neymar case. The Brazilians demanded more than 61 million euros
Jamon, cheese, wine, tortilla and the best view of the stadium. The only La Liga club playing in front of the fans
Vinicius test for coronavirus, showed deviation from the norm. Real expects new results by the evening
Source https://www.dailykos.com/stories/2020/5/31/1948511/-Nuts-amp-Bolts-Inside-a-Democratic-campaign-Countering-offensive-Republican-attacks