Former Nirvana bassist Krist Novoselic is facing backlash after he recently praised the hard-line calls of President Trump in which he threatened to send in the military to restore order at nationwide protests over George Floyd’s death if governors didn’t do it.

“Wow!!! I know many of you can’t stand him, however, Trump knocked it out of the park with this speech,” Novoselic wrote on his personal Facebook page.

While Novoselic said Trump “should not be sending troops into states -- and he legally might not be able to anyway,” he lauded Trump’s tone as “strong and direct.”

As more demonstrations began taking shape around the country, and cities girded for another round of possible violence after dark, the president demanded Monday an end to the at-times violent protests, and he vowed to use military force to achieve that if necessary. 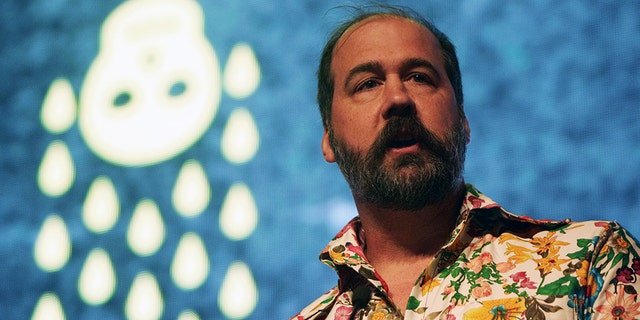 Former Nirvana bassist Krist Novoselic speaks to visitors at the premiere of the 'Nirvana: Taking Punk to the Masses' exhibit at the EMP in Seattle, Wash., on April 15, 2011.  (REUTERS/Anthony Bolante)

Novoselic went on to write about how he “drove from Wahkiakum to Seattle and back today and have [sic] seen countless fellow Washingtonians on the road. I did not see any violence -- but a Tesla supercharging station at an Auburn mall was closed off by police. Driving, I passed by regular folks who are already stressed by the Covid [sic]. Now, social media and television are looping images of societal breakdown.”

“Imagine if so-called ‘patriot militias’ were raising this kind of hell? If this were the case, left wing people would welcome federal intervention,” Novoselic said. “Most Americans want peace in their communities and President Trump spoke to this desire. Never mind the legal details that few understand -- Trump said he would stop the violence and this speaks to many.”

CELEBRITIES WHO HAVE JOINED GEORGE FLOYD PROTESTS AGAINST POLICE BRUTALITY

"I feel hurt and disappointed seeing that statement from Krist Novoselic. It feels so much like betrayal. How could someone who stood for human rights for so long suddenly be okay with martial law? I just can’t even f---ing believe this," one person wrote.

"I’d like to apologize on behalf of all bass players out there for Krist Novoselic," Primal Scream bassist Simone Marie tweeted.

"Looks like Krist Novoselic is talking out of his a--. Whenever I think of Nirvana, I always think of Kurt [Cobain] and Dave [Grohl]. For some reason, I would always forget about Krist. Now I know why," another person said. 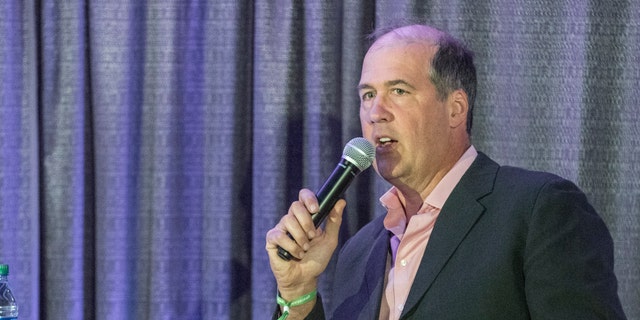 "I always wondered what happened to Krist Novoselic. It would appear he turned into an a--hole," one individual wrote.

Said another: "Welp, you can f--k right off #kristnovoselic. 90s you would have barfed at that statement you rich, old ahole [sic]."

On Wednesday, Novoselic took to his Facebook page to clarify his earlier remarks.

"To clarify a few things: As an avowed independent, I don’t endorse a major party or candidate. And it feels insane to have to say this, but I don’t support fascism, and I don’t support an authoritarian state," he wrote. "I believe in a civilized society and that we all have to work toward that. Love and thanks to anyone who cares to read this."

La Liga President: Many try to justify failures on the field by talking about rest and schedule
Rivaldo on Griezmann: I Don't understand why the world champion and multi-million dollar transfer only comes out at the last minute
The Doctor Sociedad: The Youngster from serious injury. We are not currently considering the option of surgery
Klopp made Liverpool Champions. Now it's your turn: the game Showsport
Daughter of the owner of Valencia: This is our club and we can do whatever we want with it. Don't the fans understand?
Manchester City and Chelsea are Interested in Dean
10 years of Suarez's great save: hand saved Uruguay at the 2010 world Cup
Source https://www.foxnews.com/entertainment/nirvana-krist-novoselic-criticized-praising-trump-speech-george-floyd-protests

After renovation, Hoops Hall waiting to reopen with new look

Breyvic Valera claimed by Blue Jays off waivers from Padres