George Floyd told officers more than 20 times that he could not breathe, according to newly released transcripts of Minneapolis police body camera footage documenting the last minutes of his life.

Several times, too, he exclaimed that officers were killing him.

The transcripts offer one of the most thorough and dramatic accounts yet of the moments before Mr. Floyd’s death, which set off a national movement about police use of force. They were filed in state court in Minneapolis on Tuesday as part of an effort by a former officer, Thomas Lane, 37, to have charges that he aided and abetted Mr. Floyd’s murder thrown out by a judge.

Mr. Floyd died after an officer, Derek Chauvin, 44, pressed his knee down onto Mr. Floyd’s neck until he was no longer moving.

Mr. Chauvin, who was on the force for 19 years, faces second-degree murder and manslaughter charges in Mr. Floyd’s death and up to 40 years in prison if he is convicted. Mr. Lane, J. Alexander Kueng, 26, who were both rookie officers, and Tou Thao, 34, also face 40 years in prison if convicted on charges of aiding and abetting Mr. Floyd’s murder. All four officers were fired.

The filings made in court this week include 82 pages of body camera transcripts and the 60-page transcript of an interview with Mr. Lane, his lawyer alongside him, by investigators from Minnesota’s Bureau of Criminal Apprehension.

In that interview, when he was asked whether he felt at the time that Mr. Floyd was having a medical emergency, Mr. Lane replied, “Yeah, I felt maybe that something was going on.”

At the end of the interview, though, Mr. Lane’s lawyer, Earl Gray, objected when an investigator asked Mr. Lane whether he felt that either he or Mr. Chauvin had contributed to Mr. Floyd’s death.

“You’re not going to answer that,” Mr. Gray said. Mr. Lane did not answer the question.

The filings also include what Mr. Gray described as pictures from inside the car Mr. Floyd was sitting in when Mr. Lane first approached him. Officers had been called after a nearby store employee reported that Mr. Floyd had passed a counterfeit $20 bill. According to Mr. Gray, the pictures show two crumpled counterfeit $20 bills that were found lodged between the center console and the passenger’s seat.

How George Floyd Was Killed in Police Custody

The Times has reconstructed the death of George Floyd on May 25. Security footage, witness videos and official documents show how a series of actions by officers turned fatal. (This video contains scenes of graphic violence.) 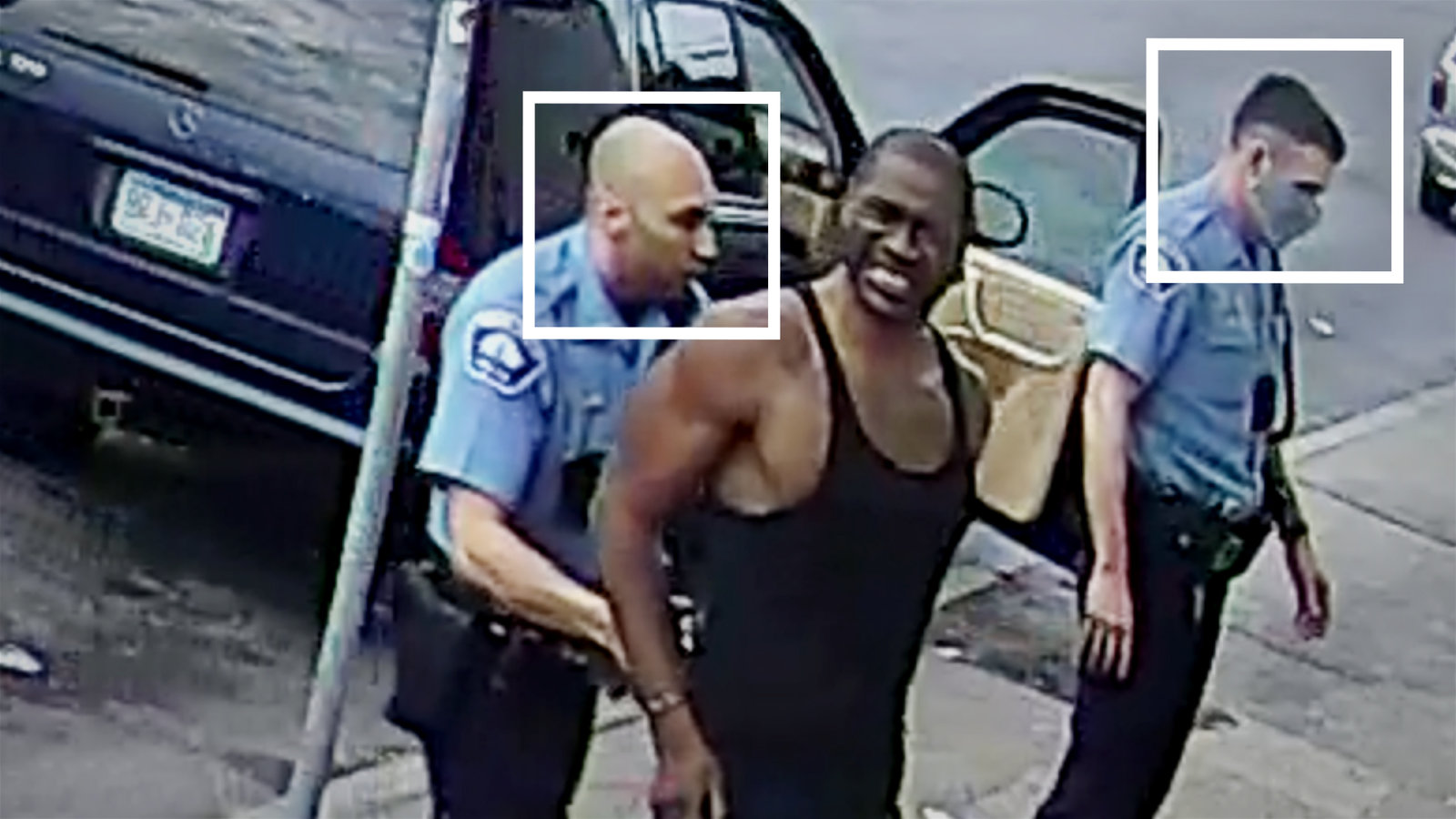 The Times has reconstructed the death of George Floyd on May 25. Security footage, witness videos and official documents show how a series of actions by officers turned fatal. (This video contains scenes of graphic violence.)

Even before he was on the ground, Mr. Floyd said he was in physical distress, telling officers who were trying to get him into a squad car that he was claustrophobic and could not breathe.

At one point, according to one transcript, he said: “Momma, I love you. Tell my kids I love them. I’m dead.”

The transcripts zero in on the most critical moments of Mr. Floyd’s restraint by officers.

After Mr. Floyd says that the officers are going to kill him, Mr. Chauvin says, “Then stop talking, stop yelling, it takes a heck of a lot of oxygen to talk.”

While Mr. Floyd was being restrained on the ground, on his stomach, with Mr. Chauvin’s knee pressed onto his neck, Mr. Lane asked whether Mr. Floyd should be turned over onto his side.

Mr. Chauvin said, “No, he’s staying put where we got him.”

Mr. Lane then said he was worried Mr. Floyd might be having a medical emergency.

“Well that’s why we got the ambulance coming,” Mr. Chauvin responded, according to one of the transcripts.

The filings were the latest effort by Mr. Lane, who held Mr. Floyd’s legs while he was on the ground, to argue that he does not bear the responsibility for Mr. Floyd’s death that prosecutors say he does.

In court papers asking the judge to dismiss the charges against Mr. Lane, Mr. Gray argues that Mr. Lane, as a new officer, was taking his cues from Mr. Chauvin, a senior officer who served as a field training officer, or F.T.O., for some rookies. He also states that Mr. Lane believed that Mr. Floyd was on drugs, “based on his behavior.”

After Mr. Chauvin refused to turn Mr. Floyd onto his side, Mr. Gray wrote in his filings, “Lane listened to FTO Chauvin and thought it made sense because there are times when a person who is OD’ing or passed out one minute but then comes back really aggressive.”

De Gea has found a double-the coach of Scottish Ross County. In his team, 19% of the players are called Ross – even all the goalkeepers
Ancelotti on the recipe for winning the Champions League: unconsciousness of actions, luck and courage
Werder searches for talent using machine learning and predicts injuries from DNA
Langle about the match with Napoli: We have a very small advantage
Elvin Kerimov: in 2012, Utkin calls: I Read your text on Showsport, since September 1, you are fired
Willian is impressed with Arteta's desire to sign him to Arsenal, but has not yet decided where he will go
Adebayor on Ronaldo: real know what they lost by letting him go. These players appear once every 200 years
Source https://www.nytimes.com/2020/07/08/us/george-floyd-body-camera-transcripts.html

What you need to know about coronavirus on Tuesday, August 4

Biden Assails Trump for ‘Bald-Faced Lies’ About Voting by Mail

Clorox Won’t Have Enough Disinfecting Wipes Until 2021, Its CEO Says

The 2020 election actually starts in one month

After BS Yediyurappa and Siddaramaiah, 2 from JD(S) and 1 from BJP test coronavirus positive

Trump withholds praise for John Lewis, notes he 'didn't come to my inauguration'

China, WHO in talks on plans to trace coronavirus origin

Around the world, countries thought to have contained the coronavirus face new waves of infection

Did you participate in the Michigan August primary election? We want to hear from you

Caribbean resort sales: Get the deals and entry requirements for Jamaica, USVI, more

Pandemic Parenting: How To Talk To Adults About Enforcing Guidelines

Should Parents Redshirt Their Kindergarten-aged Kids Until In-Person School Is Safe?

India’s Narendra Modi Is Breaking Ground for a Controversial Temple of Ram. Here’s Why It Matters

Will Tlaib take her primary? Who will win the Kansas GOP Senate race? What to watch for Tuesday's election

Finally, a Never Trumper Admits It’s Time to Blow Up the GOP

How college football conferences are handling their schedules amid coronavirus pandemic

BP to cut dividends as it prepares for fossil fuel decline