A New Jersey nurse reunited with a man she cared for years ago when he was born prematurely -- in the same hospital where she is now watching over his son.

Renata Freydin revealed that she was looking through her fiancé's baby book when she came across a photo showing him as a newborn with a smiling nurse.

“I knew that lady!!,” Freydin wrote in a Facebook post that has received over 29,000 reactions. “I immediately asked him who she was and he confirmed that she was the nurse who took care of him during his stay in the NICU and his mom loved her so much that she needed a photo of the two of them on the day he was discharged.” 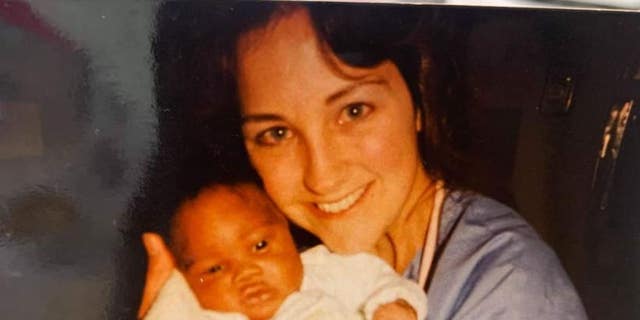 Freydin's son, Alexander Caldwell, was born 10 weeks early on Jan 30. Lissa McGowan was one of the nurses assigned to looked after the baby at Saint Peter's University Hospital in New Brunswick, N.J. 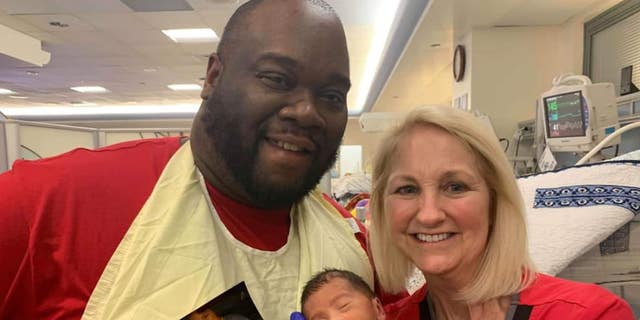 David Caldwell posing for a photo with NICU nurse Lissa McGowan, who took care of him as a newborn in the same hospital where she looked after his newborn son. (Renata Freydin/Facebook)

Her fiancé, David Caldwell, brought a photo showing McGowan and him to the hospital. Three other nurses confirmed it was McGowan, Freydin wrote.

"Yesterday (Valentine's Day) she was back at work and taking care of our little nugget again so we had to recreate the picture!" the post read. 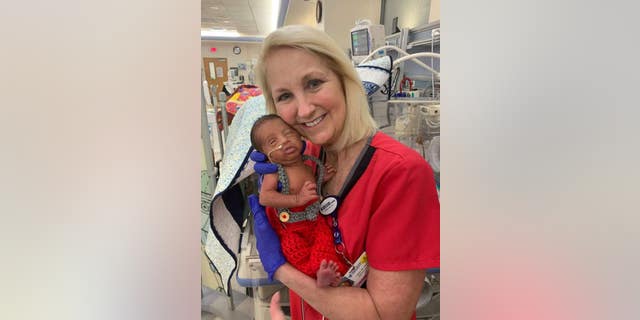 Nurse Lissa McGowan holding Alexander Caldwell. The NCIU nurse took care of the baby's father when he was prematurely born years ago in the same hospital. (Renata Freydin/Facebook)

"The past 2 weeks have been filled with worries and uncertainty but we can breathe easy knowing my lil nuggets nurse is the same one that helped the man I love when he was in the same situation," Freydin continued.

Her son was "doing amazing," she said.

Cole Kmet: 5 things to know about the 2020 NFL Draft prospect

US, UK brace for soaring death tolls as pandemic bears down

Wisconsin election still on, but Supreme Court may intervene

Trump Advisor Fires Back at CNN Anchor While Defending Feud With Dr. Fauci

Berman and Goetzmann: Coronavirus response — a chance to make the West great again