Paul Steinhauser is a politics reporter based in New Hampshire.

New Jersey holds its primary on Tuesday – a month late and almost entirely by mail due to the coronavirus pandemic.

With the presidential nominations decided long ago and Democratic Sen. Cory Booker favored to comfortably win re-election, the House of Representatives contests seem to hold the most intrigue. There are contested primaries in 10 of the state’s 12 congressional districts.

And in the Democratic contests, New Jersey’s primary appears to be the latest chapter in this year’s recurring storyline, where incumbent lawmakers are fighting off challenges from the left of their party.

Many of the young progressive challengers are hoping to follow in the footsteps of Rep. Alexandria Ocasio-Cortez of New York City – known as AOC - whose blockbuster 2018 upset primary win over longtime Democratic Rep. Joe Crowley created political shockwaves.

But Hale cautioned that “the problem is that if you want to emulate AOC, you have to have her media skills if you’re going to be successful and none of these challengers do. The only reason why progressive challengers might have a shot is because vote-by-mail favors young, even first-time voters who vote their ideals. I just don’t think there are enough of them.”

In the 6th District, Rep. Frank Pallone Jr. – the most influential member of the state’s congressional delegation and House Energy and Commerce Committee chair – is facing two progressive challengers. 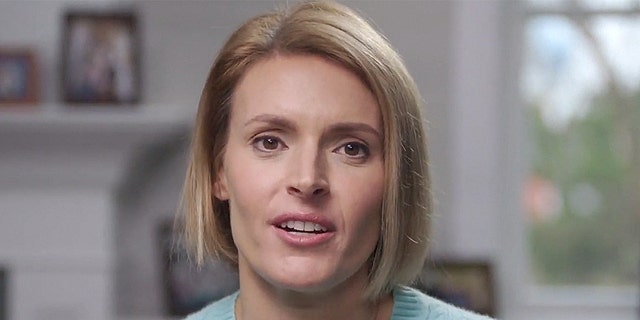 Amy Kennedy is running as a Democrat for Congress in New Jersey as Rep. Van Drew, R-N.J. seeks re-election in 2020 after switching parties to become a Republican.

One Democrat running in the 2nd District race is Amy Kennedy, the wife of former Democratic Rep. Patrick Kennedy and daughter-in-law of the late Sen. Ted Kennedy.

It’s not just Democratic representatives who are facing challenges.

Republican Rep. Chris Smith in the 4th District is facing a primary opponent. So does Rep. Jeff Van Drew in the 2nd District. He was elected in 2018 as a Democrat before opposing President Trump’s impeachment and switching parties.

Because of health concerns over in-person voting during a pandemic, Democratic Gov. Phil Murphy issued an executive order making it easier to vote by mail. The order sent 3.6 million postage-paid absentee ballots to the state’s registered Democrats and Republicans. Another 2.4 million unaffiliated voters received ballot applications, which allowed them to chose to vote in either primary by requesting a ballot.

As with other recent primaries where most votes were cast by mail, the counting of votes could take some time and prevent close contests from being called on primary night.

Biden’s campaign said that the former vice president and his wife Jill Biden already voted, returning their ballots in person last week to the New Castle County Board of Elections.

Ex-referee Andujar Oliver on Saul's fall: there Was a light touch of the goalkeeper, but it was not a penalty
Alfonso Davies: As a child, I adored Messi, and now I will defend against him
Mesut Ozil: you get Disappointed when you know how good you are, but they don't let you out
Rummenigge on the match with Barca: Davies will take care of Messi. Alfonso has not been beaten this season
Flick about the Champions League match: This is not Bayern against Messi, but a game against Barcelona
Xavi: Setien's Barca Game is very similar to Cruyff's style
Coutinho's agent: Philippe is eager to play with Barca and win the Champions League
Source https://www.foxnews.com/politics/congressional-incumbents-face-challenges-as-new-jersey-holds-its-primary?utm_source=feedburner&utm_medium=feed&utm_campaign=Feed%3A+foxnews%2Fmost-popular+%28Internal+-+Most+Popular+Content%29

Mets’ McNeil carted off vs. Nats after crash into wall

Hurricanes coach Brind’Amour ‘moving on’ after fined by NHL