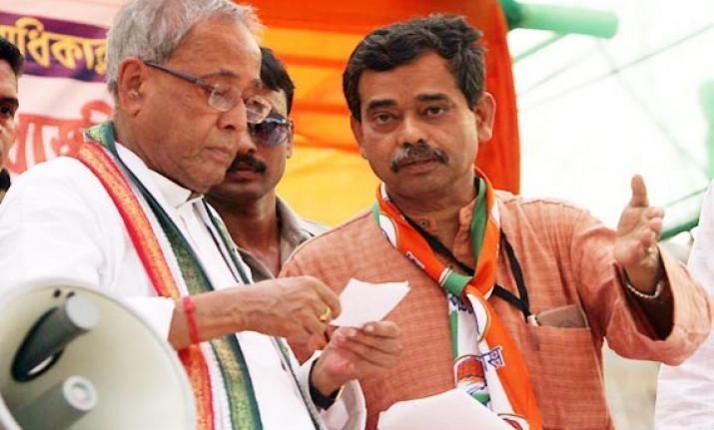 Amid rumours of former President Pranab Mukherjee's demise, his son Abhijit Mukherjee busted all speculations calling out fake news and reputed journalists for spreading rumours about his father's death.

Abhijit who has been announcing health updates of the former president via his Twitter handle tweeted, "My Father Shri Pranab Mukherjee is still alive & haemodynamically stable! Speculations & fake news being circulated by reputed Journalists on social media clearly reflects that Media in India has become a factory of Fake News."

On Friday, Twitter was flooded with news of Pranab Mukherjee's sad demise which did not go down well with his son Abhijit Mukherjee.  He earlier tweeted, "With All Your Prayers, My Father is haemodynamically stable now. I request everyone to continue with your prayers & good wishes for his speedy recovery. Thank You." 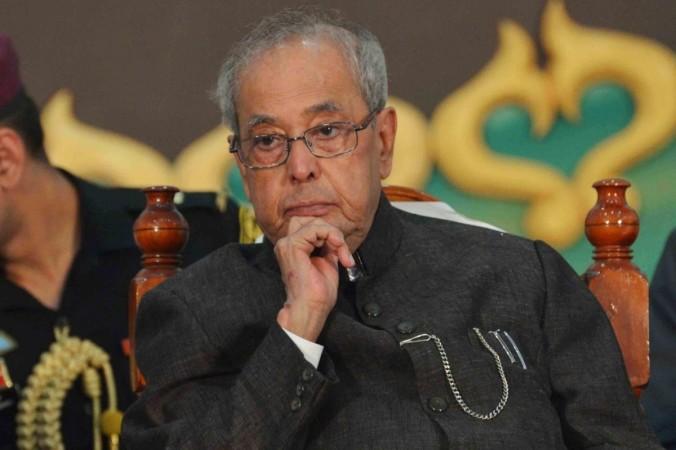 Following an emergency brain surgery two days ago, Former President condition remained critical and remains on ventilator support.  Earlier hospital authorities said, he is haemodynamically stable and on a ventilator," the said in the afternoon. Mukherjee had also tested Coronavirus positive earlier.

The former President, who underwent life-saving surgery for a brain clot on August 10, has not shown any improvement and his health status has worsened, the hospital authorities had said on Tuesday evening.

As per the hospital, the veteran leader was admitted to the hospital at 12.07 p.m. on Monday in a critical condition. It was found that he had a large brain clot, for which he underwent surgery, but remained critical and put on a ventilator.

Braithwaite recovered and included in the Barca squad for the game with Celta, Firpo - out of the application
Barcelona will buy Depay if Dembele leaves. Contract with Lyon striker agreed
The first black captain in the history of Chelsea, Paul Elliott can join the FA Board
Manchester United have opened talks with Barca over Dembele. The club has already contacted the player's agents
Antonio Conte: I like to watch Inter play. We attack, create chances, but we need balance
Cuman about VAR: Disputes are everywhere. I do not know when a hand play is a foul and when it is not. Many different Interpretations
Mourinho about alli: I would have understood if I didn't have enough motivation, but it turned out exactly the opposite. Respect him
Source https://www.ibtimes.co.in/my-father-still-alive-says-former-prez-pranab-mukherjees-son-calls-out-fake-reports-826303

What Time is ‘The Walking Dead’ Season 10 Finale on AMC?

'Are you against evil?': Even Fox can't stand Trump's inability to denounce white supremacists

Miley Cyrus covers ‘Heart of Glass’ and even Blondie approves

Almost 'impossible': Tracking Covid-19 at one of America's largest employers

Faith group deletes mentions of Barrett from its website

The mistake on the lake

The best lip balms for dry, cracked and dehydrated lips

Azerbaijan, Armenia no closer to ending clashes after 4 days

US intelligence agencies have 'not sufficiently adapted' to counter China, congressional report warns

Anitta, Brazil’s Biggest Pop Star, Doesn’t Need the U.S. But Could She Make It Here Anyway?

Female Republican senators laud Supreme Court nominee Amy Coney Barrett: 'This is what a mom can do'

Jernigan signs with Denver 2 days after being cut by Jaguars

Voting lawsuits pile up across US as election approaches

Lakers' LeBron James on time in Miami ahead of NBA final: 'It was a perfect match for those four years'

Burned out by coronavirus, millions of U.S. women want to quit work

Trump says he doesn’t know who Proud Boys are, calls on group to ‘stand down’

Cop shot following Breonna Taylor announcement returns to work, says 'all of us are in this together'

First man cured of HIV has died of cancer

Judge tosses case against CEO over plant fire during Harvey

Senate will vote on resolution to fund the government Wednesday

When 6 Feet Might Not Protect You From the Coronavirus

From Nest Audio to the Pixel 5, here's everything Google announced at Launch Night In

Where Is Chris Watts From ‘American Murder: The Family Next Door’ Now?

How to Manage (and Monitor) Your Reputation on Social Media

His confession about being an ISIS executioner enraged Canadians. Now police say he made it up

Here Are the 9 New Books You Should Read in October

Dr. Pimple Popper wants you to do this to prevent ‘maskne’

The Commission on Presidential Debates says it will change the debate format after Trump’s frequent interruptions.

Some of the most frequently banned books feature LGBTQ stories, library association says

The 9 best cast iron skillets for every budget, purpose and style — including Lodge, Le Creuset, Finex and more

McConnell: 'It was unacceptable not to condemn white supremacists'

The Most Shocking Moments of the First Presidential Debate