The coronavirus pandemic has trashed the entertainment industry, and one of its highest-profile targets has been Disney’s live-action adaptation of Mulan. Originally slated to release on March 27, the film’s theatrical debut was moved to July 24, then August 21, then taken off the calendar entirely.

But on an earnings call with investors, Disney executives announced that Mulan will be released on Disney+, the company’s streaming service, on September 4. It will come with a fee attached: Subscribers will pay an additional $29.99 to rent the film. The company plans to release the film in theaters on the same day in countries without Disney+ (which includes China, the country in which Mulan is set).

This is big news for Disney, which had delayed the film to make sure it could maximize profits by releasing it in movie theaters. Theaters around the world closed down in March out of concerns for public health and safety, and they remain closed in many countries. With theaters in the US remaining in a state of limbo into the fall, the company’s new release plans are a kind of trial balloon that will indicate whether at-home audiences are willing to pay $29.99 to see a movie they won’t even own.

That sounds like a lot of money, though it’s still less than the cost of two or three movie tickets in many cities. (The average cost of a movie ticket nationwide in 2019 hovered around $9.) Add popcorn and soda and the cost is about the same, albeit without the theatrical experience. For some audiences, that may be enough; for others, the plethora of at-home entertainment available on streaming platforms may suffice until the film’s price drops.

On August 4, Disney CEO Bob Chapek said the decision was made due to the pandemic and didn’t represent a future shift in Disney’s business model. But it’s not hard to imagine that if Mulan is very successful on Disney+, the company will begin to ponder more permanent changes. 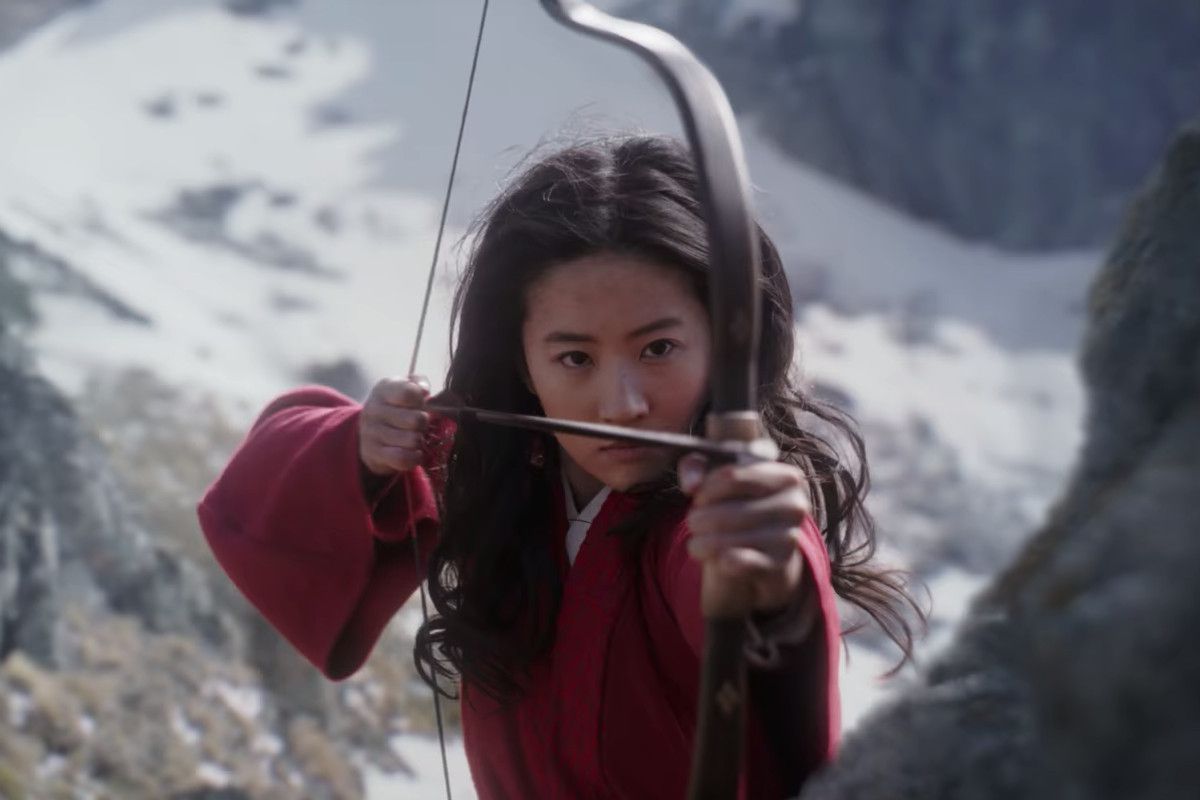 The Mulan decision is one in a string of pandemic-prompted changes to movie release schedules.
Walt Disney Pictures

The Mulan news is just the latest in a string of recent announcements that indicate the pandemic has hastened seismic changes that industry insiders have long believed would eventually arrive.

A week earlier, Warner Bros. announced that the summer’s other extensively delayed high-profile release, Christopher Nolan’s thriller Tenet, would open in 70 international territories on August 26 before releasing in limited US theaters on September 3. The film had initially been delayed to ensure it would be released in the US simultaneously with the rest of the world. But as other countries reopened out of a lockdown state, so did their theaters. Meanwhile, in the US, the vast majority of theaters (with the exception of drive-in theaters) remain closed as states suffer from spiking infection rates and few signs of the virus slowing.

And on July 29, megaplex theater chain AMC and Universal, one of Hollywood’s six major studios, announced they’d struck a deal to shorten the window between theatrical release and a movie’s digital release. Traditionally, a movie wouldn’t arrive on on-demand digital platforms (such as iTunes and Amazon Prime) until months after its theatrical release; now, Universal’s movies can go digital a mere 17 days after playing in AMC’s theaters. (AMC will share a cut of the profits.)

A month past the 2020 midway point, it seems foolhardy to speculate about what these changes truly mean for the future of movies. Theaters and theater chains are in danger of going out of business completely. Even when they reopen, it will be a long time before they can reopen at full capacity. And the fact that concessions are a big part of the theatrical business in the US — but you can’t wear a mask and munch popcorn at the same time — is another giant wrinkle. Movie studios hold the cards for now, but they’re not immune to financial turmoil; with the expensive, large-scale productions that keep the lights on experiencing not just delayed releases but production challenges, it’s not clear how many studios will last, either. Compact release windows and higher digital rental fees, if audiences become accustomed to them, may start to seem inevitable.

There are more questions than answers, and anyone who acts as if they know the future of the movies right now is either a fool or trying to sell someone something. And changes in Hollywood have almost always been propelled by new technologies and social norms, from the addition of sound to the changes in self-censorship models. The advent of streaming is yet another chapter in that book. But one thing is clear: The decision by the biggest business in the entertainment industry to release a tentpole release like Mulan to their digital service signals that the pandemic, and the US’s failure to contain it, is what’s shifting tectonic plates this time around.

Conte wants to sign Inter Gervinho from Parma
Robertson and Trent contributed 33 goals in the Premier League in 3 years - the best result among defenders
In Genoa, 14 cases of coronavirus after the match with Napoli. Neapolitans play Juve on October 4
In the Premier League had identified 10 new cases of coronavirus. Players and staff isolated
Mane scored for Arsenal. Sadio has 3 goals in 3 Premier League games
Lacazette scored after a mistake by Robertson. The forward has 3 goals in 3 Premier League games
Roy Keane: for Solskjaer, the honeymoon at Manchester United is over, the pressure will grow. Need a trophy
Source https://www.vox.com/2020/8/4/21354753/mulan-streaming-disney-tenet-nolan-coronavirus

Wall Street claws back some of its losses from September

Man gets 30 years in 2nd sentencing for beheading plot

Hayes’ sparkling arrival gives Pirates something to build on

How Trump Is Getting So Many Countries to Recognize Israel