MSNBC host Joy Reid has been selected to take over the weeknight time slot that has been vacant since Chris Matthews abruptly retired in March, the network announced Thursday.

“The ReidOut” will debut on July 20 at 7 p.m., as Reid goes from weekend host to the lead-in for MSNBC’s far-left primetime lineup. The spot was long occupied by Matthews’ “Hardball” until he left the network amid sexual misconduct allegations.

Reid’s current show, “AM Joy,” will feature various guest fill-ins until a permanent replacement is named later this year.

“I’m honored and thankful for this opportunity,” Reid said in a statement. “I’ll always be proud of the work we did on ‘AM Joy’ by pushing the envelope and tackling pragmatic conversations. I’m eager to carry that same energy into the 7 p.m. hour where we can continue to build on bringing in diverse, smart, and accomplished voices to the table on topics that are important to our viewers.” 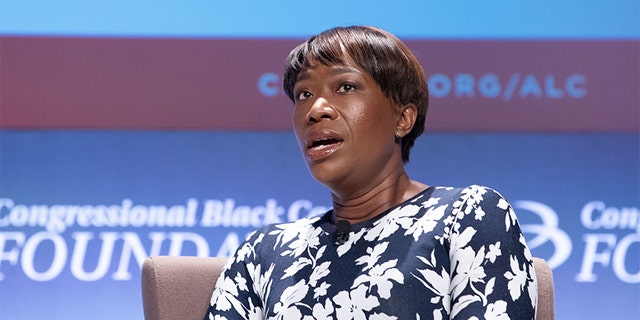 MSNBC President Phil Griffin said he was “thrilled” to have Reid on five nights a week.

“She’s thoughtful and brings so much depth to her reporting. She’s made for this moment,” Griffin said in a statement.

Reid spoke with The New York Times on Wednesday ahead of the announcement and expressed what the promotion means to her.

“I am a Black mom, a Black woman, a Black daughter,” Reid told the Times. “I am also a journalist who can conceptualize that pain from a unique point of view. Every day I’m in this job, I’m very conscious of that responsibility to make that collective voice heard. It’s unique to do that as a Black woman.”

The Times also asked Reid about her infamous blog scandal, which made her a household name to non-MSNBC viewers as it played out it public.

Back in late 2017, it was revealed that the MSNBC host’s old blog, “The Reid Report,” contained dozens of homophobic and hateful posts.

Reid initially apologized, but when a  ‒ about some lesbians' short haircuts and her objections to seeing men kiss men, among other homophobic remarks ‒ Reid then claimed she’d been hacked, and MSNBC circulated a much-panned statement from a computer hacking “expert” which sought to make that case.

Reid originally claimed diabolical hackers planted the hateful posts on her pre-fame blog -- and even enlisted the FBI to help get to the bottom of it.

The Daily Beast, which had suspended Reid as a contributor, conducted its own investigation and concluded that claims made by Reid’s cyber-security expert Jonathan Nichols that “screenshot manipulation” took place were false. Critics have pointed to the Internet archival service The Wayback Machine, which showed that the anti-gay articles were preserved at the time they were written and refuted the suggestion that hackers could have manipulated their archives. Others joked that time-traveling hackers must have been responsible.

Reid addressed the controversy the following week on her show.

She did not take ownership of her blog posts like she did in her first apology, telling her viewers, “I genuinely do not believe I wrote those hateful things because they are completely alien to me.” However, she offered an apology anyway and many MSNBC personalities rushed to her defense.

MSNBC stood by Reid throughout the ordeal and the FBI never publicly commented.

Asked about the scandal by the Times on Wednesday, she said, “It’s two years ago, so I don’t spend a whole lot of time thinking about that old blog. What I genuinely believe is that I truly care about the L.G.B.T. people in my own life. I care about being a good ally, a good person, and making sure that my voice is authentic, that I can make a difference."

Reid first joined MSNBC in 2011 as a contributor and worked for President Barack Obama's campaign in 2008. She graduated from Harvard University in 1991.

Fox News’ Joseph A. Wulfsohn contributed to this report.

Brunu has scored 11 goals in 20 games for Manchester United. 7 of them were penalties
Lukaku has scored in 9 consecutive Europa League games. This is a tournament record
Konstantinos Tsimikas: Liverpool is the biggest club in the world. I supported them as a child
Marotta on the match with Bayer: I am very optimistic. Inter wants to win the Europa League
Manchester United are unhappy with the way Borussia was leading the negotiations for Sancho. The Germans did not want to communicate directly
Liverpool have announced the purchase of defender Tsimikas from Olympiakos
Bordeaux appointed ex-assistant Blanc Gasse as head coach
Source https://www.foxnews.com/media/msnbc-promotes-joy-reid-chris-matthews-slot

Ask A Sane Person: Luc Sante On the Unglamorous But Crucial Building Blocks of Democracy

Trump's $400 in unemployment aid: When will it start?

Aquarium Is Washing Old Wishes To Pay Bills During Pandemic

Bubble house has nature views and movies under the stars, pictures reveal

As Belarusians take to streets, authoritarians rally behind Lukashenko

The new song 'WAP' is a joyful gender role reversal. Of course people are mad.